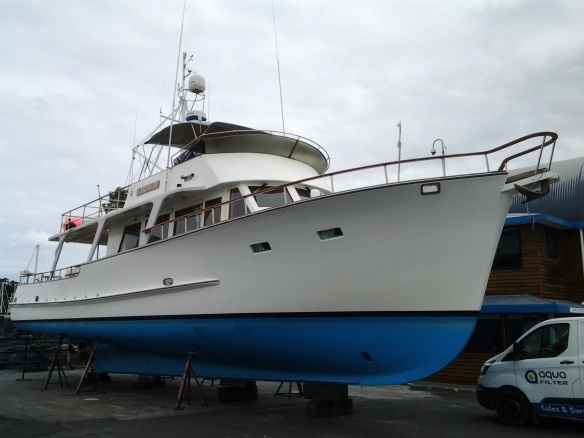 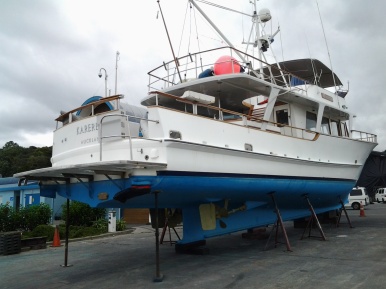 Karere III was designed & built by Bob Salthouse in 1974 of 3 skins of Kauri (one full length & 2 on opposite diagonals) for Logan Colemore-Williams of the very well known  marine products manufacturer of that era, Sonata Laboratories.
Karere III was 53′ long originally & powered by 2 x model 3208  Caterpillar V8 naturally aspirated 210 hp diesels. The same engine was used in single engine installations in many of the Mark One 36′ Corsairs designed by Bob S. & built by Bobs company. Her hull was used as a ‘plug’ for several more boats of the same spec.

She was later lengthened by approximately 6′ to extend her at the stern to around 60′ long. This was done in Picton by Jim Cary, to design work done by & under the direct supervision of Bob Salthouse, whom they flew down to Picton to supervise the project. This is evidenced by the position of the propellers & rudders in photos above of her on the hardstand at Gulf Harbour on 4.2.16.

Bob reports that her speed was increased quite markedly by several knots with the addition of the extra length. Bob also commented that she spent quite a period of time in the Wellington region, but is  now back in Auckland. Kept at Bayswater marina I pass her every time I come & go, in the water she looks even more impressive.

2016 Lake Rotoiti Classic & Wooden Boat Parade – just back, hundreds of photos to sort thru – be sure to check in Tuesday – a very cool big post coming up.
I particularly like the photo below – two woodys having a chat in the rain. On the left Lake Rotoiti Classic & Wooden Boat Association Commodore Grant Cossey in his 1908  Collings & Bell launch ‘Elva’ & Russell Ward in the 1994 steam boat ‘Romany’. 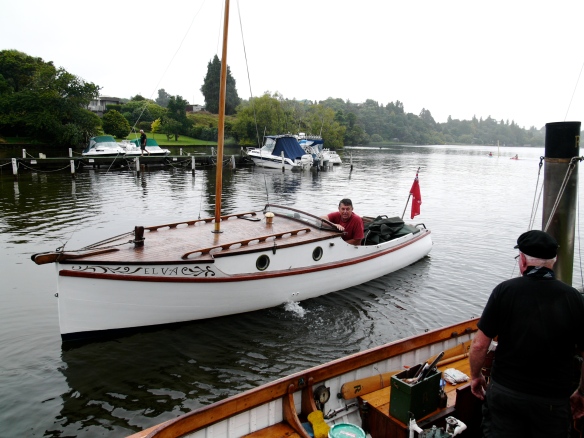 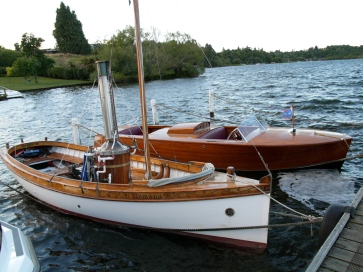 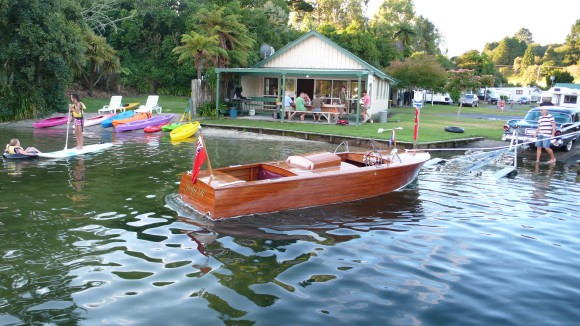 The Two Extremes Of Classic Boating

While at the 2014 Classic & Wooden Boat Parade on Lake Rotoiti at the weekend I had the opportunity to experience the two extremes of classic wooden boating.

Firstly on Saturday morning I was a invited for a tour of the bays by Russell Ward, the skipper of the steam boat ‘Romany’. I have a bit of a thing for steam so this was very special.

The days activities had been postponed due to crap weather- it drizzled all day, so getting out on the lake was a bonus.

Late in the day the opportunity arose to take a ride in Shawn & Cathy Vennell’s ‘Judy H’, a replica 19’6″ Chris Craft runabout powered by a 5.7 V8. Doing 75kph across the lake at dusk with a V8 roaring in your ear is stunning – the acceleration was like a drag car & the ride was so smooth. Now this may not appeal to the yachtie ww readers but myself & Chris Miller were ‘moved’ 🙂 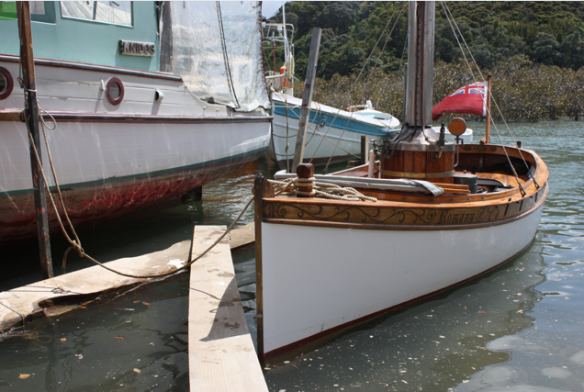 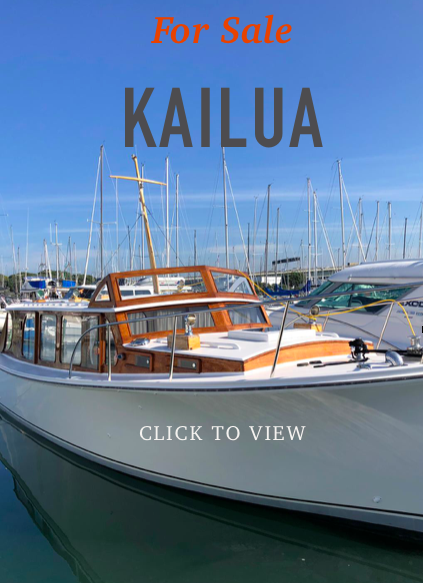 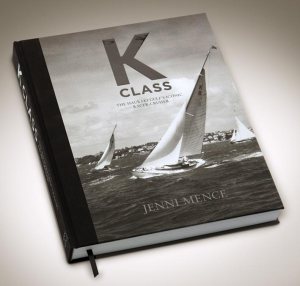 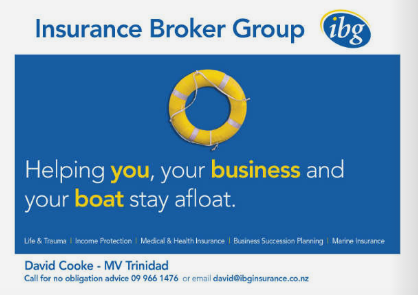 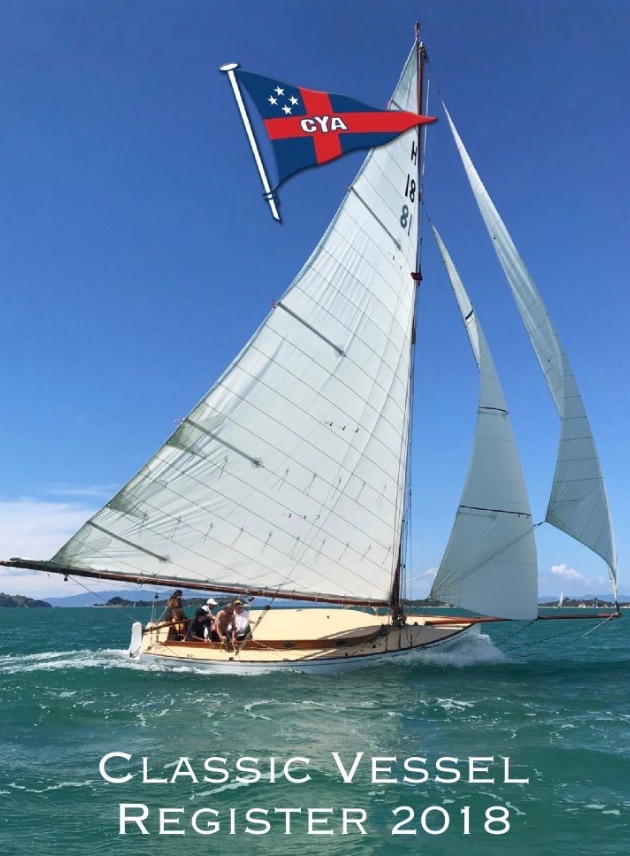