As promised todays WW story is a doozy, we travelled down to the lake very early on Saturday morning and were hosted by the clubs commodore Dave Wilson and wife Glenys, who own the magnificent 1947 Colin Wild built bridge-decker – Haumoana. The launch is kept at the end of the lawn at their lakeside property (photos below) – More details on Haumoana here https://waitematawoodys.com/2014/06/05/haumoana/

Dave lent me is ‘fishing boat’ – the f/glass runabout seen the photo below, to use as a photo boat for the parade – fingers crossed no one got a photo of me at the helm 😉

Close to 80 classic and wooden craft of all shapes and sizes – power, sail, oar and steam participated in the days events – starting with a parade that snakes around the waterfront properties and vantage points. Post parade every one heads off to Wairoa Bay for an old school boating picnic – being lake based, no issue with tides or anchoring, people just nudge up to the shore – perfect for checking out each others woody.

The afternoon activities had something for everyone – adults and kids activities (egg throwing, bucket diving for sweets etc) + lots of cool prizes to be won.Without a doubt its the best organised and executed boating event I have been to – very slick and the bonus – lots of nice friendly people – we like that 🙂

Enjoy the photos. As always – click photos to enlarge 😉 If I missed your boat, sorry but one boat and one camera can only be in so many places at one time  – next year.

ROCKY BAY CYA LAUNCH RACE
Saturday was one of those days that started out looking good, turned crappy (on lots of fronts), got better and then finished average. A gallery of photos above – launch race and in the bay, not a great day weather wise for good photos.
From a launch view point, it was the first launch race in the CYA’s summer racing series and excuse the pun – it got off to a rocky start e.g. start boat broke down and had to call Coast Guard for a tow. Jason Prew deputised me into starting the race, only 4 boats so that was easy. Then 3/4 of the way into the race I got a call from the CYA finish boat, “running late, won’t be there to take finish times”. Bet they weren’t late for the yacht finish…………. Alan Good on Lucille was given the job of recording the times and these were relayed to Jason Prew who calculated the handicap results. All that aside Lucille, Kumi, Ngaio and Meloa all  played well together and crossed the line in that order.

As a woody treat for the launches WW arranged with Waiheke residents Tim Evill and Mark Stratton to secure access to moorings in the bay for the night – thank you Mark and Tim 🙂 Several more launches cruised down but conditions in the bay were ‘unpleasant’ so they and it would appear a large % of the yacht race fleet, either went else where or headed back to the city.

Along with the mooring access came an invite to attend Happy Hour/s at the Rocky Bay Memorial Cruising Club, with a 3pm start time it was perfect timing for a catch up before the CYA prize giving in the village hall. The club rooms are perched on/over the western end of the bay and a pleasant time was had by all. The club has a very cool, new t-shirt – details at link below
https://www.rockybaycruisingclub.co.nz/for-sale

We had to be back in the city later in the evening, so departed the club around 6pm, collecting CYA secretary – Joyce Talbot, who also needed to be city-side. Trip back was very average but the company was good.
SCORE CARD Weather – 4/10 Organisation – 2/10 On-The-Fly Recovery 11/10 Hospitality – 10/10 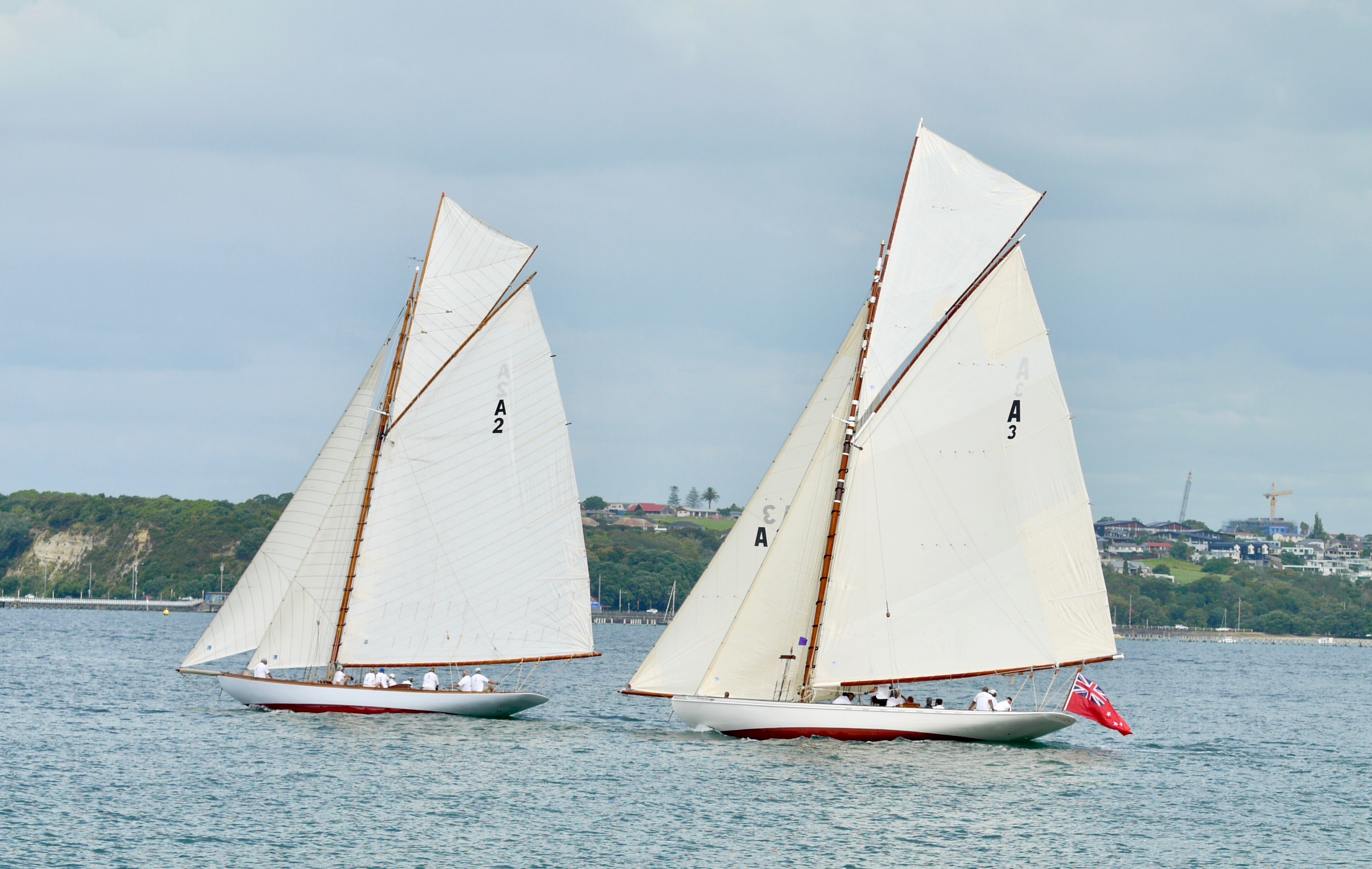 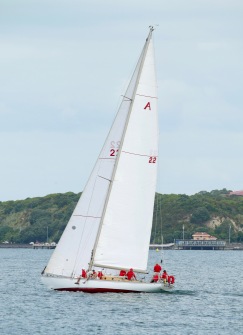 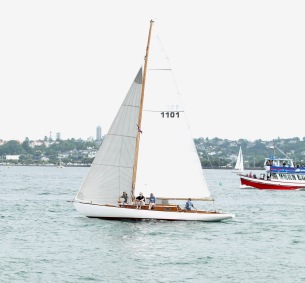 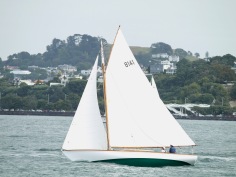 At the end of the day I shot down to Devonport Wharf with the tele-lens & just caught the fleet sliding down the harbour, a little overcast but that would have been a + for the crews.
I’ll attempt to ID the yachts – scroll over the photos to see names – if I get it wrong, let me know 😉
As you read this I’ll be winging my way south to Lake Rotoiti (Nelson Lakes) for the 20th NZ Antique & Classic Boat Show, mooching around Nelson for a few days so should have some good southern content next week. 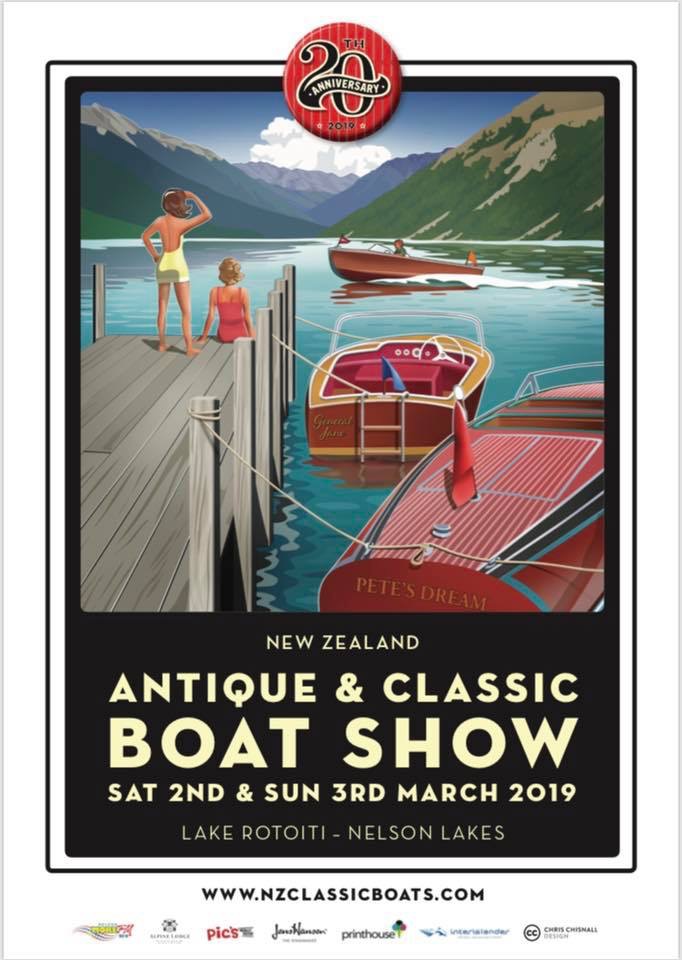 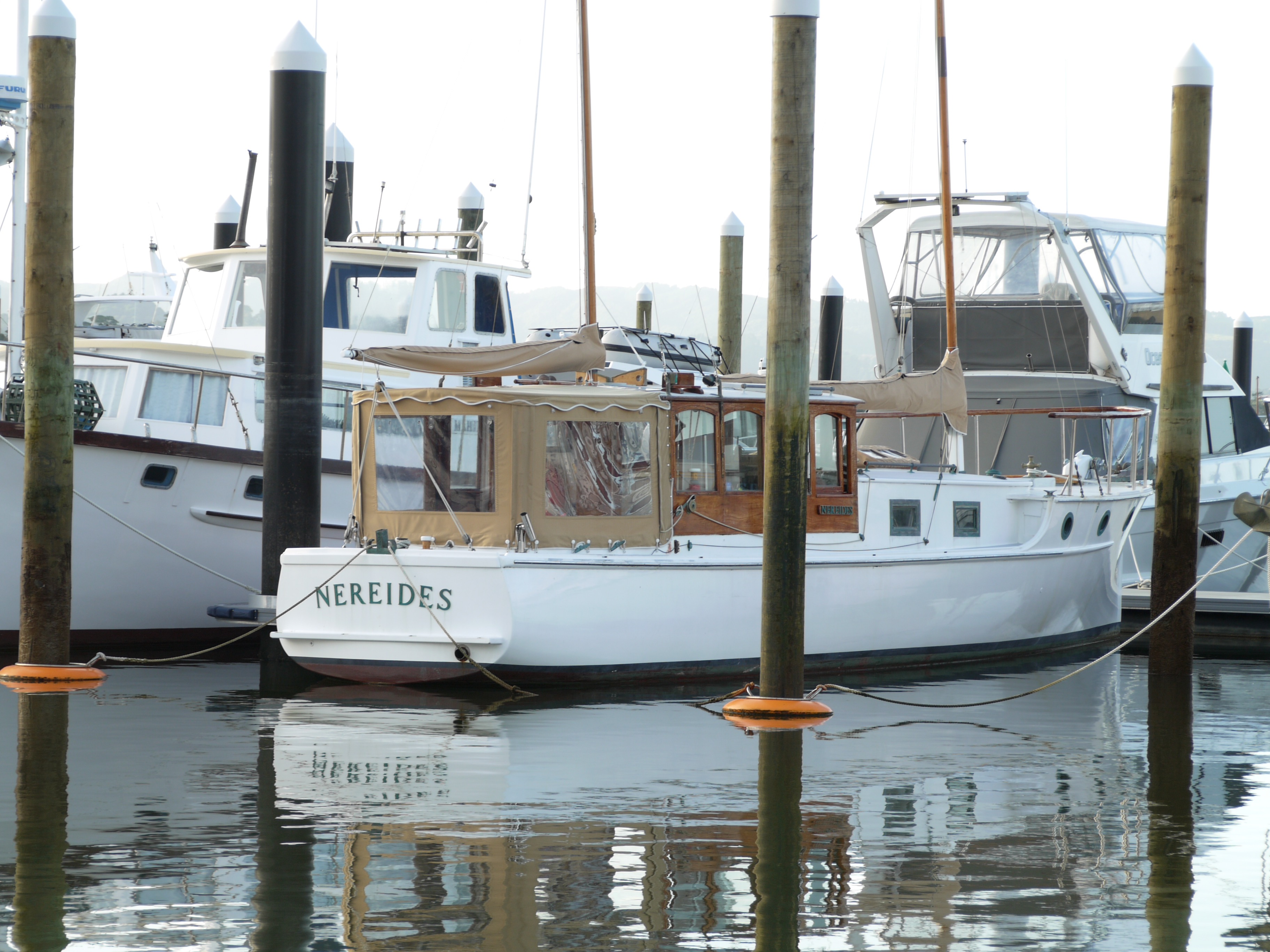 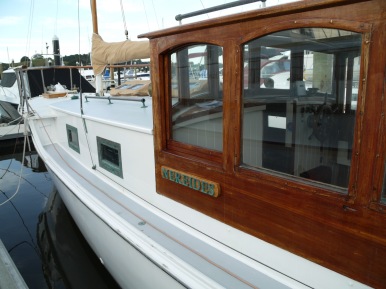 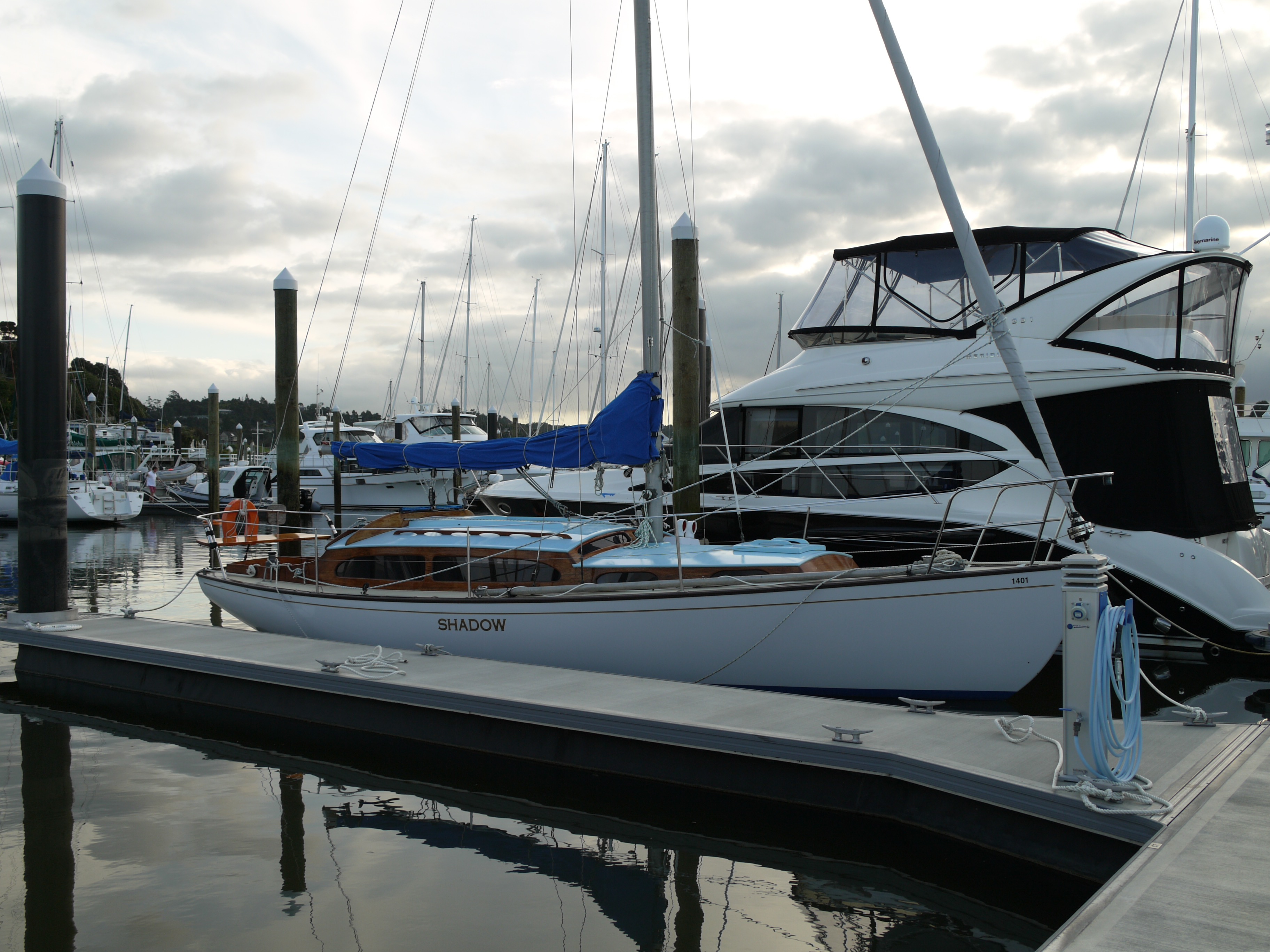 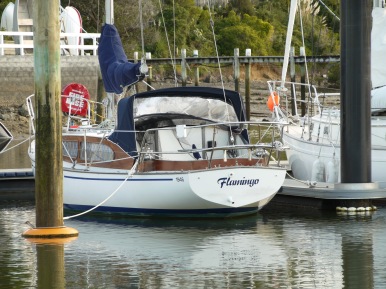 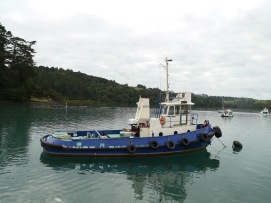 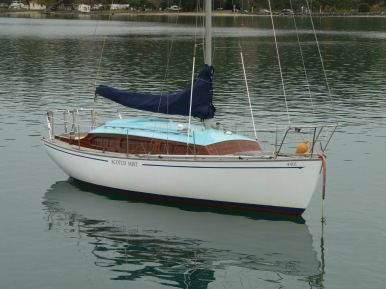 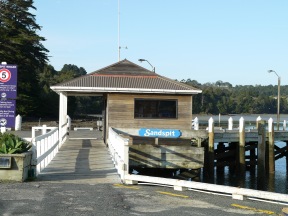 A couple of weeks ago I was up Sandspit way & spent an hour or so mooching around the new (ish) marina. Very impressive set up & with the yacht club’s haul-out facilities its a prefect spot to keep a woody. The real win win factor is the proximity of the ‘Greg Lees Boatbuilder’ yard, in recent years Greg & his talented team have rubbed the magic wand over some of our finest classic woodys. Just type Greg Lees in the WW search box to see the level of workmanship & perfection.

I have included a few photos of the motor camp where I stayed with my ex woodys boater – Chris Miller in this stunning motor home.

A real bonus was the amazing meal & service we had at the Sandspit Yacht Club on Saturday night – I was expecting burgers & fries but no – everything – décor, service & the food was superb – check it out if you are up that way. The scallop entree was as good as anything you would get in Auckland City. Photos below. 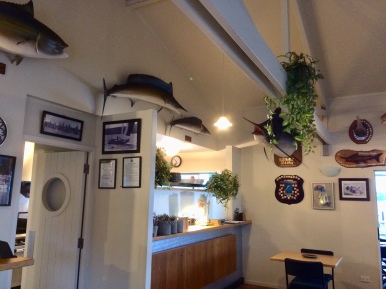 Update: I have been sent by Dean Wright the photo below of the dinghy ‘Tiki’ in happier times 🙂