When launched at Freemans Bay on Christmas Eve (11.55pm) 1922, Fox II was named Iris Eileen after the owners (George W.A> Elley) daughter. Designed by Charles Gouk who also supervised the build by her owner. Fox II is 48’6” on deck, with a beam of 12’6” and draws 5’.

Over the years her owners have included – Fred Arnold, Billy Silver, Lou Cahoon, O’Brian, Michael Nola and Mike Vela. She was re-named – Fox II in 1937, when Arthur Policandriotis took ownership. Story goes no one could pronounce his last name, so called him – ‘Arthur the Fox’, after his first boat.

When launched she was rigged as a ‘Gaff Cutter’ with a steel centre-board and tiller steering. The first engine installed was a 7hp steam engine from Whangaroa. She fished out of Port Charles for crayfish and would come to Auckland to then cook them, using the steam from the boiler, selling the crays at the wharf.

When the Nola Bros bought her in 1940, they fitted a new Kelvin K3 diesel. Starting the K3 was a performance  – she had a petrol start with its own magneto and carburettor. The petrol pumped to each of the 3 cylinders, with a large atomiser, then it took 15 pumps in the carburettor. A hand crank was lifted over TDC, with the compression lever open. The spark plug would ignite the gasses and when the revs got up, the lever would be thrown to bring on the full compression and start running on diesel.

Fox II fished out of Auckland as AK59 with the Southern Seas Food & Export Co. She was sold to Jack Lidgard in the 1970’s, then onto Dave Skyrme and then Iain Forsyth + others. Ian Forsyth converted her back to sail. Rebuilding a new wheelhouse over the engine room. The fish hold became the main saloon and an aft cabin was also added.

Fox II is now based in Akaroa / Lytteton and takes out dolphin watching parties.

Fox II popped up on WW back in April 2018 where Barbara Cooke spotted her in Akaroa, when they were circumnavigating NZ on Trinidad. At the time the story generated a lot of comments and input from people connected to the vessel – worth a read. https://waitematawoodys.com/2018/04/13/fox-ii/

Details and photos come to us from Iain Forsyth, who these days owns the stunning 42’ Miller & Tunnage, 1961 built, ex work-boat – Meola. See and read all about Meola at the WW links below

Saturday was a first (in a long time) on the classic launch scene – we had a launch race around Rangitoto (+ Motutapu) , now a race is not that unusual , but female skippers only (helms person) is – the winning skipper on Kumi would have failed a chromosome test but the race committee (Jason Prew) was swayed by the skippers attire 🙂

The post race BBQ at Islington Bay  proved more popular than the race and 11 woodys dropped anchor in the bay for the BBQ. We all tend to forget about this location, great sunsets and easy anchorage. Cool video of My Girl sliding back down the harbour at dusk. On route I caught the tail-end charlies in the yacht fleet who also raced around the island – photos below.

A question – if you’re a large A-Class gaffer (no names but its painted black) and you constantly finish at the back of the fleet, as you did again on Saturday, why would you sail so close to a mark that you hit it? The rules say you are out of the race for that – BUT what makes it worse is when the mark is a classic launch and it is the finish boat, and all the yacht crew do is laugh 😦  The invoice for repairs will be in the mail. Yachties wonder why launch owners do not put their hand up when asked to perform this task, I suspect they will struggle even more for ‘volunteers’ in the future 🙂

UPDATE– Combine the above with another A-Class yacht (no Prize for guessing which one it was) colliding (yacht in the wrong) with a very large classic launch at Mahurangi and the yacht skippers / crew post collision arrogance – the CYA maybe needs to have a wee chat re rules and manners. Just because your are a classic yacht you don’t get any special privileges 😉 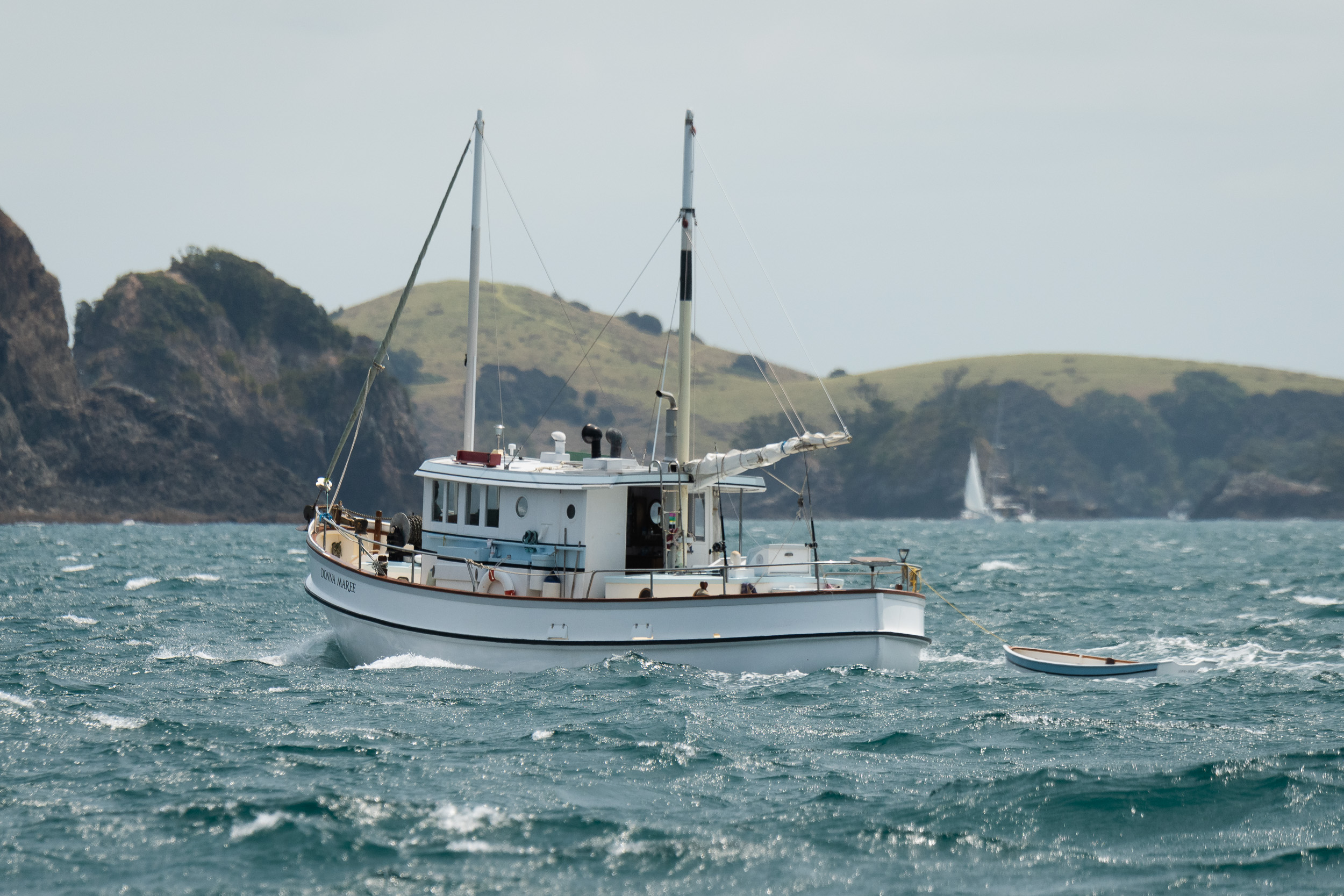 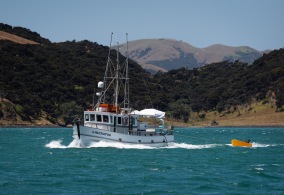 Yesterday we featured a gallery of classic wooden launches that photographer Dean Wright has snapped over the xmas / new year period in the Bay of Islands.
Today we get to view some magnificent examples of ex work boats, now enjoying their twilight years as leisure craft.
Meola steals hearts where ever she goes and has made numerous appearances on WW.
Donna Maree was built by Jorgensens at Waipawa, Picton for Charlie Hebberley for the Tory Channel- not sure of the date. Now owned by Cal Crook.
I’m in the dark on details on the other to boats – Liberator and the unnamed one.
All the boats featured yesterday and today are stunning examples of why we love classic boats – the photo below unfortunately is an example to what we see hanging out in the Bay of Islands at this time of the year – “a face only a mother could love” 😦 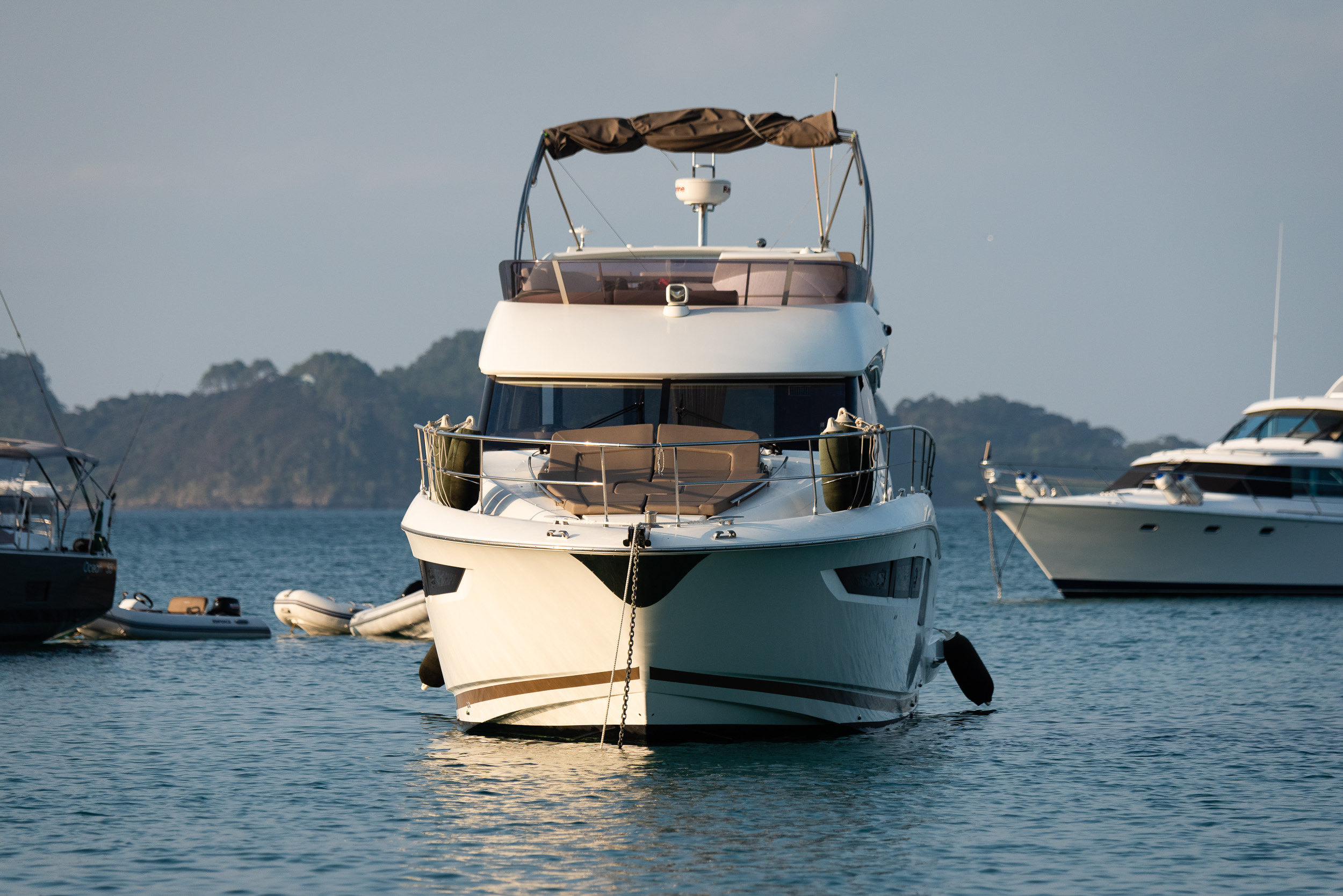 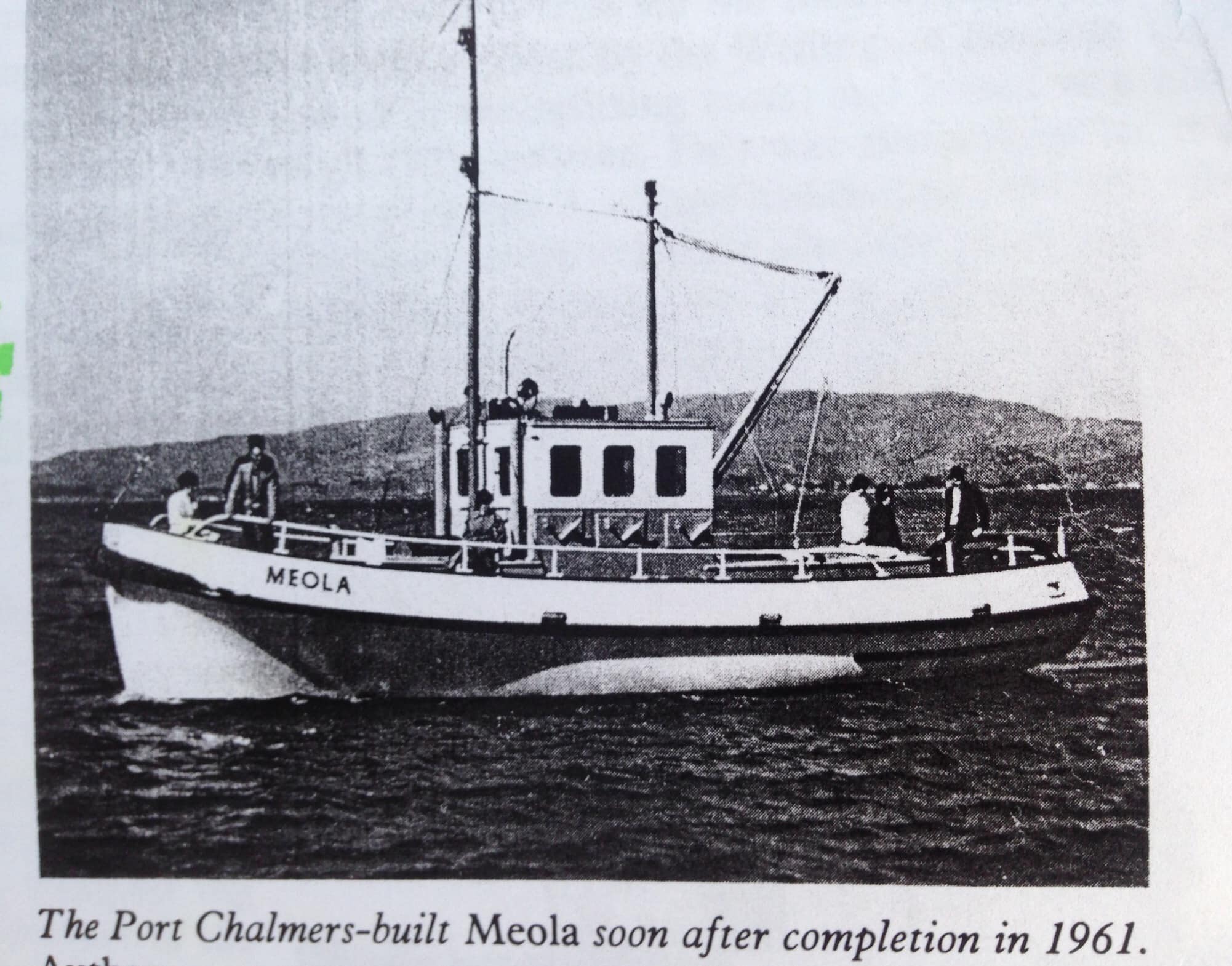 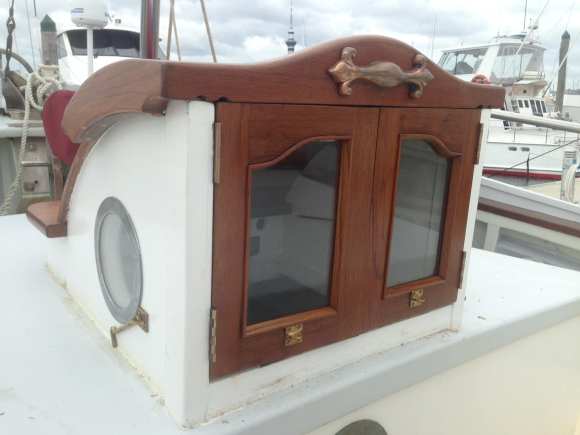 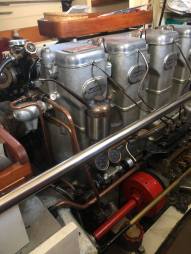 Meloa – A Peek Down Below

I was sent a link to the amazing collection of photos above of the 1961 Miller & Tunnage  ex work boat Meola by woody Peter Mence. Owner Iain Forsythe  has had Meola for 4+ years and in this time he has used his eye & hand skills to turn her into one of the saltiest boats in our woody fleet. Check out the link below for more photos and detail

Input for Harold Kidd – Her first skipper was Charlie Miillett who served his time as a boatbuider with Chas Bailey & Sons, went to Tauranga boatbuilding and became a top skipper in the game-fishing fleet there.