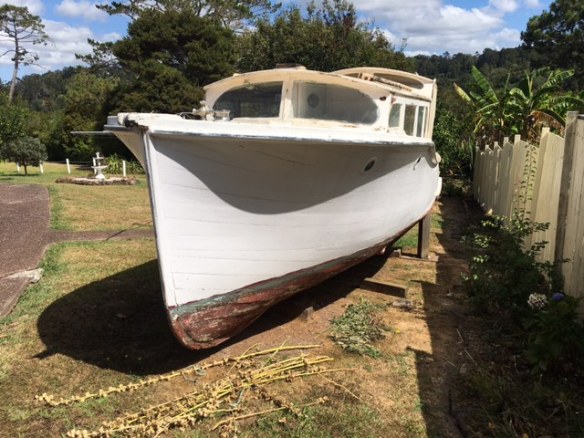 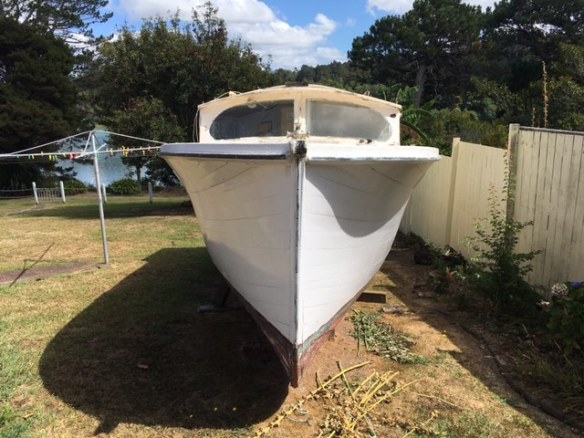 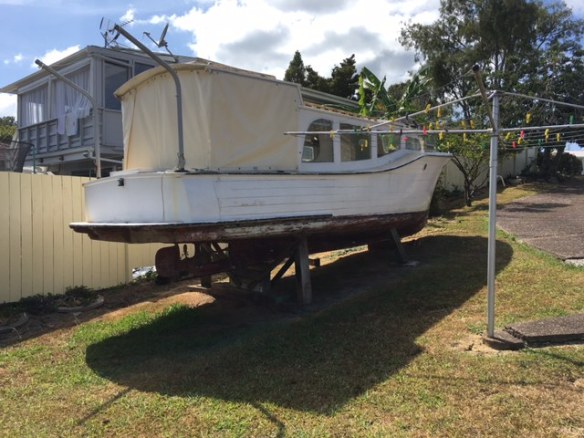 A friend of mine was working last week on an Auckland property and spotted the above woody on a neighbouring property. Being a friendly chap he introduced himself to the property owner, who god bless her is well into her 80’s and lives alone. The boat has been in the family since the 1970’s and she and her late husband used to cruise the gulf in her. She even went solo after he passed away 🙂
What we know is that the owner is fairly certain the launch is a Sam Ford, 24’ in length but the husband added a few feet to the stern.
Prior to being hauled out she was kept on a swing mooring in the Beachhaven Wharf area. She may have been named Avalon.
Note the ‘eyebrow’ over both sets of forward facing windows – its an often over looked feature that really adds a salty look to the right vessel.
I’m interested in ID’ing the launch and also agreeing on the design / builder – I’ll be shot down in flames, but to my eye, she has a hint of Couldrey to her. Nathan H………….. help me 🙂
Now the interesting thing is, to the right buyer, she could possibly be acquired. Price tba but you wouldn’t need to see the bank manager for a loan 😉
I have kept names and boat location out of the story – the last thing the owner wants is a stampede of people knocking on her door.
Input from Cameron Pollard – She is a Sam Ford and named Avalon. 1954 launch day photo below.