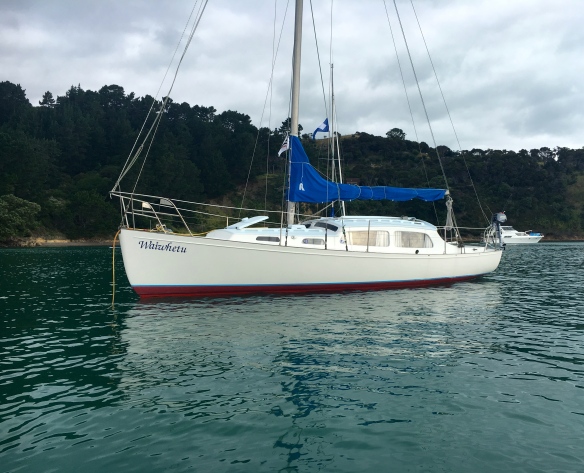 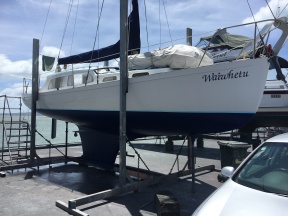 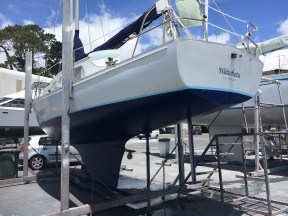 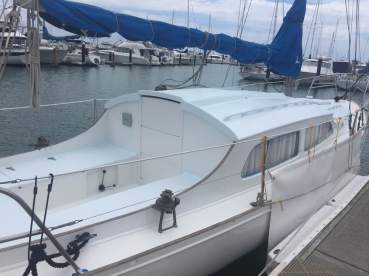 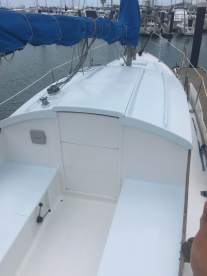 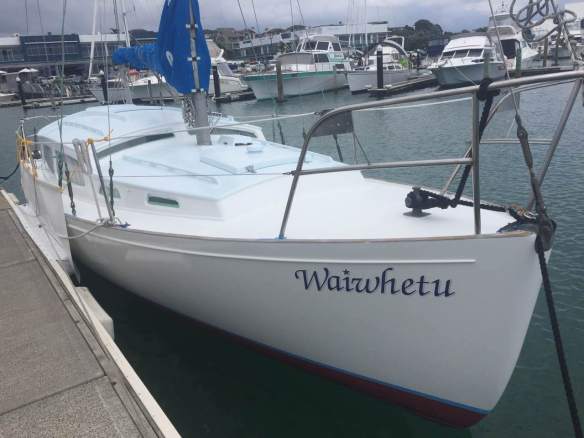 The 30’ keeler – Waiwhetu, was built in 1965 by Des Townson and his father in Des’s Morrin Road factory for Tulloch Kebbell. She was launched 31st January 1966.
Tulloch Kebbell owned her for 48 years, selling her to the current owner Blu Steven in Feb 2014.
Blu commented that these days she has a Drofin 12hp diesel twin engine (that replaced the original Ford petrol unit) and he has added several of mod cons such as a VHF radio, GPS unit, twin battery setup, new water tanks, wiring, engine mounts, stern gland, and a fire extinguisher, but Blu has deliberately kept it as close as practicable to how it was in the 1960’s. That means hanked-on head sails, below deck anchor storage (no windlass or even a bow-roller), and an ancient gas stove (that replaced the original Primus).
Waiwhetu is a darling to sail, and has a very good motion and can be balanced to provide a neutral helm that will track in a straight line while conditions are stable.
Refer below the original copy of the – specification of materials, work and payments – if to hard to read – below is a link to a viewable PDF file.
Waiwhetu original spec sheet 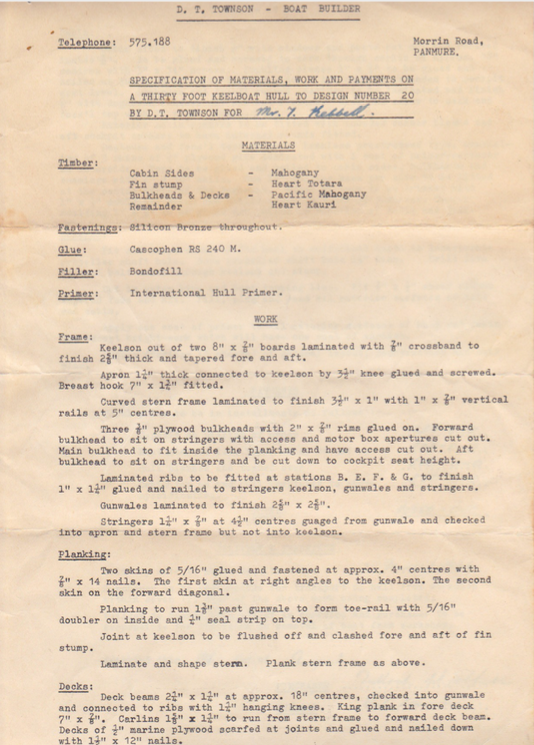