A Woody Quiz
Name the vessel, location, what’s happening in the photo and if you are really good – the decade the photo was taken.

All correct entries go into the draw to win an Off Center Harbor cap (made in the USA). Competition closes at 8pm 27 July, 2021 – Entry via email only to waitematawoodys@gmail.com

MYSTERY LAUNCH > LEVANTER > VINAKA
I think this ones going to be a goody – the two photos above were uncovered by Bill Brown in his families photo collection. Bill is my new ‘best friend’ – his family in the late 1960’s > early 1970’s owned my launch – Raindance. Then called Lady Gay. Bill sends me photos of her when he uncovers them – I like that 🙂

I can just make out the word – Whangarei, on the truck door.I suspect even Nathan Herbert will be scratching his head today 🙂 First one today that correctly names the boat (draw if more than one send in the correct answer) wins an Off Center Harbor cap. As always entry is only via email to waitematawoodys@gmail.com 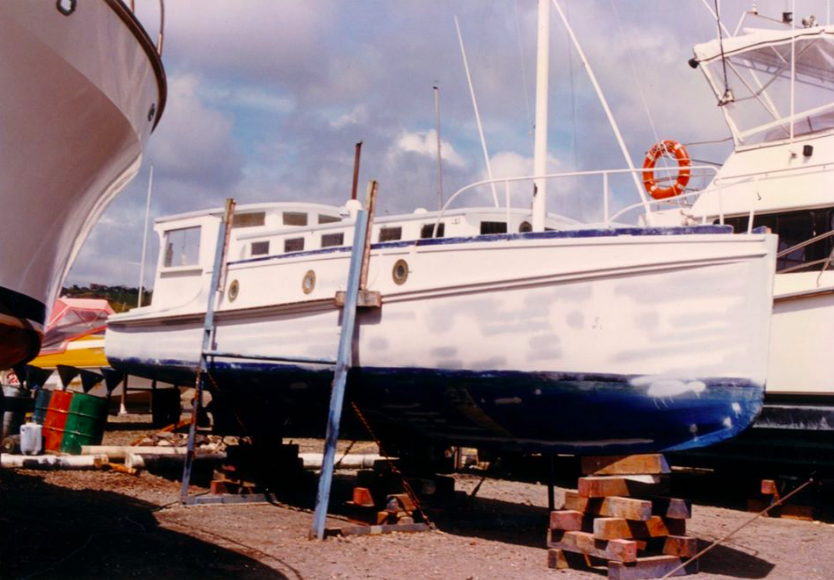 Recently on Michell Hutching’s fb the photo above popped up as an unknown launch, hauled out at an unknown location.
The photo is ex the Williamson family collection.
Quick as a flash Jason Prew commented that the boat was named Princess Pat and that killed off the on-line chat.
Today’s woody questions are:
1. Is Jason correct? he is after all, not Nathan Herbert 🙂
2. If she is PP, what is known about her past, she has no profile on WW
3. Where is she today
20-07-2020 Harold Kidd Input – PRINCESS PAT was built by T.M. Lane and Sons in 1914. She’s been around ever since, although she spent most of her life from 1922 until 1938 as CATHERINE, reverting to PRINCESS PAT by 1944 when she was badly damaged in a collision with the vehicular ferry EAGLEHAWK. Pretty well-known launch!
21-07-2020 PS When PRINCESS PAT was in the EAGLEHAWK collision in 1944 there was a pic of her half submerged in the Herald (refer below). It showed four portholes in the port side raised deck, one forward of the chain plates. I guess it’s possible she had four to port and three to starboard (as at present), or that the the forward port one was filled in during her reconstruction or later again.


It’s no secret that the CYA struggles to attract good candidates to stand for ‘office’, but then they don’t help themselves. See below. How can you vote when you don’t know who the candidates are? Then maybe its a ploy to discourage Proxy Voting ……… nothing would surprise me 🙂
And yes woodys – I have pointed the mistake out twice to the CYA and still no advice to the members or updating the website.
UPDATE – 21-07-2020 The Oops has been fixed, 12 days after pointing it out 😉
Proxy Voting Closes at 5pm Monday 27th July 2020
Nominations Close   at 5pm Tuesday 28th July 2020 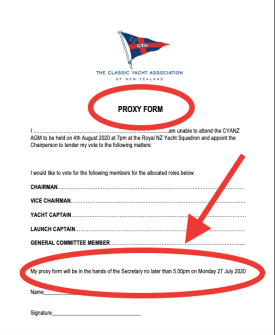 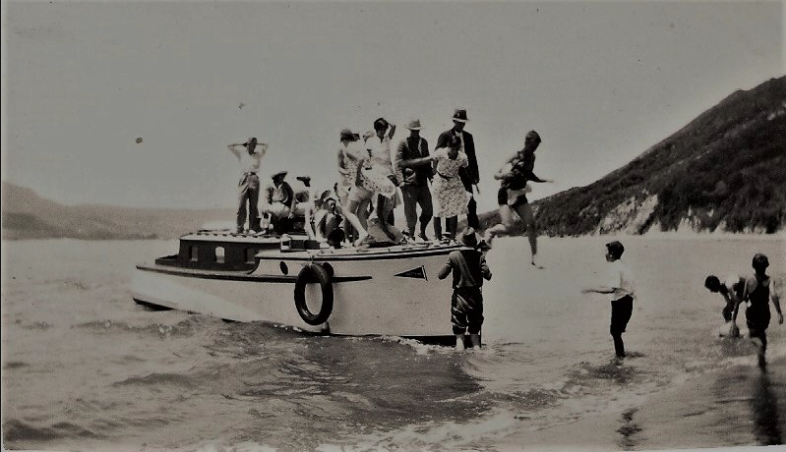 The above photo comes to us via Lew Redwoods fb and shows a very smart launch unloading passengers at an unknown beach – possibly on the Hokianga Harbour. Photo ex Sheran Webb.

On my count there are 17 people aboard……….. not sure how many that Mk1 PFD would support 🙂

Anyone able to shed some light on the launch, she is way to pretty to be an unknown.

A couple of excellent videos below- enjoy

Check out this video ex ‘My Classic Boat’ from the 2016 Thames Traditional Boat Festival, a little OTT in places but some very cool woodys.