Big Woody Gets A Face Lift

The 1965 Salthouse built woody – Trinidad is currently tucked up in the Greg Lees Boatbuilder shed at Sandspit getting some botox i.e touch-up coats to the coamings and wheelhouse and a re-paint of the topsides.

Yesterday, the brains trust from the yard + Akzo Nobel (AWLWOOD MA & International Paints) + AWLWOOD MA Guru (Uroxsys founder) David Waddingham met to discuss the upcoming work on Trinidad, she is a bit like their in-house model. It was interesting to be a fly-on-the-wall and hear about the latest thinking on application / thinning / primer techniques and their newish line extensions eg the Multi-climate gloss finish. The product has come a very long way in the last few years.
You can see from the last two photos that the GL’s boys only just manage to get the doors closed when Trinidad visits, very cozy.

While there, foreman Dale Collins, flipped the covers on his recently completed clinker dinghy (photos below) – stunning and woodys its 4sale 🙂

If you are planning on joining the fleet for the cruise up the Riverhead river to join fellow woodys for launch on Sunday November 8th – drop me a quick email with boat name and approx crew numbers waitematawoodys@gmail.com 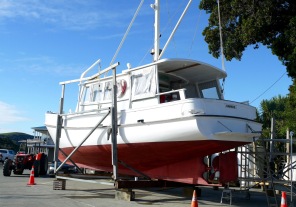 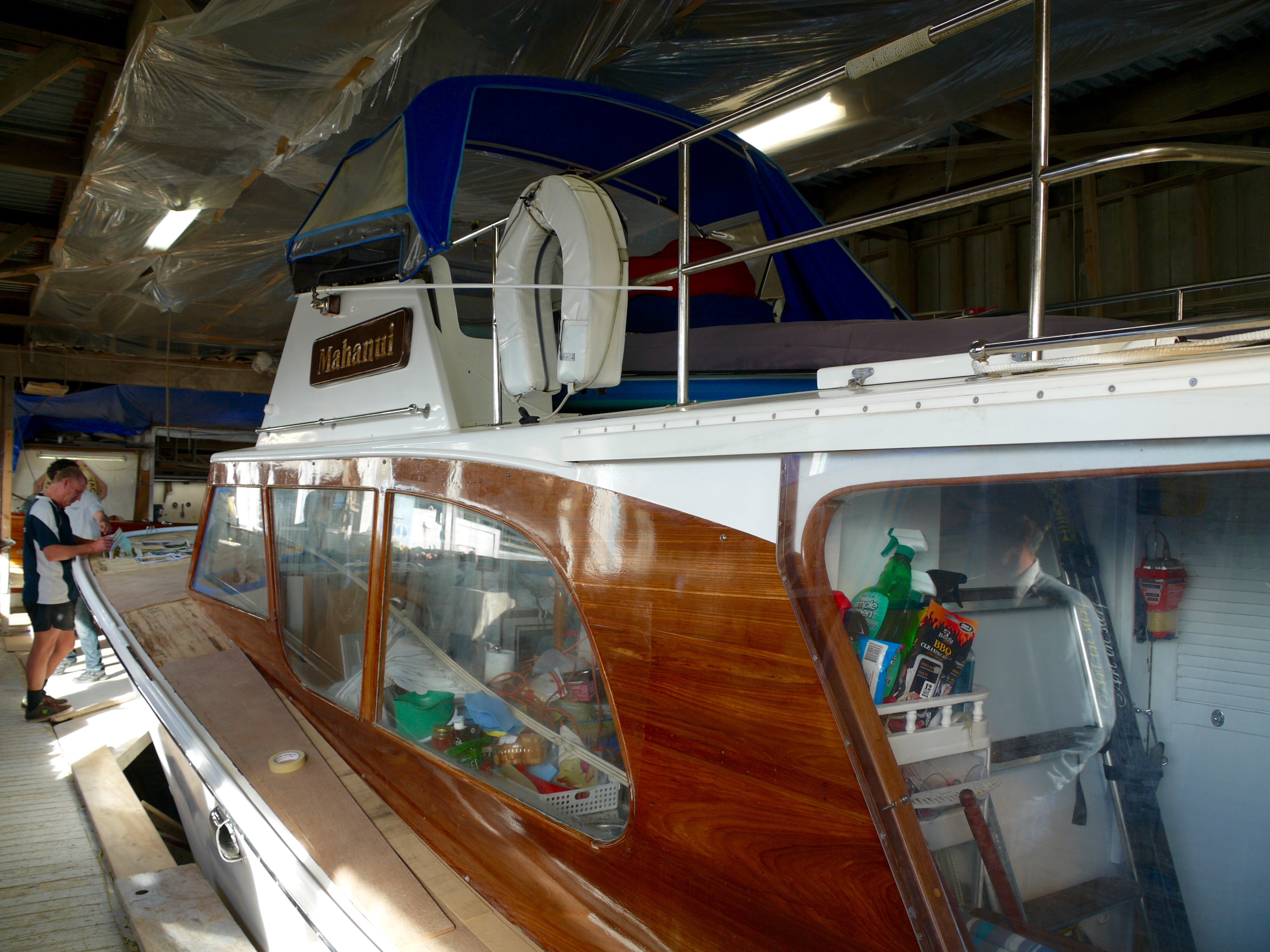 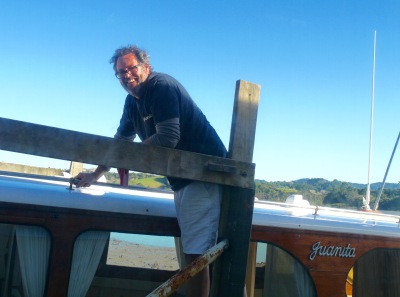 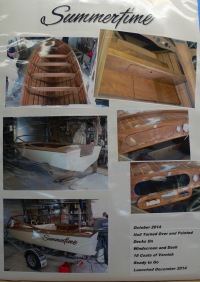 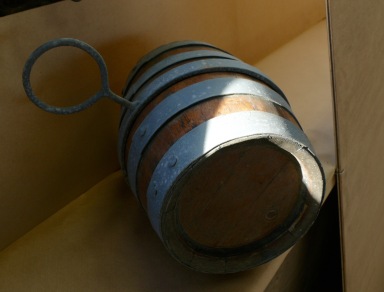 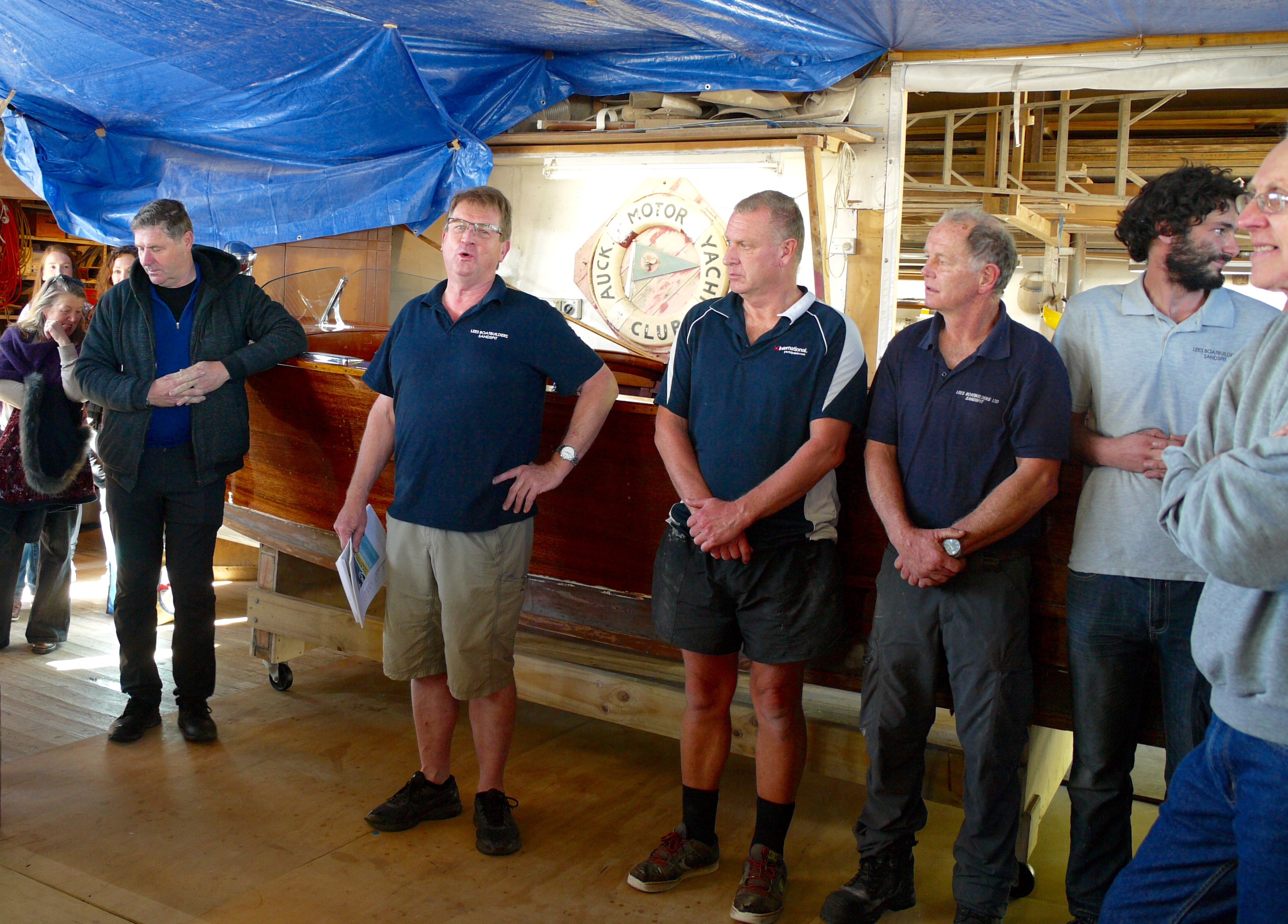 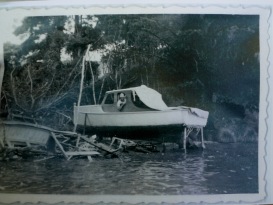 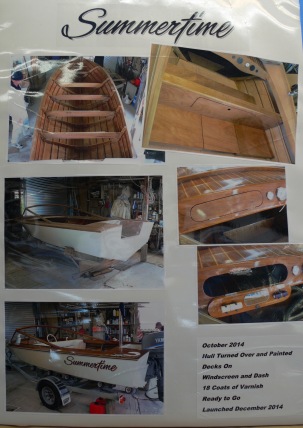 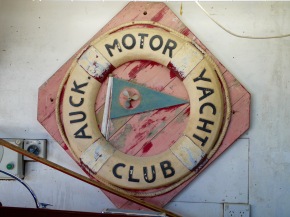 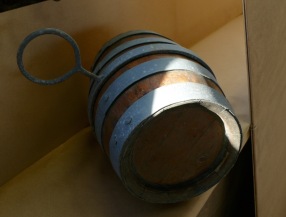 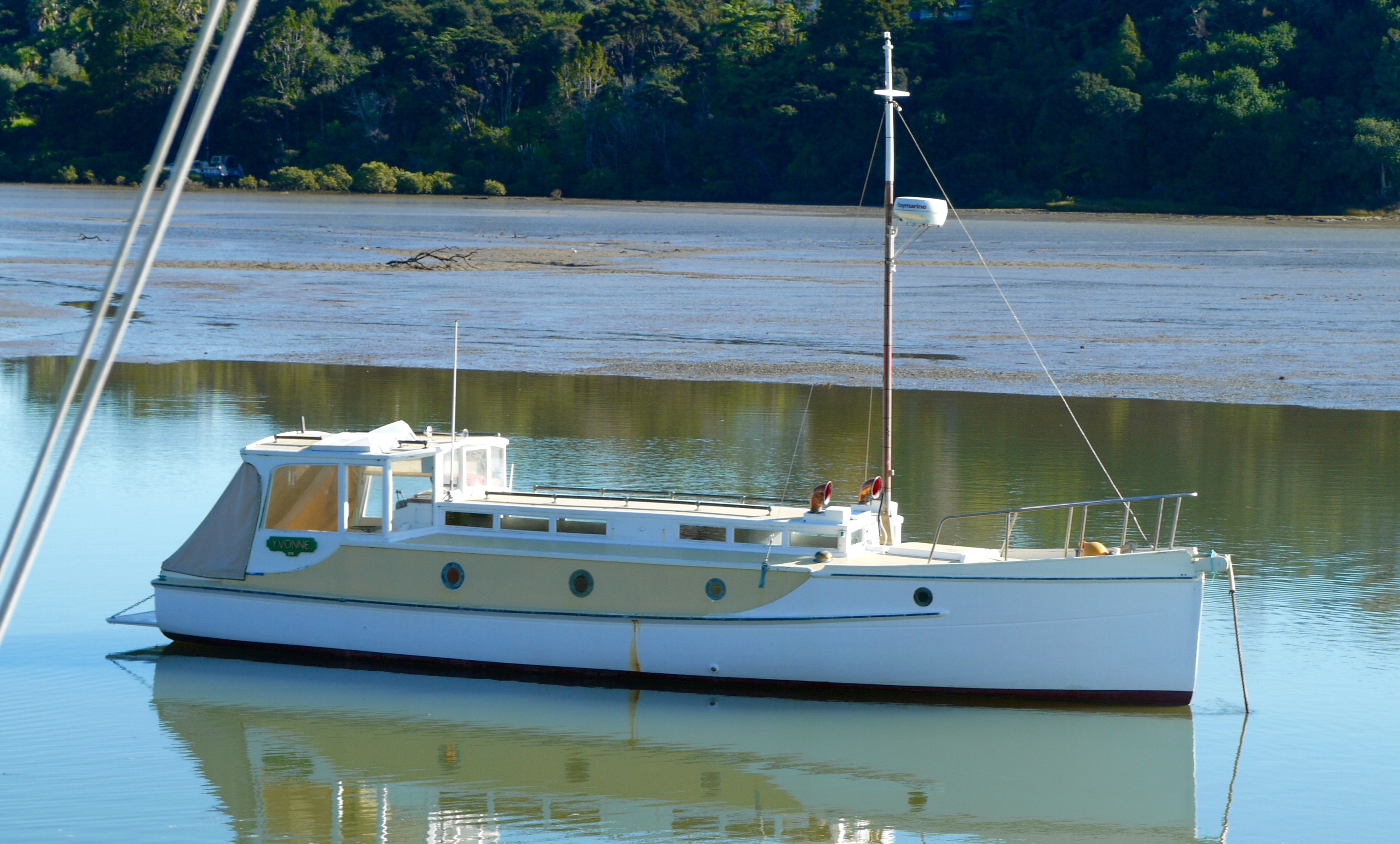 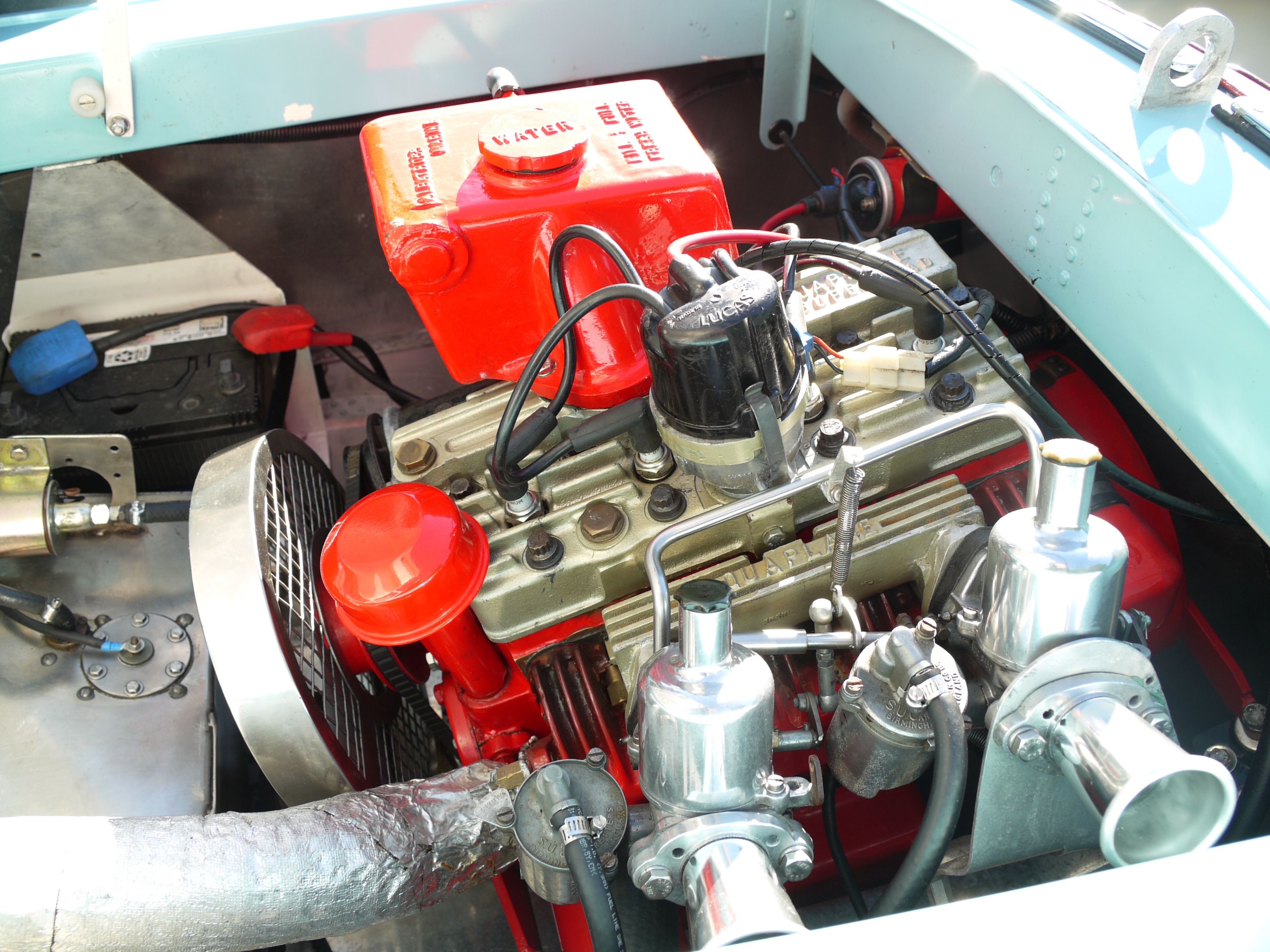 As I’ve send many times before, if your want a stunning day weather wise, schedule a Classic Yacht Association event – the hit rate must be 9/10.

Over 100 CYA members & friends made the trip north to Lees Boatbuilders at Sandspit – our host for the day, Greg Lees, turned on a brilliant woody event – we had everything – woody projects underway, the best collection of 1/2 models I seen outside of the RNZYS walls, a photo montage recording the history of the yard & the vessels built over the years.

Center stage was Jenny & Angus Rogers – Mahanui, in the shed for a new deck, alongside her was a very original Chris Craft that was getting a restoration.

The varnish guru Dale has already applied 23 coats, with 6 more to come. Compared to our old girls, these American woodys are very lightly built, amazing that so many have survived.

Outside we had Anna & Nic Davidson’s – Juanita, on one slip & Barbara & David Cooke’s woody flagship – Trinidad, alongside the wharf. In midstream was Yvonne, waiting her turn in the shed.

On the hard was a selection of small craft built by either Greg, his father Tim or other local craftsman. Not woodys but certainly classic were Greg’s two English built, aluminium Albatross runabouts – the very rare 4 seater is next on Greg’s to-do list. Included are a few photos of other woodys in or out of the water.

Greg gave an articulate talk on his families boatbuilding history & how they came to be situated on the Sandspit foreshore. At the end he announced the official launch of the 2018 Rudder Cup launch race to be run on Friday 14th December to Sail Rock & back. See flyer below, I encourage all woody owners to consider participating. At this stage we (I’m on the race committee, along with Jason Prew, Nathan Herbert, Baden Pascoe & Barbara & David Cooke) are calling for expressions of interest in racing – entry to the race is by invitation, as per the original race format in 1908.

Big ups to Greg & family + staff for turning on the day, including BBQ. Special thanks also to the CYA committee members that pulled it all together.

Lastly a little something below for the petrol heads – Greg had on display his Jesser BSA 500cc twin, hill climb racer. Built in 1962 by Les Jesser, she is a 2 time Australian  class champion. 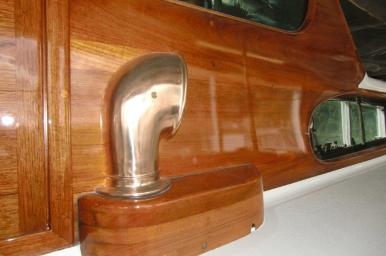 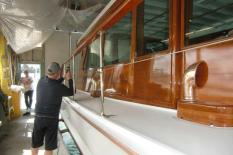 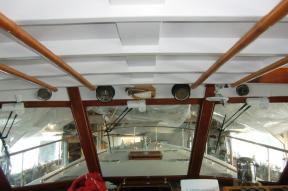 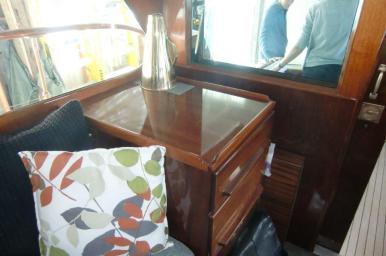 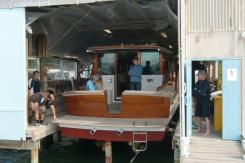 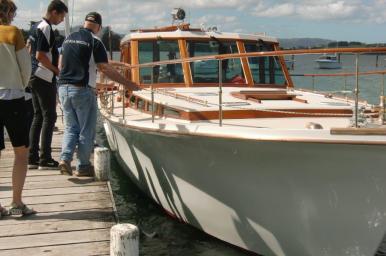 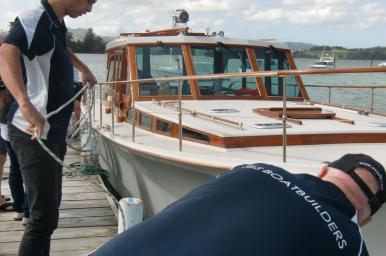 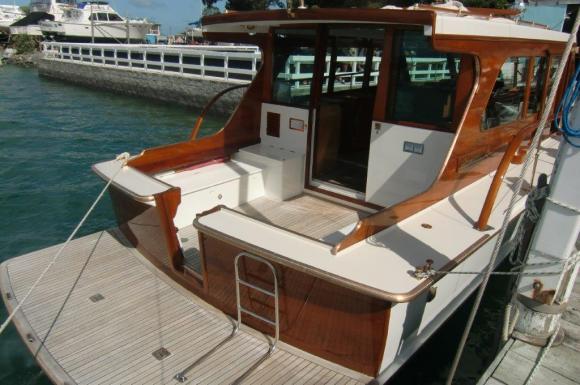 UPDATE: 4SALE – All enquiries to waitematawoodys@gmail.com

Yesterday was a one of those special days in the classic wooden boating scene, after what seems like the whole of winter, the 1966, 48′ Lane Motor Boat Co. built Arohanui slipped out of the Sandspit shed of Greg Lees Boat Builder. Her owners Fiona & Rod were very proud owners of the ‘new’ Arohanui.
We have come to expect only the best from Greg Lees & his team of craftspeople & they have not disappointed, again. The standard for workmanship & finish is world class. Speaking with Greg, he made special mention of Dale Colins the yard forman.  Not only does he cut to the chase when directing the work to be done and his expected result,  Dale is extremely talented on the end of a spray gun & the finish Dale gets is 2nd to none in the industry.  Just one of those multi-talented guys that make us DIY’ers look so bad 🙂
Brian Thompson did the new cabinet work matching the existing cabinetry, another true craftsman, but saying that, the whole crew at the yard are pretty special. The classic wooden boat scene is very lucky to have this yard on its back door.

Arohanui always has been a special boat & in the past been gifted with great owners, read more about her here https://waitematawoodys.com/2014/11/03/9526/

Fiona & Rod have taken her up several levels & she will join the ever-increasing fleet of spectacularly restored big classics that now grace the Waitemata. I can see I have solved the problem of who I’m going to sell my supply of USA brass/bronze polish to 😉

I will post more on her soon. For now I’ll let the photos tell the story. Remember you can enlarge the photos by clicking on them 😉
waitematawoody t-shirts – remember to get your order in – limited print run, full details here https://waitematawoodys.com/2015/11/22/waitematawoodys-t-shirts/