Once again waitematawoodys, Chris Miller & myself are rapped to have worked with the Lake Rotoiti Classic and Wooden Boat Assoc. on the production of their 2016 calendar.
The calendar is chocker full of photos from the amazingly popular 2015 Classic & Wooden Boat Parade. The calendars make excellent Christmas presents for those ‘hard to buy for’ friends & are great value – $10 for 1, or $8 each for 5 or more.  There is a limited amount printed so get in quick, last year they sold out very quickly.

zea.rachel@gmail.com
Postage is $2.40 for up to 7 calendars, $5 for more than 7 or courier ($6 North Island $7 South Island  –  RD extra).
Payment is via direct credit – please use your surname as reference and email Rachel when you make the payment. Remember to add the postage 😉

This is one of those cool win/win situations – its a great way to support the wooden boating movement & you get something back i.e. a cool calendar. Order now.
ps sorry for the slightly wonky cover photo – Rachel needs a few photography 101 tips 🙂 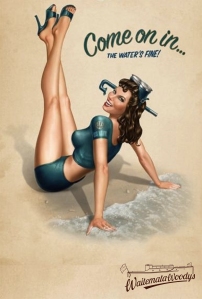 At last a long weekend 🙂 Always seems such a long time between the last & the first long weekends. I know my log book says its over 5 months since I went past North Head but in my defense Raindance has had a winter of mechanical maintenance.

For woodys looking for some boating this weekend there are a couple options, which hopefully will not be too disrupted by the weather.

Myself & a few others will be mooching around Waiheke Island & at this stage plan to get together somewhere for a catch up on Sunday afternoon (late). Nothing cast in stone & will post something here on ww on Sunday.

For those looking for something further afield its the Kawau Boating Club season opening weekend – plenty to do & I imagine the AB’s game will be screened at the KBC clubhouse. More details below.

And – photos please. Pack the camera & take a few classic woody photos & then email them in to ww. 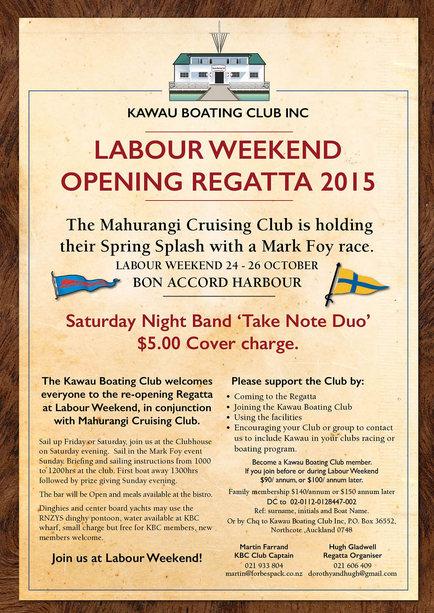 Today’s post features a launch by the name of Dixie, I do not know much about her but I have been aboard. I was tipped off early this year that she might be for sale & had been sitting at her Westhaven berth unloved for quite a while – unloved might be the wrong word, maybe unused would be better. What I do know is that she was glassed several years ago by Wayne Olsen & aside from the ‘low maintenance’ angle, this had the added bonus of strengthening her up, her original owner wanted a fast launch & ordered her ‘light’. I was told she was more than capable of hitting 18knts. You will see from the above photos that post glassing the owner did little more e.g. the portholes have not been trimmed out & re-fitted. Her owner has an engineering business & that side of the vessel was very impressive, all she needed was a renovation to bring her back to her finest.  In fact most of the hardware was on-board just not fitted. Given the rectangular shaped portholes she could be from the McGeady stable?

I learned recently that she sold for as they say ‘a song’, someone has a acquired at a very low entry point the makings of a nice classic wooden boat. Fingers crossed she gets the time & attention she deserves.

Anyone able to added for details on Dixie?

She started life as AQUARIUS, built by Owen Woolley in 1966 for motorcycle legend Len Perry. About 1995 Perry sold her to Steve Harris  who renamed her DIXIE. She had a Perkins H6 354TD horizontal/slant 354cu in engine, quite a rare beast, introduced in 1960.

Shamus has advised that Adonis is a sister ship built on the same frames but just a wee bit longer.
HDK confirmed that ADONIS was 40ft, built by Owen Woolley for Martyn Uren, a really fine man, in 1965. She had twin 100hp Fordson diesels. She was later owned by Bob Green. 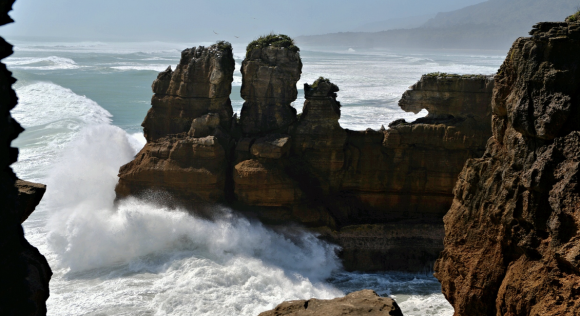 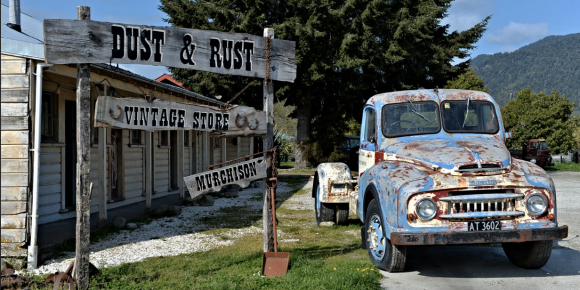 Some South Island Eye Candy
I’m going to drift a little from the topic of boats & point you in the direction of something very cool. The ww followers that are Classic Yacht Association members will be familiar with Chris Miller who had the launch Rorquel. Well Chris swapped the boating life for life on the road (bought a camper van) & did something that would be tempting to some of us but few would have the balls to do it  – he has rented the house out for a year & hit the road. First part of the adventure is a tour of the South Island.
I had been beating Chris up for a long time to start a blog & even came up with the name for him  – ‘bugger it….. we are off’, well the blog is live & given that Chris is a professional photographer the photos he is posting on the blog are pretty wow. Check it out here http://buggeritweareoff.com/