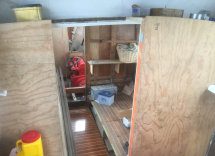 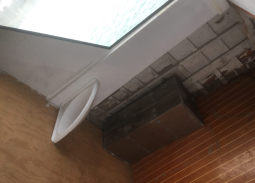 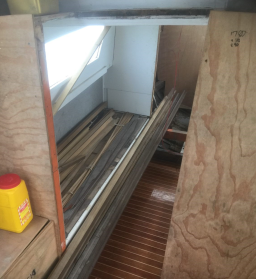 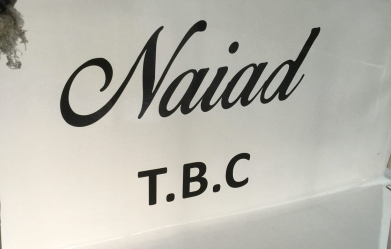 NAIAD
Naiad is a Norm Beetson design, built in 1957 by Stan Blake. She is a sister ship to Gayella & Georgella (later Kararik) & based on Beetson’s own, 32’ Acquiesce. In a previous life (1966>1970) she was owned by Russell Ward’s father, & back then powered by a 60hp Ford diesel.
She measures 36’ & these days the zoom zoom is via a 120hp Ford.
In recent years she has been hauled out at Te Atatu Boating Club & as you can see in the above photos, has received a lot of work.
Unfortunately her owner has to move Naiad on, so she is offered up for sale as a work-in-process. Most of the bits , including engine, gearbox, tanks etc are on hand to complete the rebuild.
She is currently back in the water, so we know she floats 😉
She looks a lot different from ‘as designed’ – I have included below some b/w photo’s for reference.
Details via Harold Kidd & trademe listing heads up from Ian McDonald. 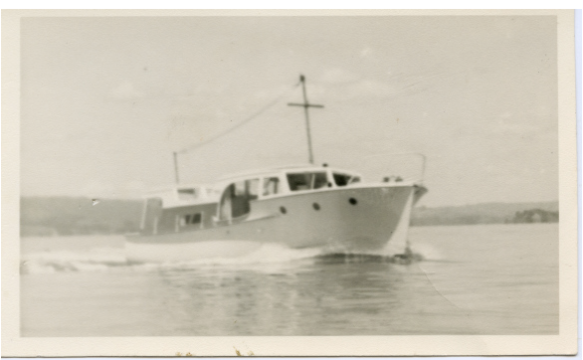 Thanks to Mark McLaughlin sending in a photo of Acquiesce we now have photos of all 4 of the Beetson designed sister’s. Interesting to compare the ‘changes’ over the years.

Apparently all four boats were featured in the 1950’s on the cover of Sea Spray, would love to get a scan/photo of the cover & the article inside the mag – Harold ???

Scroll down to the previous post for details on the 4 launches – Acquiesce, Gayella, Naiad, Kakariki (launched as Georgella)

Kakariki is one of the 4 ‘sisters’ designed Norm Beetson built, they were launched in the following order –  Acquiesce, Gayella, Naiad, Kakariki (launched as Georgella).

The question of the day is – where is Acquiesce?

Kakariki is currently for sale on trademe

ACQUIESCE was for sale a couple of years ago at the Panmure Bridge. I had a look over her when she was on the slip there. Her owner at the time told me she was repowered c.1965 with a 4cyl Fordson. She now resides on a swing mooring at Okahu Bay.
NAIAD was up at Te Atatu recently, GAYELLA is on a pile mooring up the Tamaki Estuary and KAKARIKI (GEORGELLA) is at the Thames boat harbour. 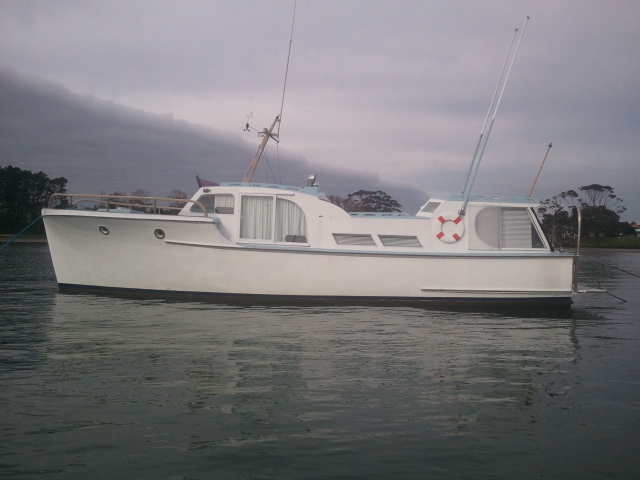 Designed by Norm Beetson, 32′ and built/launched by George Roberts in 1953. She is the second of Four sisters built. Acquiesce,Gayella,Naiad,Kakariki in that order i believe.

There was a Sea Spray article on them all in the 50’s titled “the four sisters”. There all still in existence to my knowledge.
Berthed at Panmure on the Tamaki.One family ownership since 1963.

The 32 footer ACQUIESCE was built by Norm Beetson for himself in 1948 for himself at 70 Kildaire Ave, St. Heliers followed by the 33 footer GAYELLA in 1952 to the same design, built by George Roberts for himself at St. Heliers (Chrysler Crown), then NAIAD by Stan Blake for himself in 1956 and GEORGELLA in 1959 by George Roberts again for himself with a Fordson. GEORGELLA was sold to the famous petrol-head Les Stericker who renamed her KAKARIKI. GAYELLA has been in Andrews family since his grandfather Shorty Sefton (Mr. Gardner in Auckland) bought her in 1963. Neat boats. 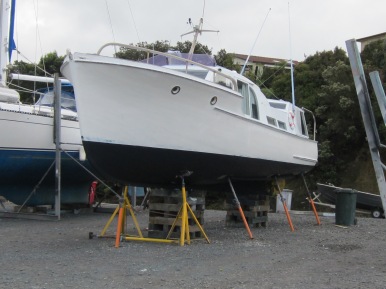