ALMARAY
Over the last few years the name Almaray has popped up on WW, mainly in reference to being built alongside the Lidgard launch Monterey. The shed photos below c.1946-8 shows Monterey, Almaray and possibly Tangaroa. All three were fitted with 30hp Lister engines when launched. Almaray was built by Lidgard for Stanley Bell-Booth, whose son Nick Davenport recently contacted me last week after uncovering the photos above in an old family photo album.
Harold Kidd commented on a WW story last week on the launch Jean – that the Bell-Booth family name was linked to BERNICE (1922) Stan’s father perhaps?, ATAROA (ex SPEEDWELL II) 1930-34,LADY PATRICIA (1943-48) and ALMARAY (1946 onwards). Nick has commented that his father also owned the launch Jean, somewhere in this mix.

I think I must have sun stroke –  I’m writing about a 1980 Vindex………. But despite what a certain debarred lawyer thinks, I’m actually a nice guy. So here goes – I have been contacted by 21 year old apprentice boat builder, Connor Sanderson, who has taken on a project – I’ll let Connor tell you the story”Late last year I was presented with an irresistible opportunity to purchase a very tired and rundown wooden vindex named “Vin Maree” The only information the seller was about to provide was a build year of 1980 and that it had been from Gulf Harbour prior to them moving it down to Whangamata. It is double diagonal kauri planked, resorcinol glued and coated with ample red lead. It is powered by a inline 6cyl ford I believe to be a “Dover” and had Lees marine manifolds, gearbox and V-drive. I have not yet seen another vindex in V-Drive configuration but I’m familiar with it and hope to retain the use of one. I’m eager to know more about this boat.” 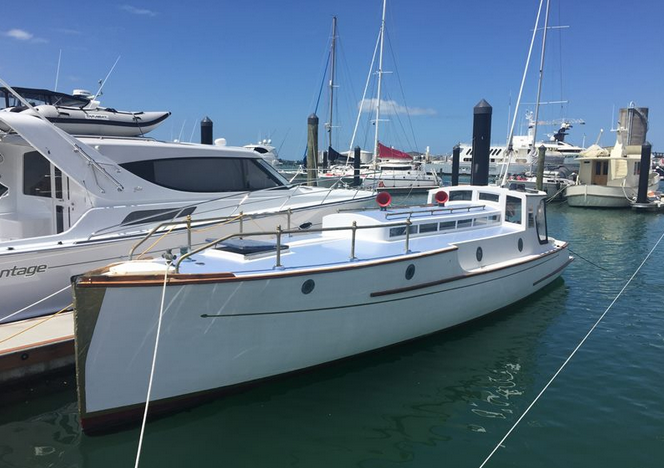 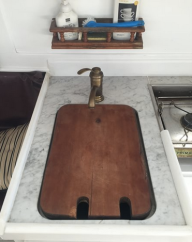 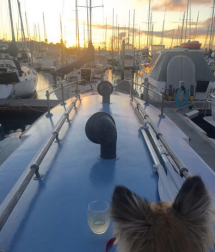 Rosemary M – A peak down below

Rosemary M has appeared numerous times on ww in various ‘states’, in todays photos she is looking very smart, possibly the best she has in her 102 year life.
She was built in 1915 by Lanes & named Rothesay, which became Maude T, that became Speedwell, that became Jean, that became Rosemary M. No wonder we get confused on the provenance of these classic motor boats 🙂

As a result of her trademe listing we get to have a peek down below, again very impressive.  Enjoy the tour 🙂

If the weekend has gone to plan, tomorrow there will be coverage from the Mahurangi Regatta – the biggest on-the-water classic boating event in NZ.
I promise lots & lots of photos.

If anyone has photos from either Mahurangi or yesterdays Auckland Anniversary Day Regatta – email in to waitematawoodys@gmail.com.