I spotted Ponui anchored in Oneroa last weekend, the name has popped on WW before in regards to other woodys – can anyone tell us about this one?

Update photos below ex Nathan Herbert. Nathan floated the question – could she be Ponui II ? 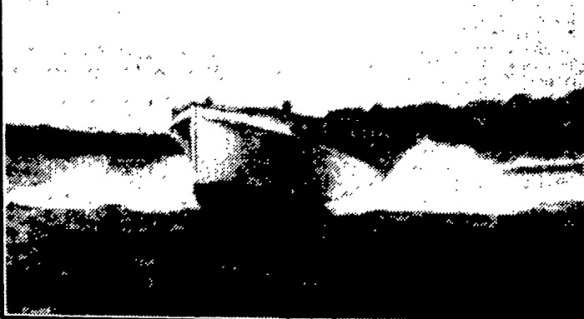 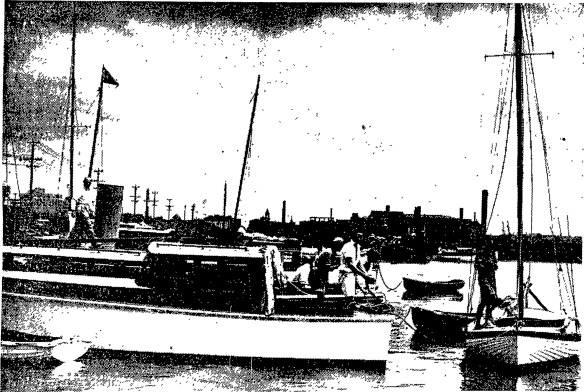 A Quiz – Win a WW t-shirt – first person that can correctly tell me what the craft pictured below started life as – designers name and length – all entries via email only to waitematawoodys@gmail.com 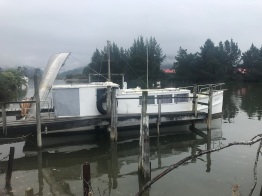 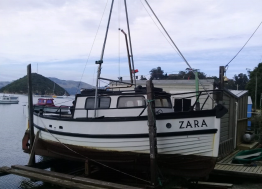 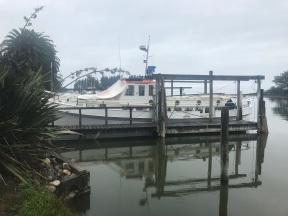 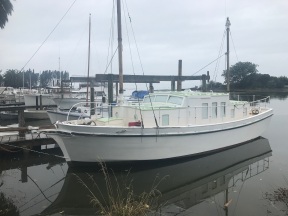 The collection of photos above was sent in by my friend John Burland taken at the Riwaka Wharf, located between Motueka & Kaiteriteri. John commented that Aurora II has been in the channel at Mapua & Royal Saxton (one of my all time favorites) is often at Kaiteriteri Wharf.

Will be interesting to know what is hiding under the boat cover. The (to quote JB) ‘Disney World > Boats of the Future’ boat is c1950 & would have to be an ex life boat ? maybe off the sunken (1986) Russian cruise liner – Mikhail Lermontov.

Input from Brian M – Boat under cover is the “Rhonda Marie”. Wee clunker next to Royal Saxon is “West Bay. Life raft is “Jelly Bean”.
“Kairaki” with blue tarp over cockpit. “Mariner” with 2 masts. Pilot looking boat is the “Ponui”.

Great to see PONUI in such good condition (photos 6 and 7). Named for Ponui Island, she is a 1907 Logan and was advertised For Sale in the Feb 3, 1912 New Zealand Yachtsman for 700 pounds. She became Napier’s pilot boat until 1950 when she appeared at Lake Taupo and worked commercially until the mid 1960’s. She then went to the top of the South Island (by sea from Napier) before going to the Kaipara Harbour where she continued to work commercially. She appeared on Trade Me in more recent years and was spotted departing Onehunga heading back to the South Island as deck cargo on a coastal ship. She is mentioned in the book ‘U-boat in New Zealand Waters’ – the story of U 862’s war patrol off Gisborne and Napier in 1945. PONUI was observed through the U boat’s periscope leading the coaster PUKEKO out of Napier harbour. (Some hours later, a torpedo was fired at PUKEKO but missed).

One of my favourite boats. Photos below:

First pic – PONUI when she was the Napier pilot boat.

Second and third pic – at Taupo, where she was a busy commercial boat. The third pic shows her on the beach at Waihaha in the Western Bays. 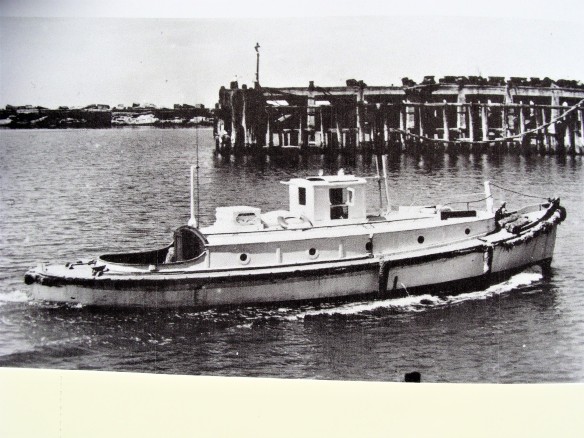 Saturdays  post on the Kinloch Woodys prompted Paul & Roger to dig out at their collections of old  Taupo postcards. The brothers uncovered some great photos of Victory from the 1940>1950 era. Also read below Paul’s comments on Victory.
The first photo above shows Victory on the beach at Waihaha with her skipper on foredeck – Ernie Taylor, son of builder Jack Taylor.

The second photo shows her hauled out at Nukuhau, where she was built. Probably in the 1940’s, when she was quite new. Now she has a larger wheelhouse, but is not much changed apart from that.
Boat in foreground is Ahuriri – an ex surf boat from Napier.
On the other side of Victory is Romance, then Lady Pat – well documented and discussed on WW.

The photo below is dated 1959  shows Victory on the other side of the Waikato river sporting her original wheelhouse. It was altered some time later.
Behind her with bow showing only is the Logan Ponui also owned by the Taylor’s at the time.
This side of the river at the breastwork is Rangatira (Otehei) on the left  and El Alamein (Ranui) 4th from left.

“VICTORY is very much a lake boat. As Colin says, she was built at Taupo by local boat builder and charter boat skipper Jack Taylor.  She was launched, I believe, in 1942 or 1943. It is said that no power tools were used during her construction. Kauri planks on jarrah ribs with totara  floors. She was built to replace ROMANCE (Bailey and Lowe 1914), who was sold by Jack in 1943. VICTORY became a very busy and popular charter boat. The Taylors sold her in 1982. Although it is said that Jack often wished he had never started building such a large launch (40 feet), assisted by his wife, – his two sons were away at the war – he must have enjoyed her immensely once finished. She was a big step up from the 26 foot 6 inch ROMANCE. VICTORY was perfect for the four or five day charters which were very common in the day. VICTORY is a Jack Taylor design, built from a model which Jack towed behind ROMANCE as he refined the shape. She is of shallow draft – a useful attribute on Taupo  (no tidal rise and fall) – as it allows access to beaches where the drill is to put the bow on the beach and disembark via a ladder (in VICTORY’s case a rather long ladder). She did spend a few years in Auckland (Pine Harbour) during the 1990’s, but for 90% of her 70 plus years she has been at Taupo. She is well looked after and nicely appointed internally.” 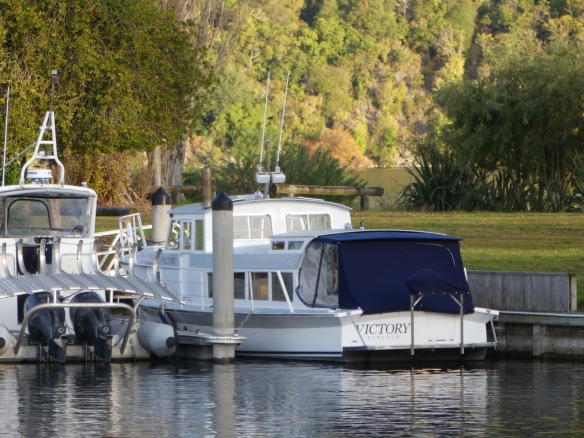