In Oct 2021 on the BOI historic photos fb page a photo of Wondabyne popped up, posted by Myra Larcombe who commented that the launch was her fathers, and in the top photo above was berthed at Opua during the war years thence the #27 on her.

Then in early Jan 2022, Phil Bull posted the colour photo above of Wondabyne, now named Pakatoa, sitting in a Warkworth paddock. Phil commented that she had been there for a longtime and it looked like, sadly this was her final resting place. Under the name Pakatoa, the vessel was used to ferry passengers between Auckland and Pakatoa Island in the Hauraki Gulf.

In the past on WW there has been robust discussion around whether Wondabyne was actually the launch – Lolita. After reviewing these recent photos and others on file – Nathan Herbert is confident that Wondabyne and Lolita were in fact sister ships. The only visible difference being the Wondabyne had a short tram top, and Lolita a long tram top. Sadly Lolita ‘resting’ on the beach at Russell / Okiato. Refer below photos 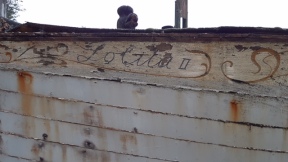 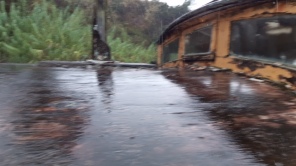 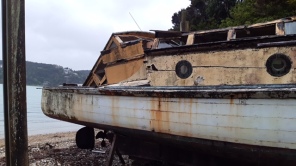 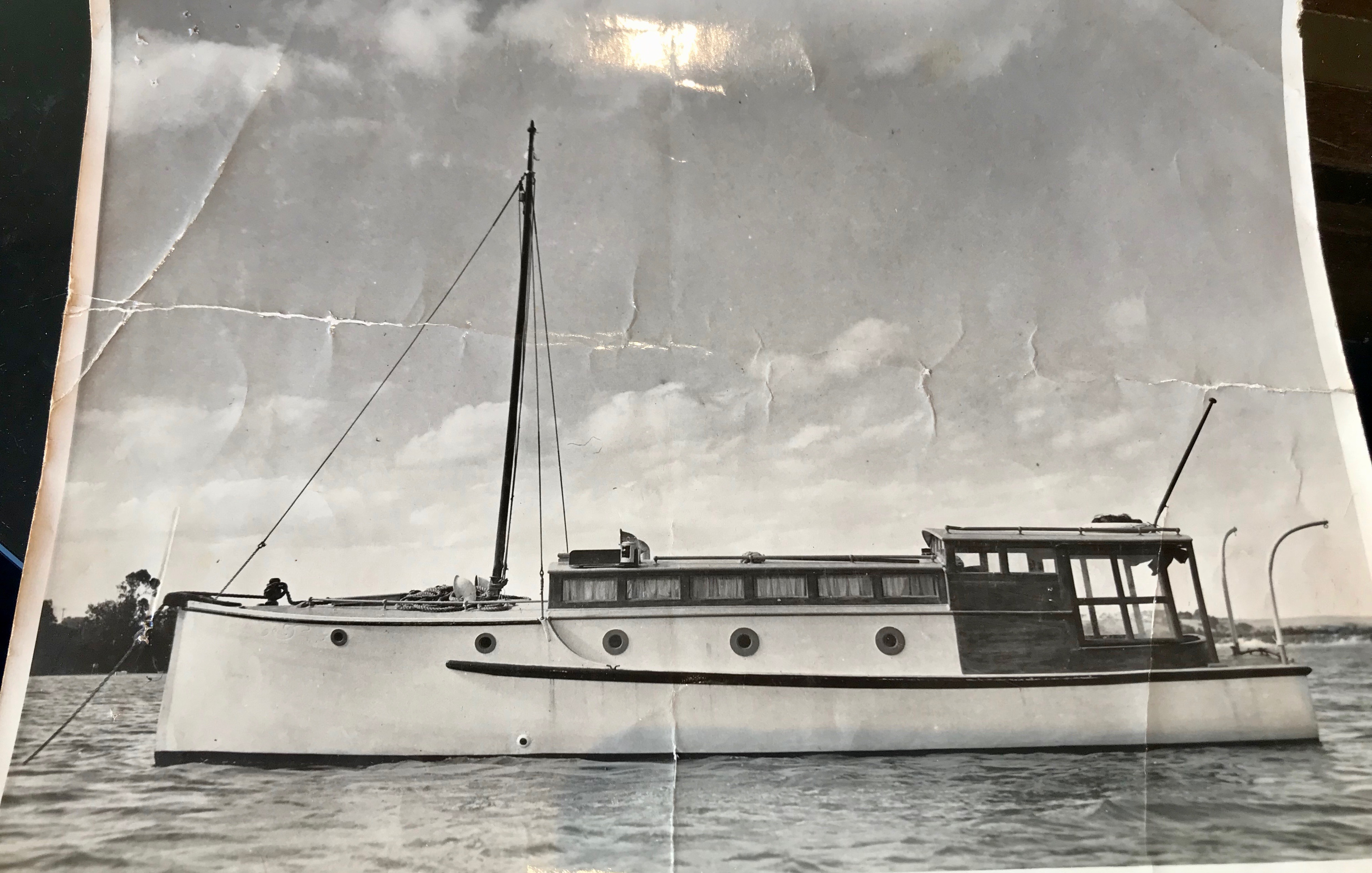 This fine old girl with a great provenance has put her hand up for help.
The story goes like this – woody Keith Brady was visiting the Bay of Islands at the end of May and called in to see the owner of Lolita II, Peter Deeming as part of his research into boat builder Dick Lang and his boats.
You will have observed from the above photos that Lolita II is in a poor state, but in Keith’s opinion is in a condition that is able to be restored by an enthusiastic person/s with the skills and vision of restoring an old classic. There is a significant amount of work involved, but with time and funding the boat is able to be restored to its former days.
Keith commented that after talking to Peter Deeming he found him approachable and interested in the boat going to someone who will restore it.
B/W photos ex Andy Donovan collection.
She made an appearance on WW last year, where we uncovered some of her past – WW link below.

https://waitematawoodys.com/2019/08/13/lolita-wondabyne/
Boat S/S Water Tank Advice
Asking for a friend (yeah right)……  are there any solutions to repairing small leak (seam) to a boats water tank without removing the tank?
There was talk of a bladder system / product that can be inserted into the existing tank – anyone come across it?
Feedback / suggestions to waitematawoodys@gmail.com.

I uncovered the stunning photo above of Lolita in amongst Andy Donovan’s collection of photos from back in his boat broking days.
Back in June 2015 we uncovered that Lolita was probably Wondabyne. The original WW photos came to us from Colin Pawson, whose grandfather – Charles Pawson owned her in c.1924.
Thanks to numerous WW followers, lead by HDK we peeled back the years to confirm that we were looking at the same boat.
The link below will take you to the 2015 story, lots of photos + make sure you read the Comments section(bottom > top)
https://waitematawoodys.com/2015/06/24/wondabyme/
On the back of the Donavan photo it states that Lolita was built by R Lang 24 yrs ago, from full length kauri. Her specs were 31’9” x 8’9” beam, with a 3’ draft.
Power was via a Continental F.W.C. 6 cylinder 30hp engine that gave her 7-8 knots. Twin cabins, full headroom. Hard to read but it also said it would do Auckland > Whakatane in 23.5 hours – would that be right?
The asking price was £1,000
Sad photo below from 2008, ex Andrew Pollard of Lotita in Opua in the Bay of Island. Can anyone give as an update on her status? 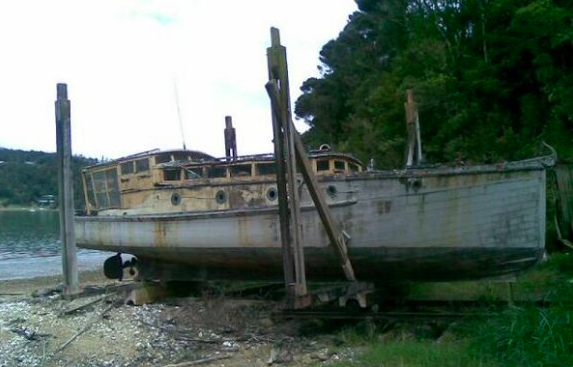 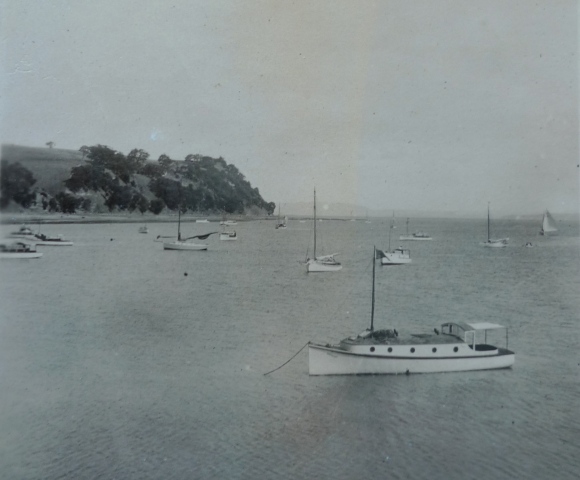 PEERLESS Mystery Launch 07-08-2015
photo ex Colin Pawson
Today’s photo are from Colin Pawson’s grandfather, Charles Pawson, photo collection. This one appears to be Islington Bay, Rangitoto Island & you can just see Charle’s launch Wondabyne on the left.
The challenge for woodys today is whats the launch in the forefront ? For once I think I know the answer, but I’ll keep my ‘powder dry’ 😉

UPDATE A little too easy today, as Russell Ward said its Peerless , the 1913 Andrew Petersen designed & built launch. Andrew was helped by his apprentice, Sam Ford. Lots more details at the link below, but the great news is that Peerless has recently changed hands & is now hauled out & the restoration process has started.
https://waitematawoodys.com/2013/05/01/peerless/