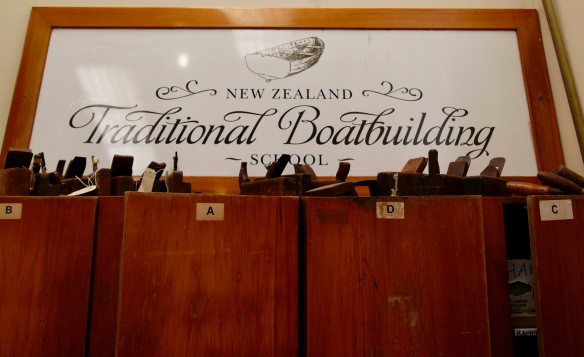 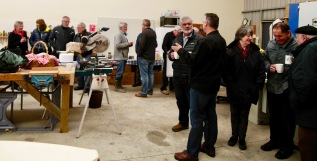 I received an invite the other day in the mail (nice for once to not be via email) to the re-opening of New Zealand Traditional Boat Building School. Getting it made me very happy – firstly, because we all need the school to be a success & secondly because I personally have fond memories of the original school (read more below), I attended numerous CYA meetings there & also participated in two events – the Robert Brooke – Caulking / carvel planking workshop & a basic boat building techniques course that ran one night a week over winter. Learnt so much & meet some great people.

Today’s function was to share the vision for the future of the school & to meet some of the past & present stakeholders.

“After nearly four years in recess the New Zealand Traditional Boat Building School has just re-opened its doors in new premises on the Te Atatu peninsula.

The school was founded in 2005 by trustees Robert Brooke, Harold Kidd, Bruce Tantrum and Ron Jamieson and successfully ran wooden boat building courses at Hobsonville for seven years before being forced to move to make way for the new housing development.

During that time hundreds of students attended classes on everything from traditional boat building to apprenticeship training and small boat building in which students built their own small boats to take home, often involving a son or daughter in the process.

Our new premises are much smaller than previous so we have been forced to restructure how we run our courses and a new program is being developed. It will kick off with a full day seminar on winter maintenance. Six specialist speakers will present on topics ranging from Diesel engine maintenance, Batteries and Electrical, Sails and Covers, Marine sealants, Paint systems and common splicing all common winter maintenance issues for the larger boat owner. Following on from this will be a course on re-ribbing clinker built boats and a laminated stand up paddleboard paddle course plus many more to come”.

In a few days when the dates are finalized, I’ll publish them on ww. I would encourage you to support the school; it’s a big step forward in bringing increased visibility & sureness to the wooden boating movement. There is a website, currently getting the final finishing touches, so I’ll let you know the link to that later as well.

Today was also a wee bit of a reunion with a lot of woodys catching up. The best chat was in the car park, where I got to view a very cool RC model of the Bailey designed ex Waitemata Fisheries trawler – ‘Waiwera’ (photos below). Built by Murray White. Stunning attention to detail. 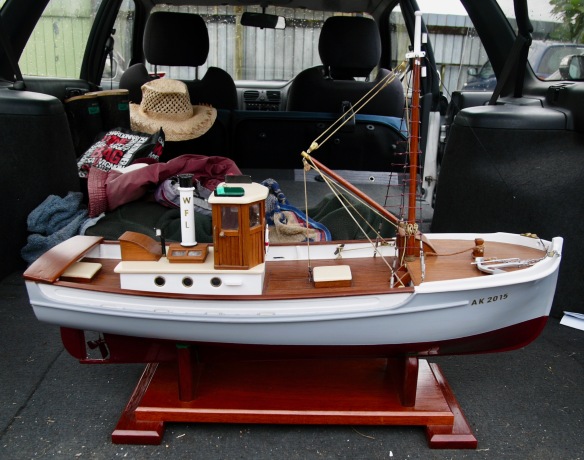 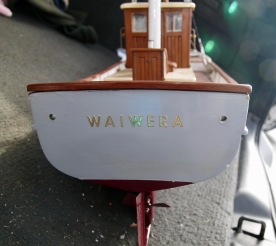 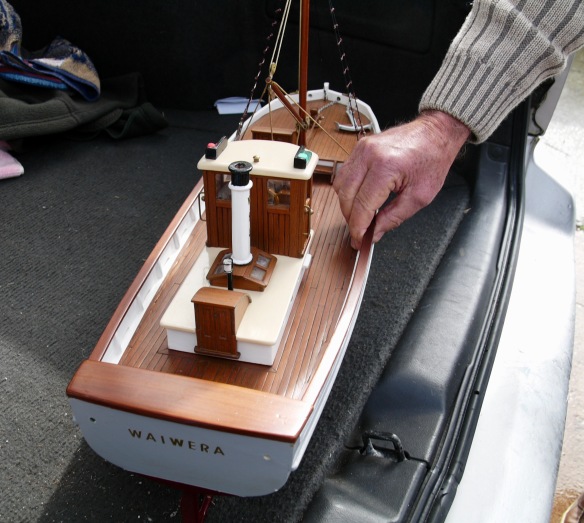