SEA SPRAY
During the week I was chatting to Lake Rotoiti boat builder Alan Craig and he mentioned that he was scoping out a 1956 built, 17’ kauri clinker run-about on tme for a client. The boat had a J. Logan builders plate and we both wondered if it was ’the-real-deal’. On these matters there is only one go to guru – so a quick email to Harold Kidd confirmed that Sea Spray was indeed built by Jack Logan, and HDK had had a lot to do with Jack Logan and the Chappies, who had a twin to his boat on Lake Okareka. That intel was enough for Alan to buy the boat.

Alan understands that for a lot of the boats life, it was north of Tutakaka.
The new owner has x2 Arona 10hp engines and gearboxes, which fingers crossed,  one will go into the boat.Having witnessed the work of Alan’s yard – Sea Spray will emerge as an awesome addition to the woody lake fleet. Alan has promised to keep us updated with work-in-progres photos 🙂

Anyone able to add to the boats provenance? 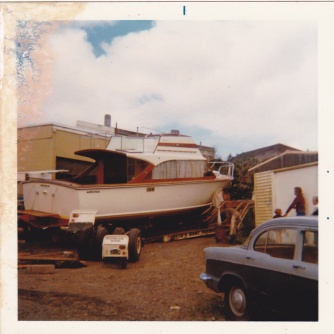 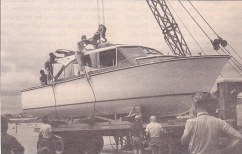 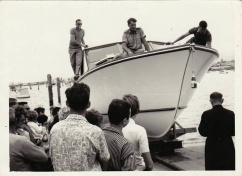 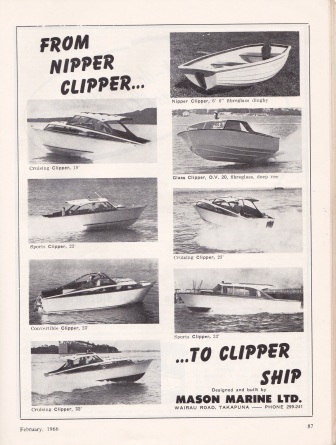 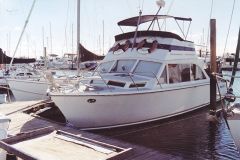 A Mason Clipper that was the end result of Tony Mason’s good friend Chris Shields asking Tony in 1961 to design and build a 33ft Sports Fisherman for him. It was the first of only two 33s ever built, power was Detroit Diesel 6V-71 giving her a top speed of just over 30mph. She had a huge cockpit and large saloon and all the Clipper creature comforts, a great launch that still lives today and still as good as the day she was launched. (comments ex Tony Masons nephew on the Clipper facebook page)

Chris Shields sold Arona which was her original name, to an old, now deceased friend of Ken Ricketts,  the late Rick Brown. Rick bought her in the early 1970s & owned her for about 2 or 3 years.

He sold her still with her original name, but somewhere along the way, someone changed it to Martini. The name of Arona can be seen clearly by the tuck on the side of some of the photos if enlarged.

Rick had quite a number of boats, in his very full & busy but short life.

She was sold with the 6V-71 going beautifully & in well very loved condition, as far as Ken knows she still has the 6V-71, but this may have been replaced later with a 8V-92. According to Tony’s son, she is, or was, when he saw her last, in Tauranga, which is where the painted combings pics were taken. It is always so sad to see the beautiful varnished mahogany finish has disappeared off so many of Tony’s masterpieces these days.

Ken would love to fill in some of the gaps in her life, if anyone knows anything of her history, post here on ww or email Ken on kenpat@ihug.co.nz 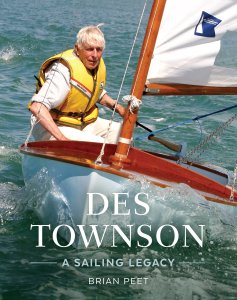 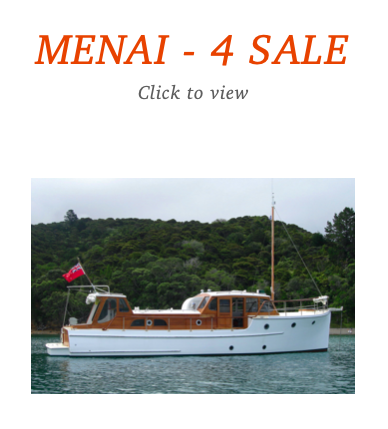