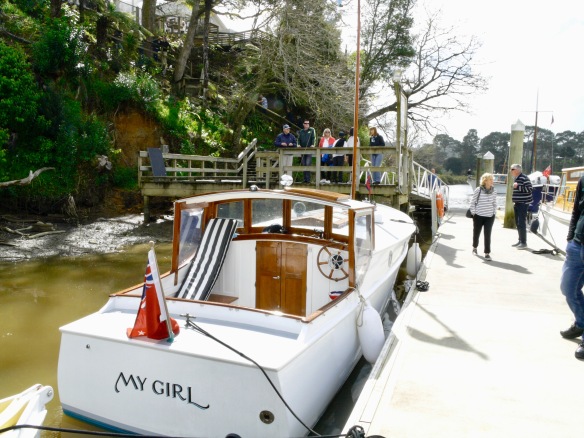 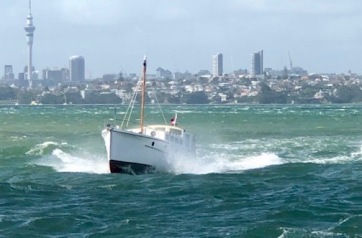 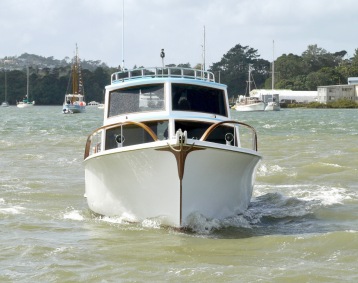 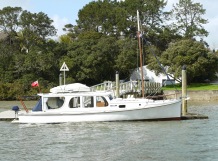 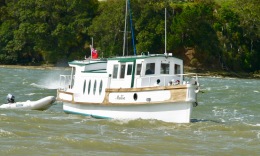 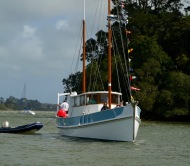 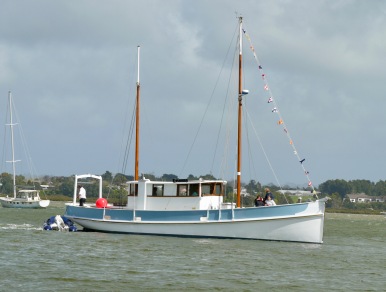 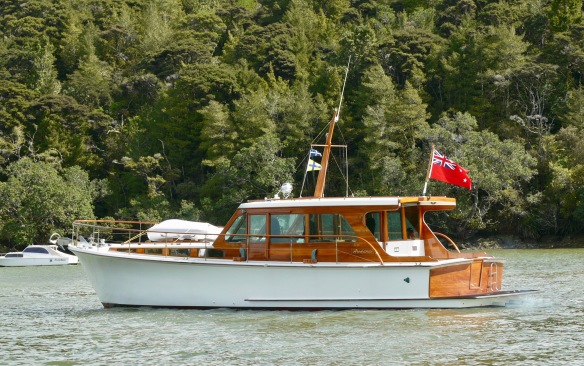 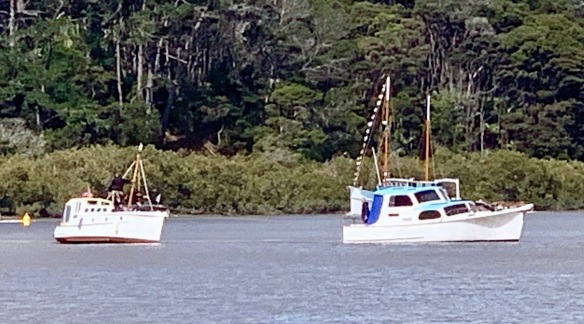 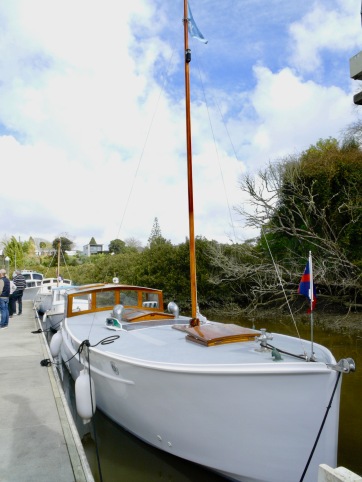 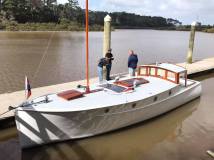 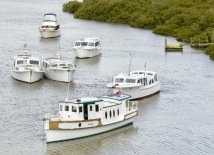 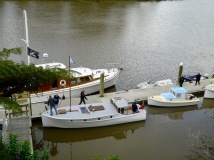 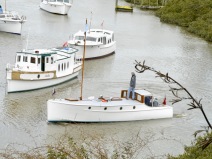 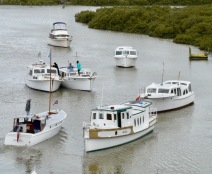 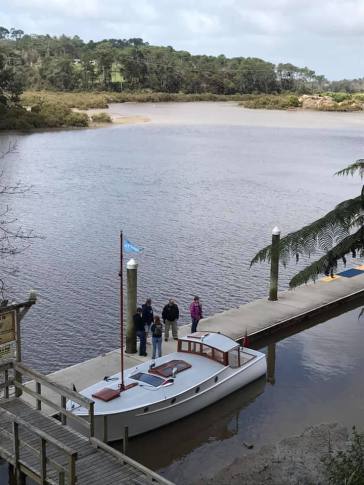 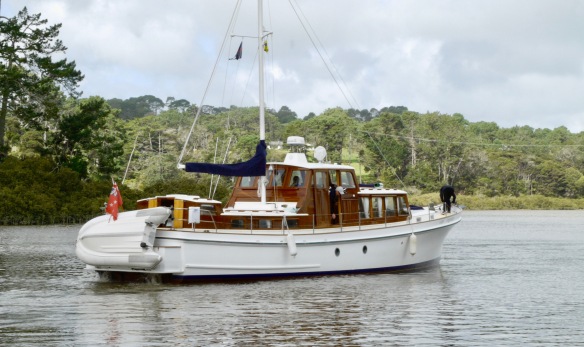 We had 23 classic launches confirm for Sundays Riverhead cruise but folks I can report that the weather at times was a little evil. Not too bad for the big girls but the sub 30’ crowd were rocking & rolling. Lots of white water over the top. But it was only for a short time, after Herald Island things improved 🙂
On the day, 15 launches travelled to the Riverhead Tavern and had a ball, neat people , stunning boats, lots of good chat. Big ups to those that came by car to join the gathering, nice gesture.
Now – confession time – on the email I to sent the skippers that had RSVP’ed I gave everyone a big wind up about behaving e.g. Indian File, follow the leader, no over taking etc etc and bugger me – Raindance went aground. Last bend before the hotel & I’m up on deck laying out the lines & fenders and  the ‘duty’ skipper puts us in the mud. No amount of forward / reverse would move her. Thank goodness for my boatbuilder Geoff Bagnall and his wife Theresa on board Achillies, who came to our aid and pulled us off. Not before 1/2 the fleet passed us – very embarrassed. Hopefully the oops cleaned off some Baywater sludge. But I was not alone………. 2 others parked up as well 😉
Not a great day for photos, overcast and drizzle but the sun shone thru at the important times 🙂
Remember to put a big circle in your diary for the weekend of 19/20th of October for the next Woodys Classics Weekend. Its a picnic cruise to Still Water motor camp – Master of ceremonies / Officer of the day / Rear commodore / Chief Poo-bar / Mark Edmonds (who like titles) is finalising dates and details but there could be a band, classic cars / motorbikes and vehicle access for the boat less Woodys – more details soon.
Special thanks to Brendon Gardiner, Margo Hudson, Jason Prew and Alan Houghton for the photos.
Photos below from Michelle Maitland onboard Cleone 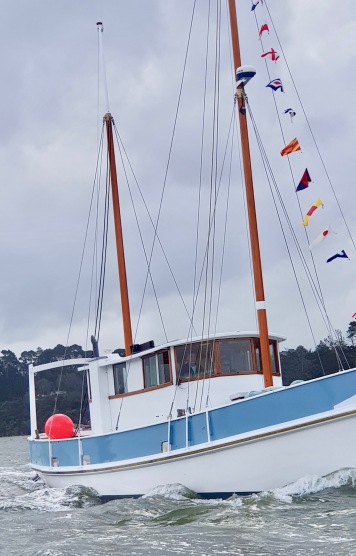 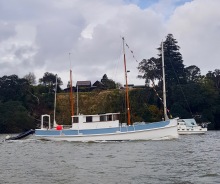 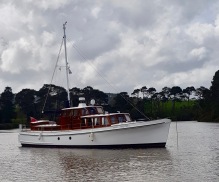 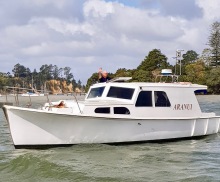 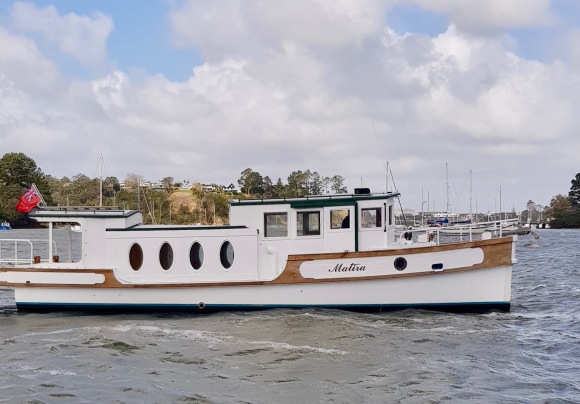 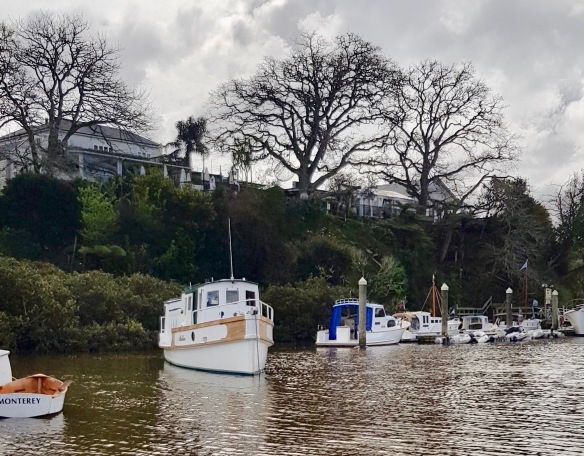 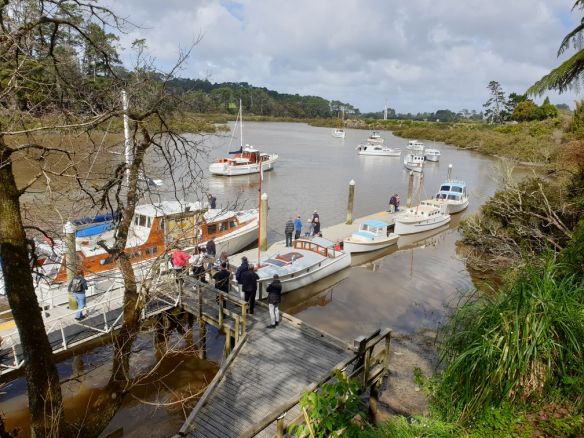 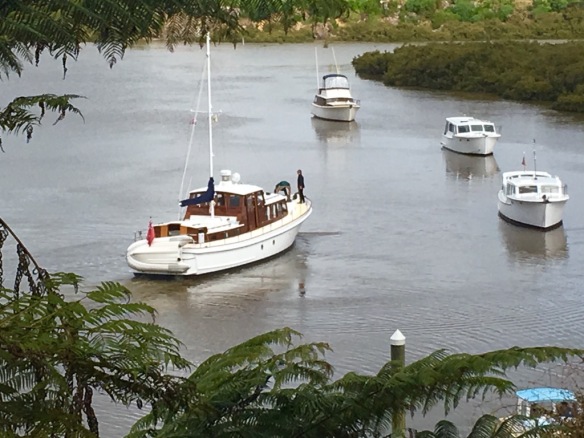 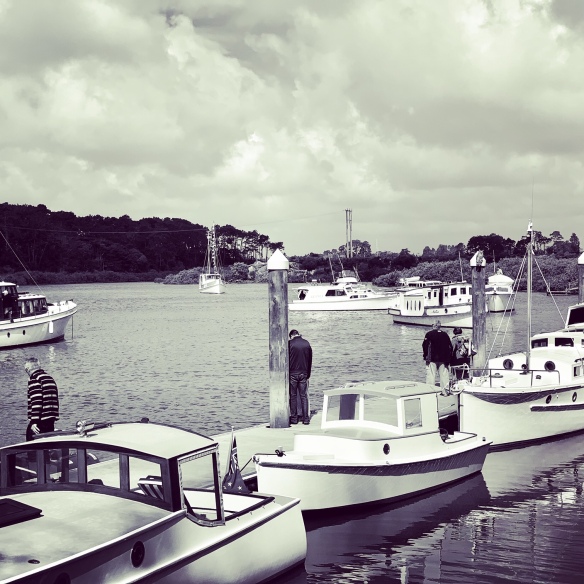 Great view of Jason Prew’s – My Girl below. taken by Angus Rogers. Really shows off her lines, no wonder she is so quick 😉 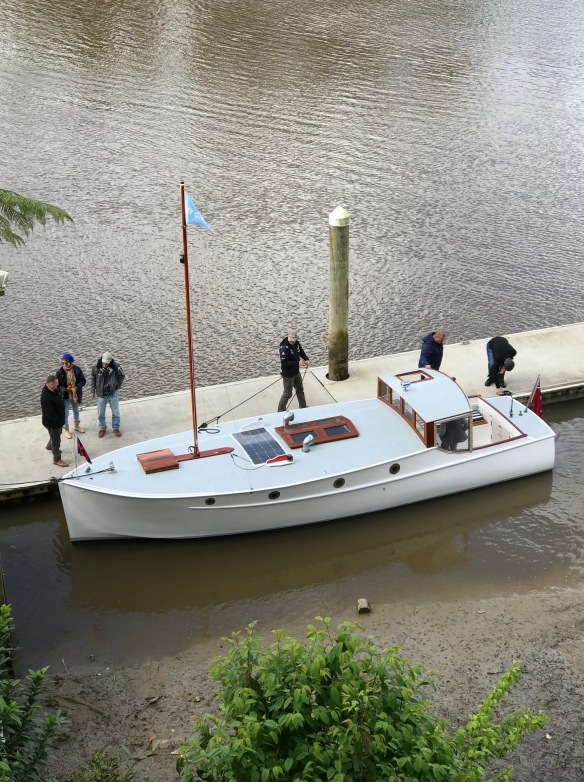