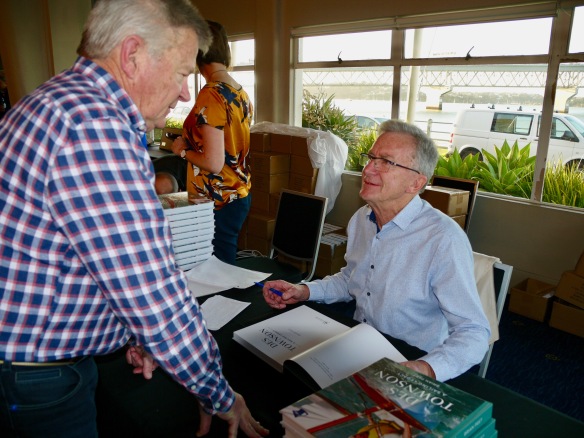 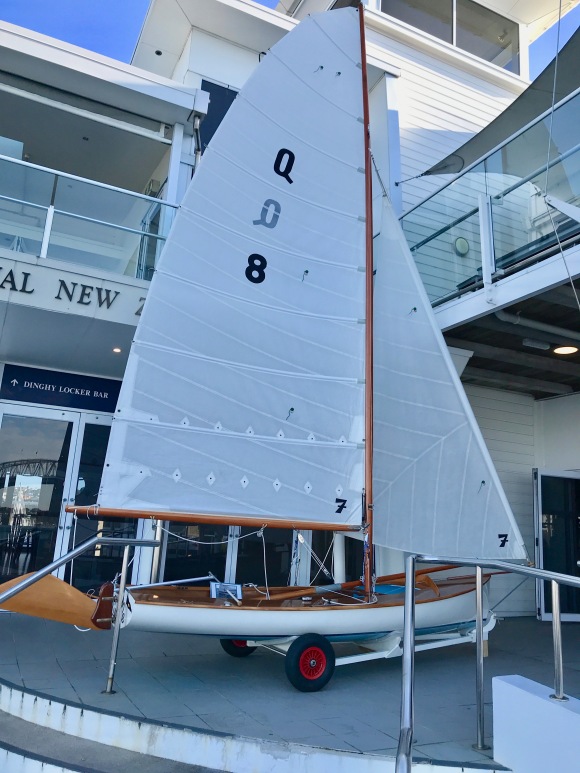 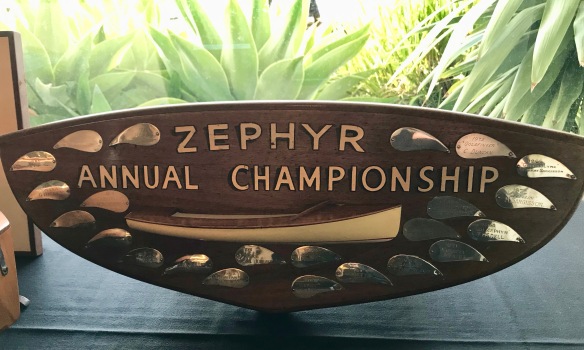 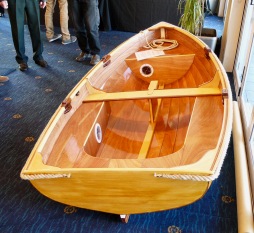 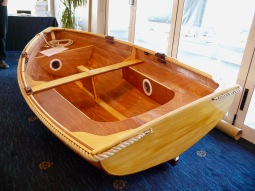 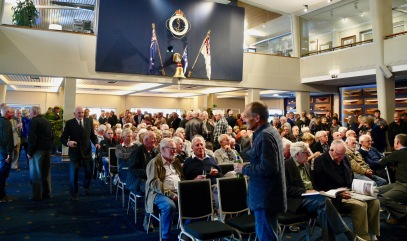 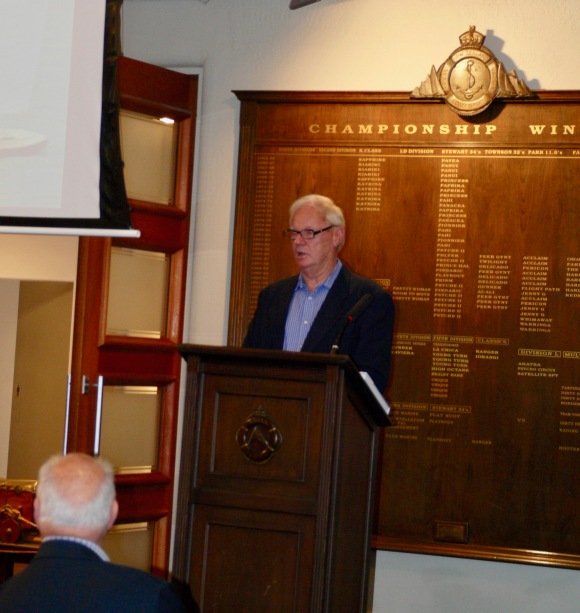 Back in July Brian Peet contacted me about his latest book publishing project, Des Townson – A Sailing Legacy. Brian asked if I would like to attend the launch night, a smallish gathering in the dinghy locker at the Royal New Zealand Yacht Squadron – of course I said yes and a few days later an advance copy of the book arrived via courier. Well that buggered my plans for that day 🙂
I later asked Brian if I could sneak a couple more onto the invite list, which happened. Then Brian lets me know that things have snow balled and the launch was now in the main ballroom at the RNZYS, things had stepped up a few notches.
Fast forward to last night and the who’s who of yachting is crammed into the Squadron. My guess would be 400+ people. Speakers were the Squadron Commodore Ian Cook, Des’s younger brother – Bill Townson and Brian Peet. Ian built six Zephyrs under Des Townson’s supervision, won the National Champs in 1980. Bill Townson is a skilled boatbuilder, yacht designer and amphibian aircraft designer/builder.
I sneaked in early any took a few photos and videos of some of the exhibits, which included a Starling, Zephyr, Mistral and a 1956 replica of Des Townson’s first commercial design Nimble. What most caught my eye, was the Townson 2.4m dinghy on display that had just been built by Allan Hooper at the NZ Traditional Boatbuilding School. Its for his own use, but if you ask me it should be should be on display somewhere. Talking to Allan I understand the school will have ‘build your own’ kits and how to classes – perfect opportunity to own a Townson.
I later filmed Brian’s talk / presentation, see below – it is a wonderful insight into how the book came about and challenges Brian had over the 10 years it took to complete it.
As I have said before – its a great read, buy it, you won’t be sorry – as Brian said last night – it is a “sailing book, about a sailor, written by a sailor”.
Enjoy the video, then buy the book – either via the website https://destownson.co.nz  or if you prefer to do a bank transfer, email Brian with your name and postal address and he will reply with bank account details – its that easy  brian@destownson.co.nz
Oops nearly forgot –  Details on how to win a copy of the book on WW, later in the week.