Oiseau de Mer
Todays woody is a 30’ Hartley, built by Hughie Wells and launched in 1963. Built from kauri – carvel, with a 9’8” beam and draft of 2’6”.
Her 100hp 6 cyl. Ford diesel engine is unfortunately seized hence her current status on trademe of $103 & reserve met.
Currently located in Akaroa. Could be the makings of a very low entry woodys project.
Party In A Boat Shed 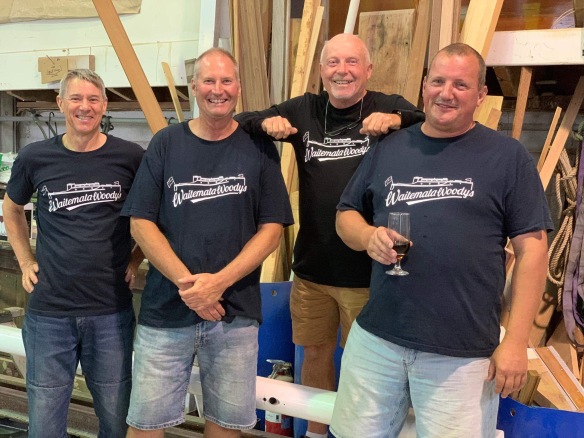 Walked into The Slipway Milfords Christmas party last night and you would have thought you were attending the waitematawoodys AGM, the SWM crew were all decked out in WW t’s. Great old school gathering, caught up with lots of woody boaters.
Stunning smoker/BBQ from Anatole Perry, assisted by Andrew Miller – the spare ribs were to die for 🙂
And yes, I’m standing on a nail box 🙂 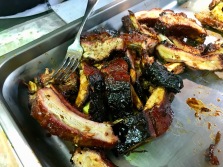 K CLASS BOOK WINNER
Incredible number (an all time record) of entries to yesterdays quiz. Slightly worrying that so many of you knew that Flora McKenzie ran a brothel in Ring Terrace, Herne Bay. A few even owned up to having met her 😉
So folks – the winner of a copy of Jenni Mence’s book – K CLASS was Jason Prew
The runner-up prize of a WW T-shirt was Brett Evans