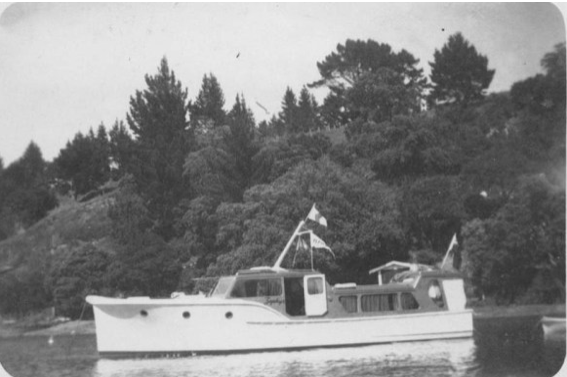 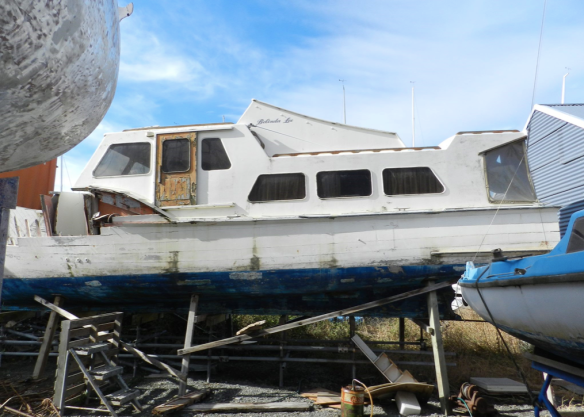 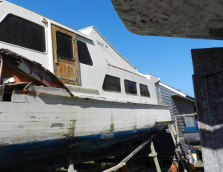 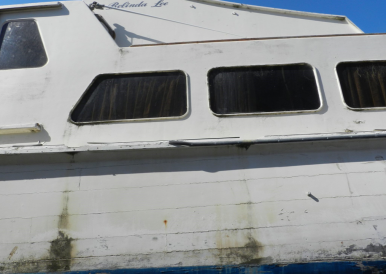 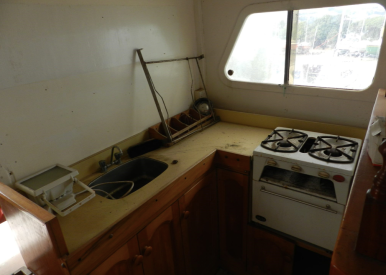 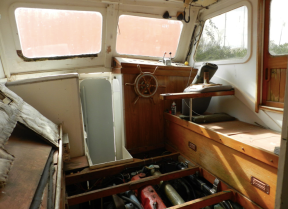 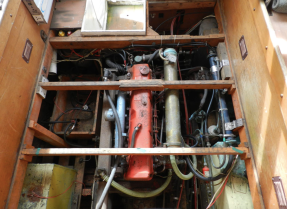 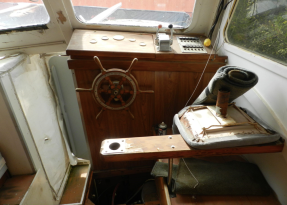 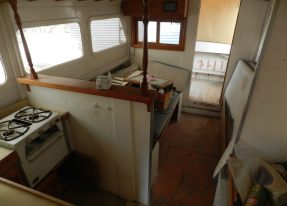 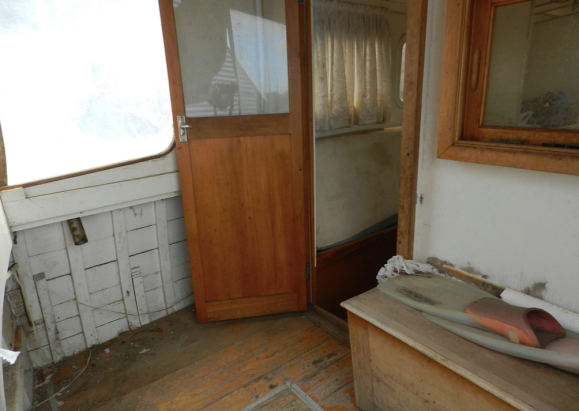 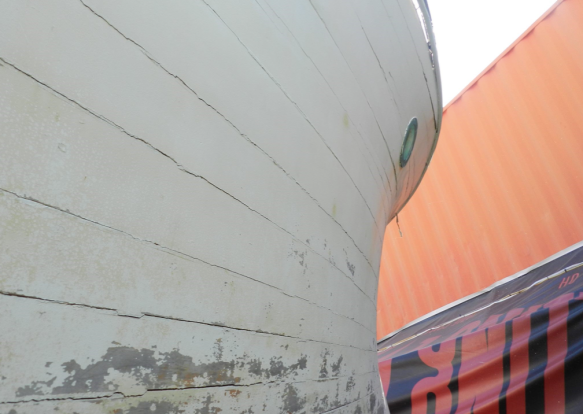 Could This Be Zephyr

Woody Nathan Herbert spotted the launch above on trademe – the photo show her name as Belinda Lee and the list says she was built in 1940, is 36’ in length.
Current zoom zoom is via a 1952 Ford 120hp diesel. The photos look a little scary but there are the bones of a good woody here if you had the time and budget to attach the above the waterline issues.
Current home is Christchurch, so that may limit her appeal to woodys north of Cook Straight, but the price at <$5k is right, if the Ford is healthy 😉
(b/w photo c.1948 ex K Ricketts)
So Woodys – was Belinda Lee, Zephyr in an other life?
18-02-2020 Update ex Andrea Collings
Andrea has located a couple of photos, see below.  Reproduction is not the best but we roll with that.. The one on the skid, is from when Andrea’s grandfather first brought her.  Andrea commented it has her grandmother, uncle (and she thinks her aunt). Andrea  believes she was having her motor removed.  Her grandfather (Mac Kelly) thought she was to thirsty and put a smaller engine in.
The 2nd photo is of her has Mac standing and one of his sons sunbathing on her roof.
Andrea is not sure of dates for these photos but believes it would have to be in the 1950’s.
Zephyr remained in their family until about 1985 when she was sold to a man from Auckland who Andrea was told was the gent who took her bridge off. After that Andrea didnt know what happened to Zephyr until she received an email WW and then read Logan’s post.
Andrea has promised to continue to track down any more information and photos, so it can be added to her story. 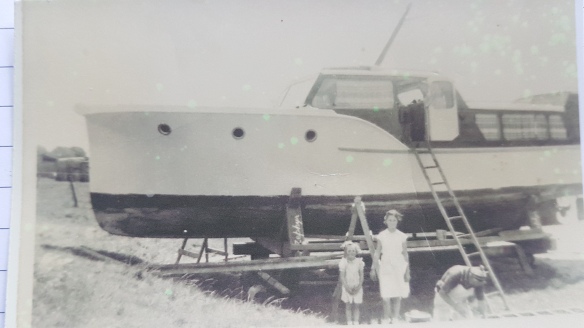 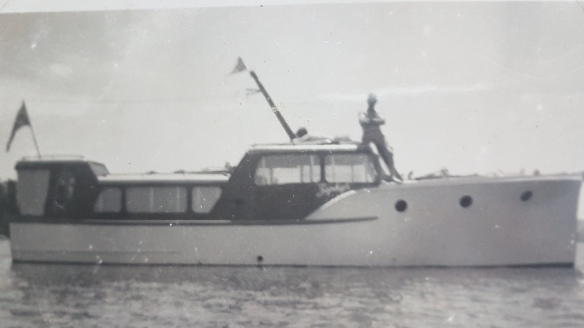 I have been recently contacted by Kevin Lyall who via his mother, Hope Lyall, has contributed more details and photos from the vessels past. Kevins grandfather was a previous owner names – Mac Kelly and mentioned also in Andrea Colling’s input above.
I’ll let Kevin & Hope tell their story.

“The completion of Zephyr was delayed until after WWII, as the government was going to commandeer her as a patrol boat. She was originally powered by a single 165Hp ChrisCraft marine petrol engine, taken from a twin engine WWII landing craft. Not sure if the HP is correct, had a look and could have been a K series or Hercules series engine?

Mum said the original engine was under the floor, but the new engine had an engine cover built which took up space in the cockpit. She was re-powered with a Lee’s marine diesel (Ford)

She sank at her mooring in Awaawaroa Bay late 1970’s or early 1980’s, due to an engine intake valve being left open. She may have sat floating at the mooring for several years after that  as I remember her being beached at Pipitewai Bay and sacks of mussels being removed from the hull,This may have been around the time she was sold on.

We used to visit the family farm at Awaawaroa Bay, board Zephyr at Maraetai Wharf and sit on the bow with our groceries for the trip over the Tamaki Strait, we did this a few times for school holidays and Christmas. Must have been pre 1981.

My mother and family did a lot of trips on Zephyr all around the Hauraki Gulf and out to Great Barrier Island in the 1950’s and 1960’s.
Many stories of fishing and visiting islands and meeting up with other boaties.” 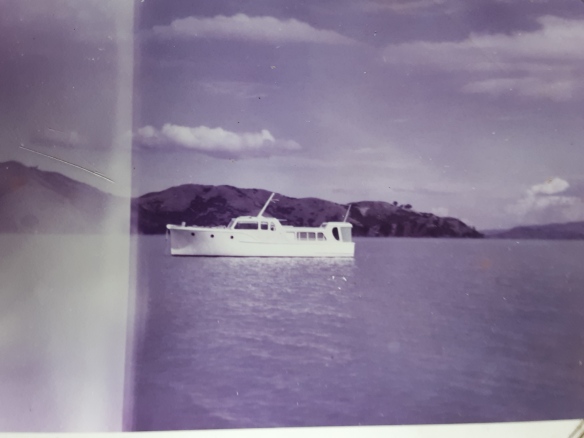 8 thoughts on “Could This Be Zephyr”