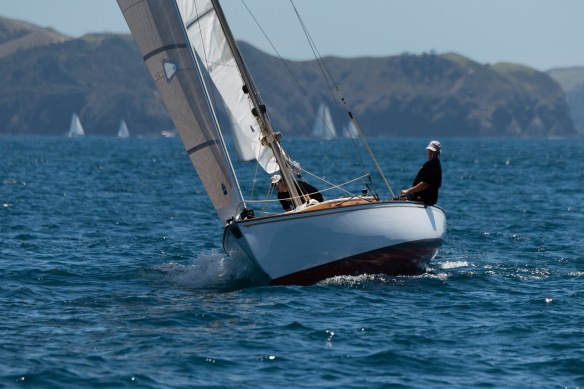 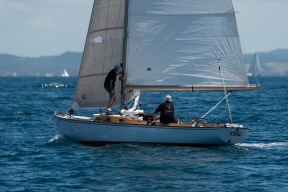 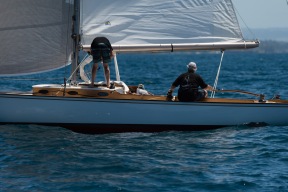 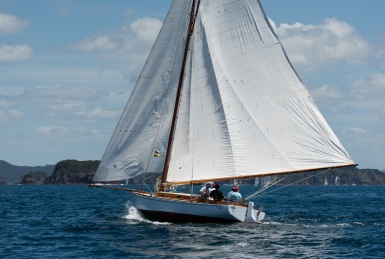 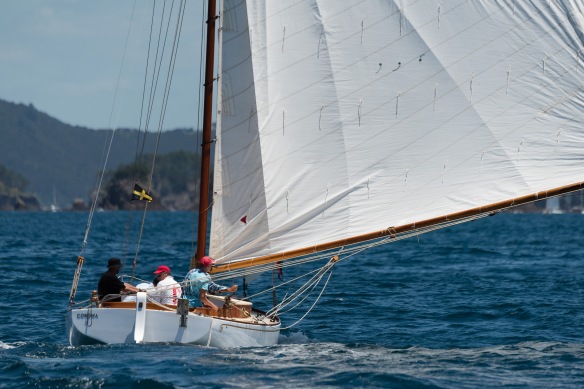 Woodys at the Bay of Islands 2019 Tall Ships Regatta

I have been getting lots of chat on last weeks B.O.I. Tall Ships Regatta – I understand it was the biggest event yet as far as numbers, weather, & wind went. Boosted by the inclusion of two super yachts taking part – Silvertip & Thalia. The organisers got the hangi right & the food was spot on. Two bands kept the crowd entertained & the dancing went till 1am 🙂
CYA stalwarts Kirsty & John Bertenshaw, cleaned out the regatta winning line & handicap with Riada, their 1975 Laurie Davidson designed ketch.
The photos above come to us from the camera of Dean Wright. The highlight for me in viewing the photos, was seeing Tino Rawa head honcho Tony Stevenson at the helm of the recently restored – Teal. It’s been a while since TS has been on the rail of one of the TRT classics…. Welcome back Tony , how’s the bum?  🙂
Update 17-01-2019 – Photo below (ex Hylton Edmonds) of Lady Crossley on duty as start/finish boat. 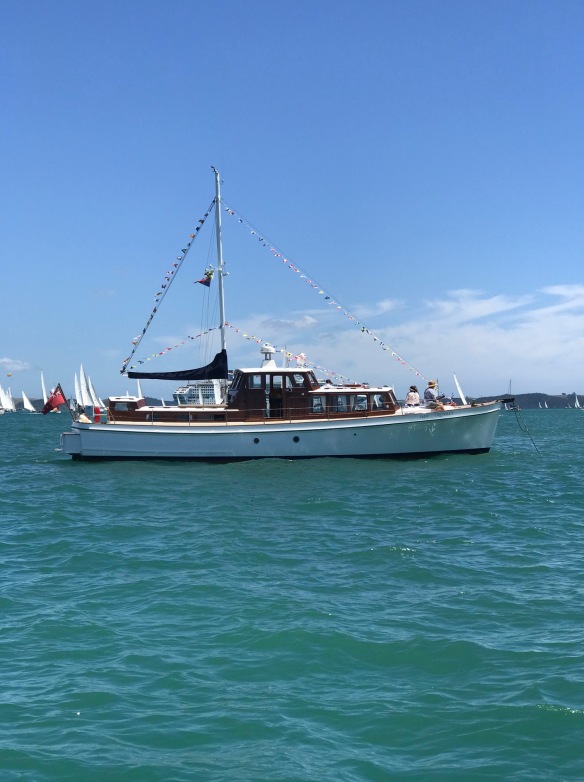 Colin Pawson is a big fan of getting kids into boating at an early age – so when he spotted Ben (6) and Libby (4) Managh, entertaining themselves in the wooden dinghy that Ben and his dad John designed and built at home, he dived into the cabin to grab his phone/camera. Colin was moored near the Managh family at Kaiarara, Great Barrier Island last week. 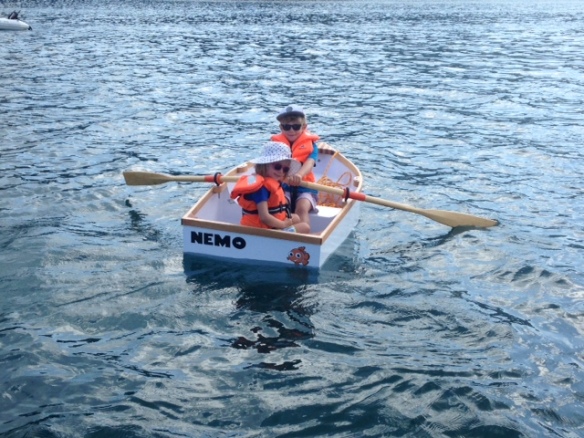