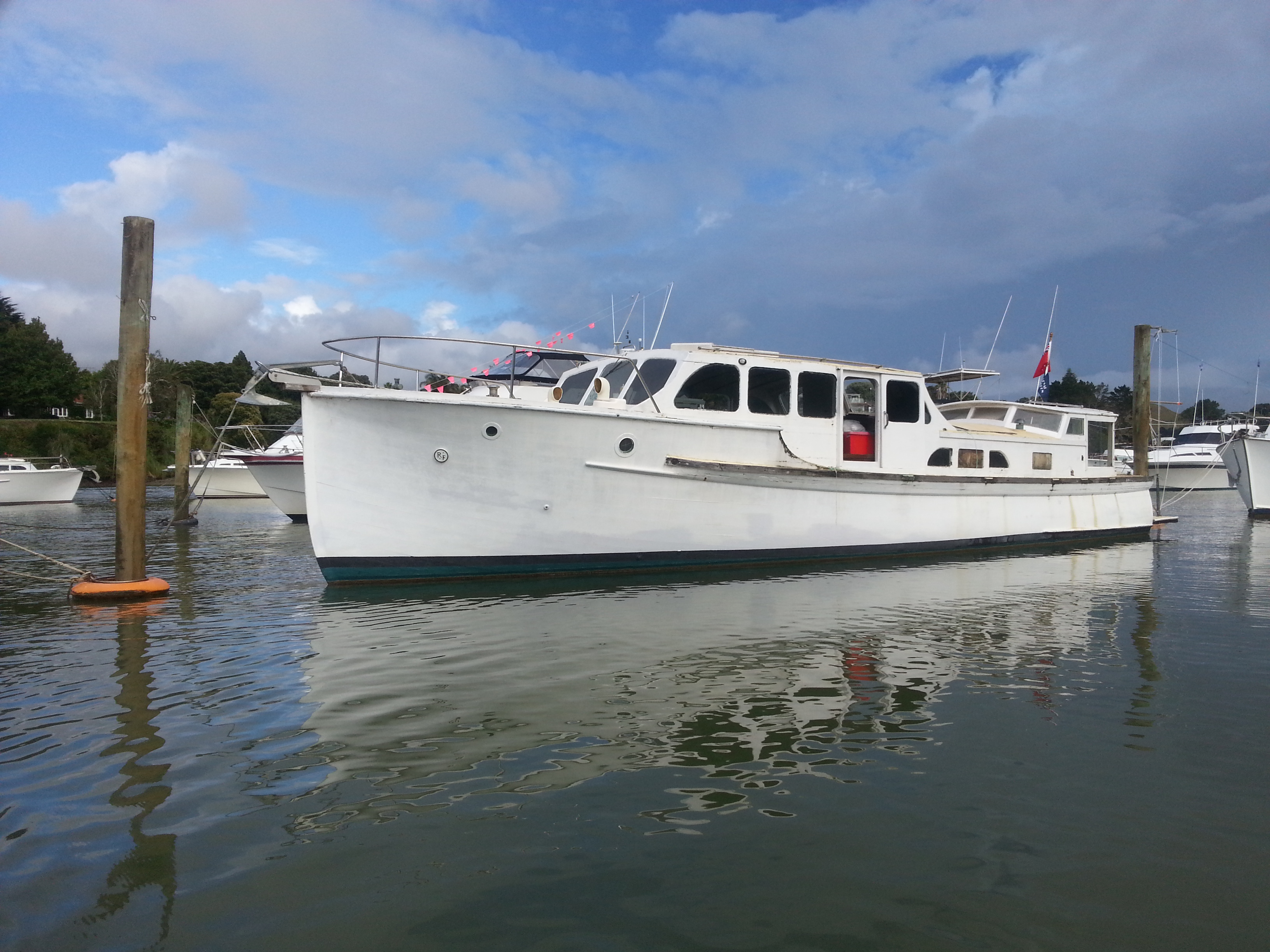 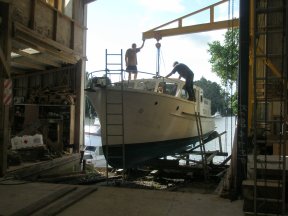 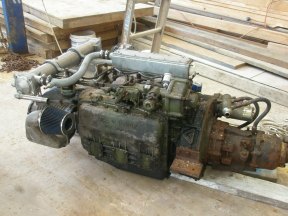 Having languished on the Waipuna River for the last 10 years and now 20 – 25 years behind in maintenance its owners have moved her into a shed at Waipuna.

They have a long road ahead of them, as they plan to almost completely rebuild from the deck up plus some hull work. I’m very pleased to say they have already removed the flying bridge, due to rot, and intend to return the exterior to its 1940 shape as per the WW photo at Mansion House Bay Kawau Island (see below).

RF’s engine, a Commer TS3 has already had extensive work done it but is being further worked on by TS3 specialist Mark Erskine and will be good for another 20 years.

You can read more on her here, make sure you read the comments section – lots there    https://waitematawoodys.com/2013/04/22/royal-falcon/ 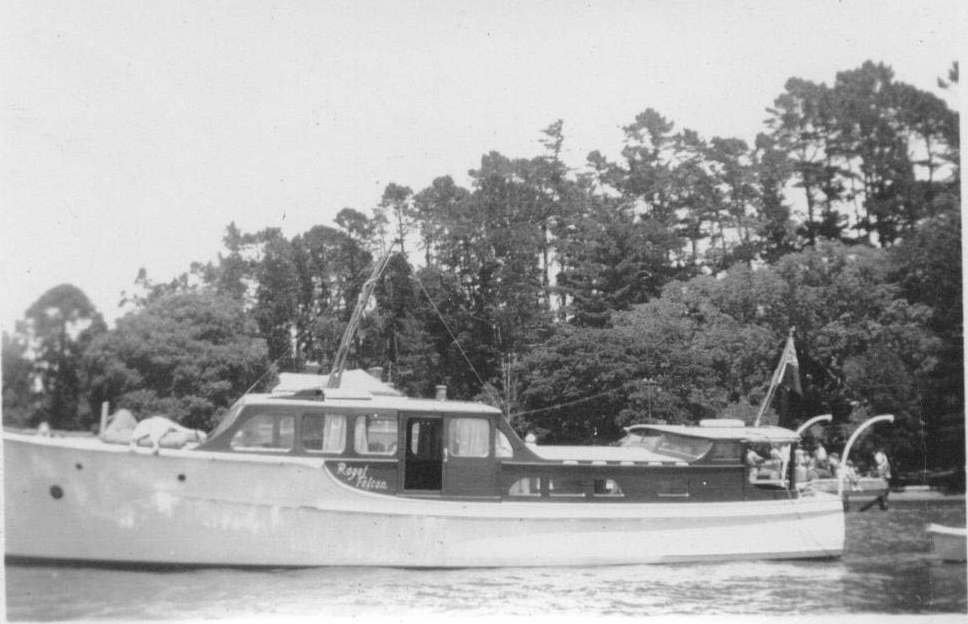 The stern tube has been rebored to remove the 20 mm whip in the shaft, apparently from when the cockpit extension went on.

She has had 47 broken ribs replaced with new spotted gum steamed in ribs, and we have nearly finished replacing 1800 copper nails and roves !!

Engine beds have been replaced, and a new anchor locker and bulkheads are about to me made. 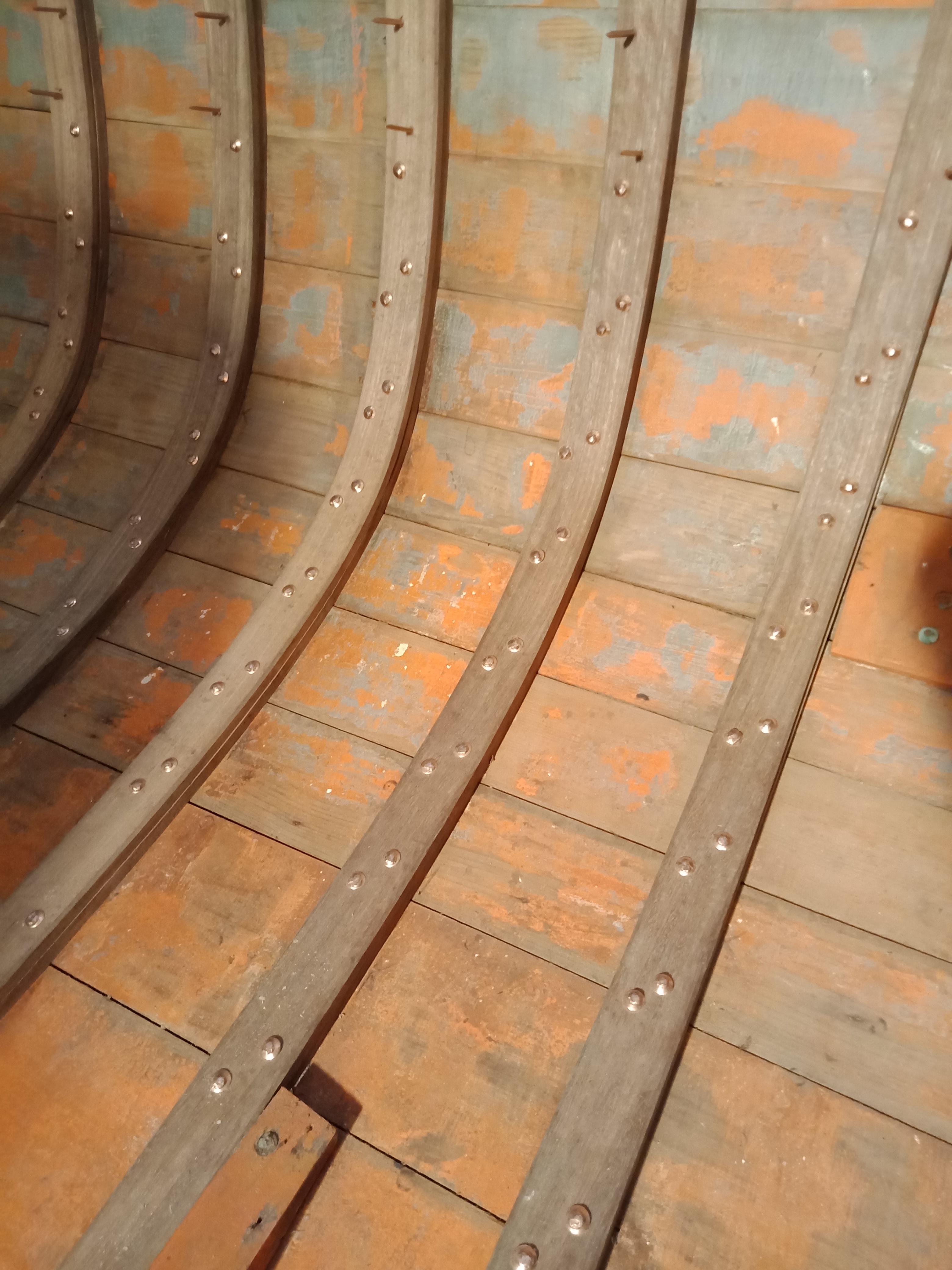 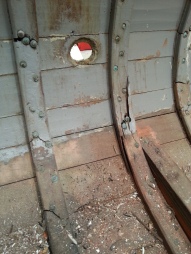 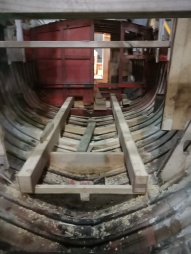 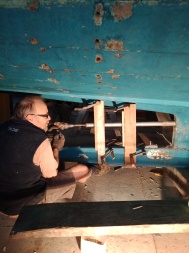 And a couple of photos ex the NZ Herald , as she was launched – very smart looking launch. 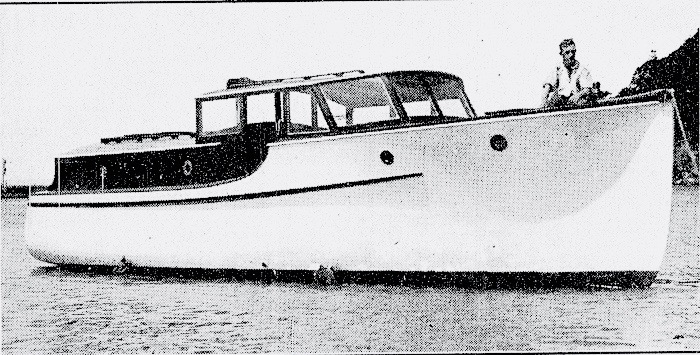 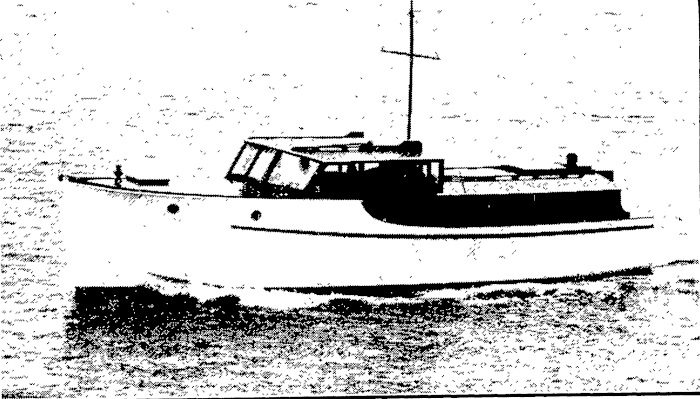 I dropped into the Leader Boat Yard today to see how RF was coming along – boatbuilder Dave and owner Steve, gave me a ‘guided’ tour. The boat has been completely gutted and her cabin top removed. Lots of new ribs and almost 100% re-rivated, then the hull has been splined and glassed. New decking and beltings are complete and you will see from the photos below the new bulkheads – don’t panic about the height, once the engine is reinstalled these will be trimmed to size. The yard / boat shed is situated on the Panmure River waterfront.

We will be following this project – its estimated to be approx. 2 years before splash date.

If she looks longer than in so of the b/w photos above, thats because 6′ was added to her stern – many years ago.

Royal Falcon is a very lucky boat – not just in having Steve Pople as an owner – she was once owned (briefly) by ‘Tom The Torch’, so that was a lucky escape 😉 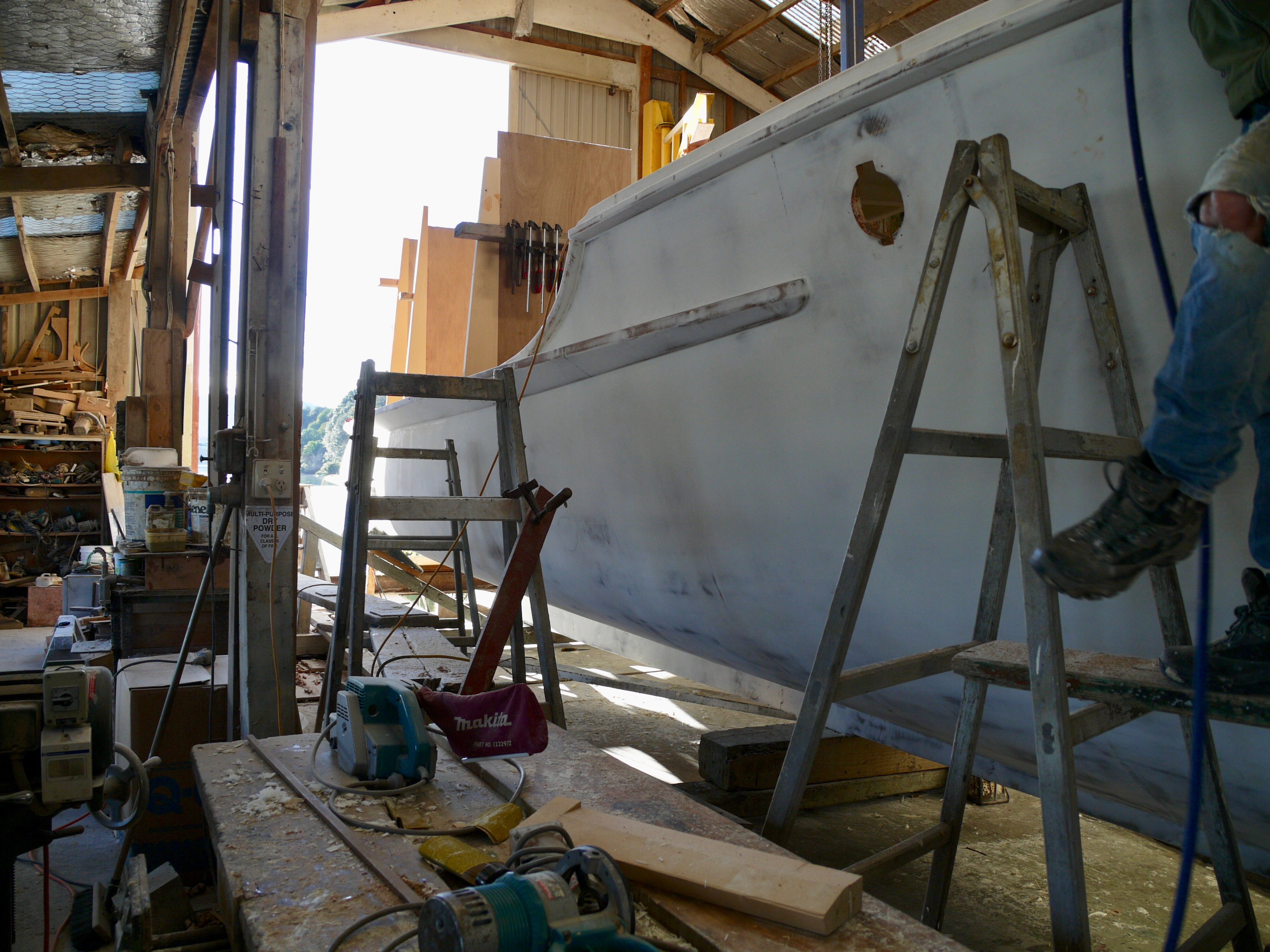 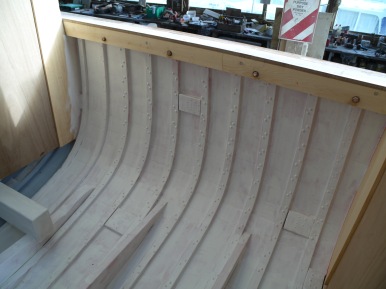 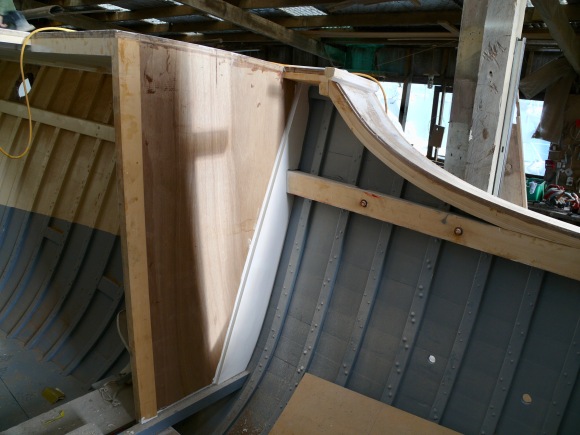 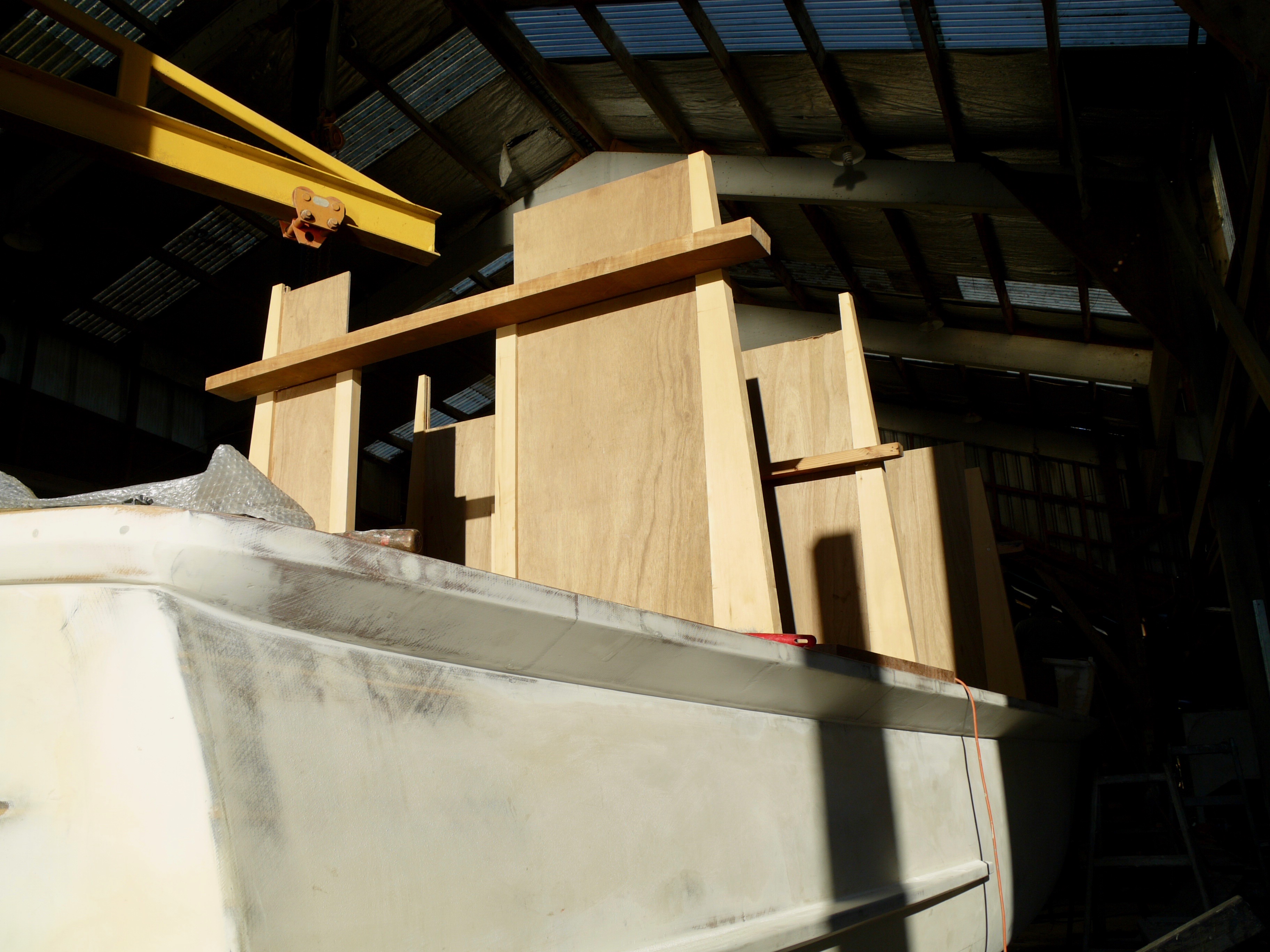 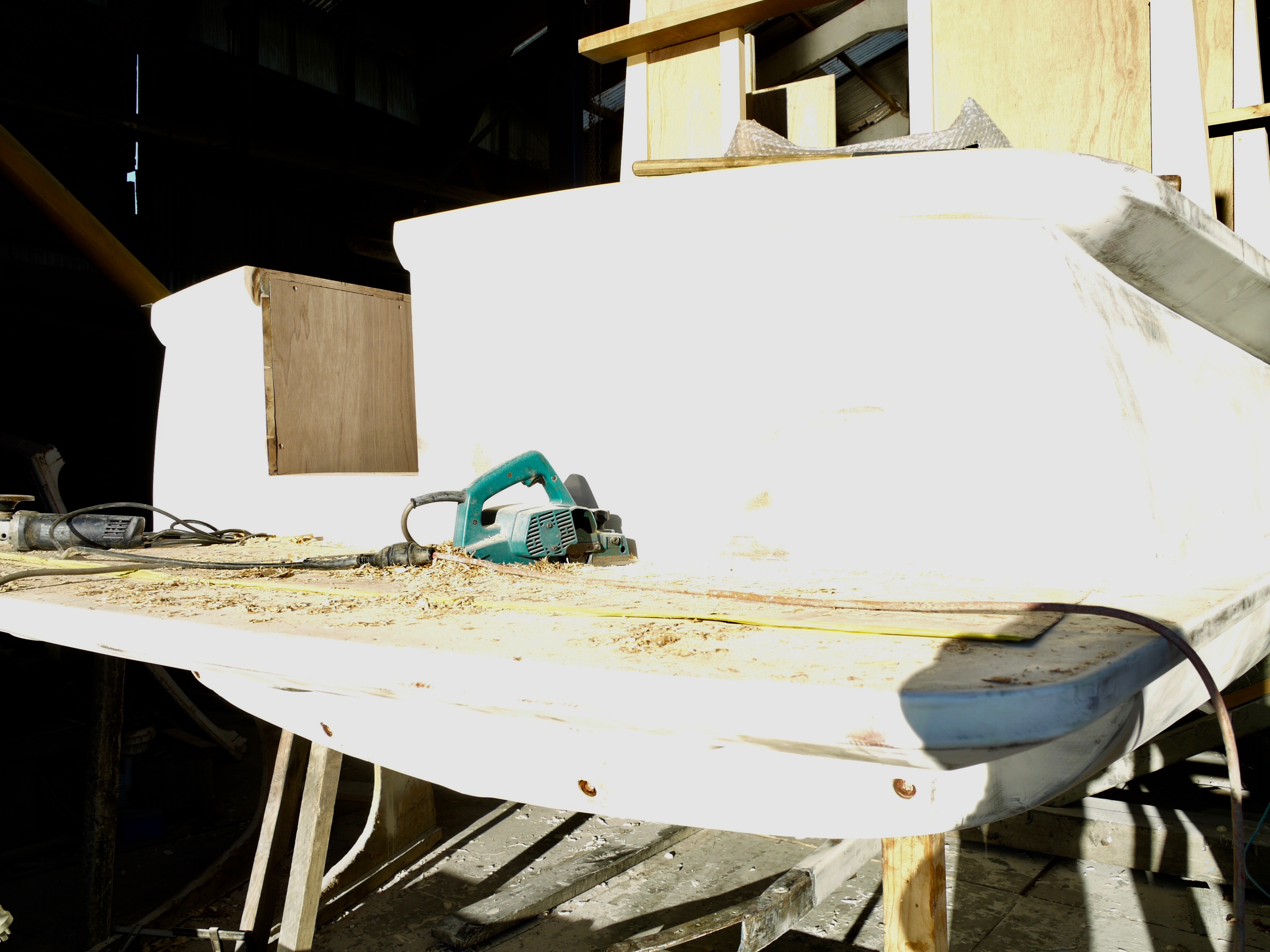 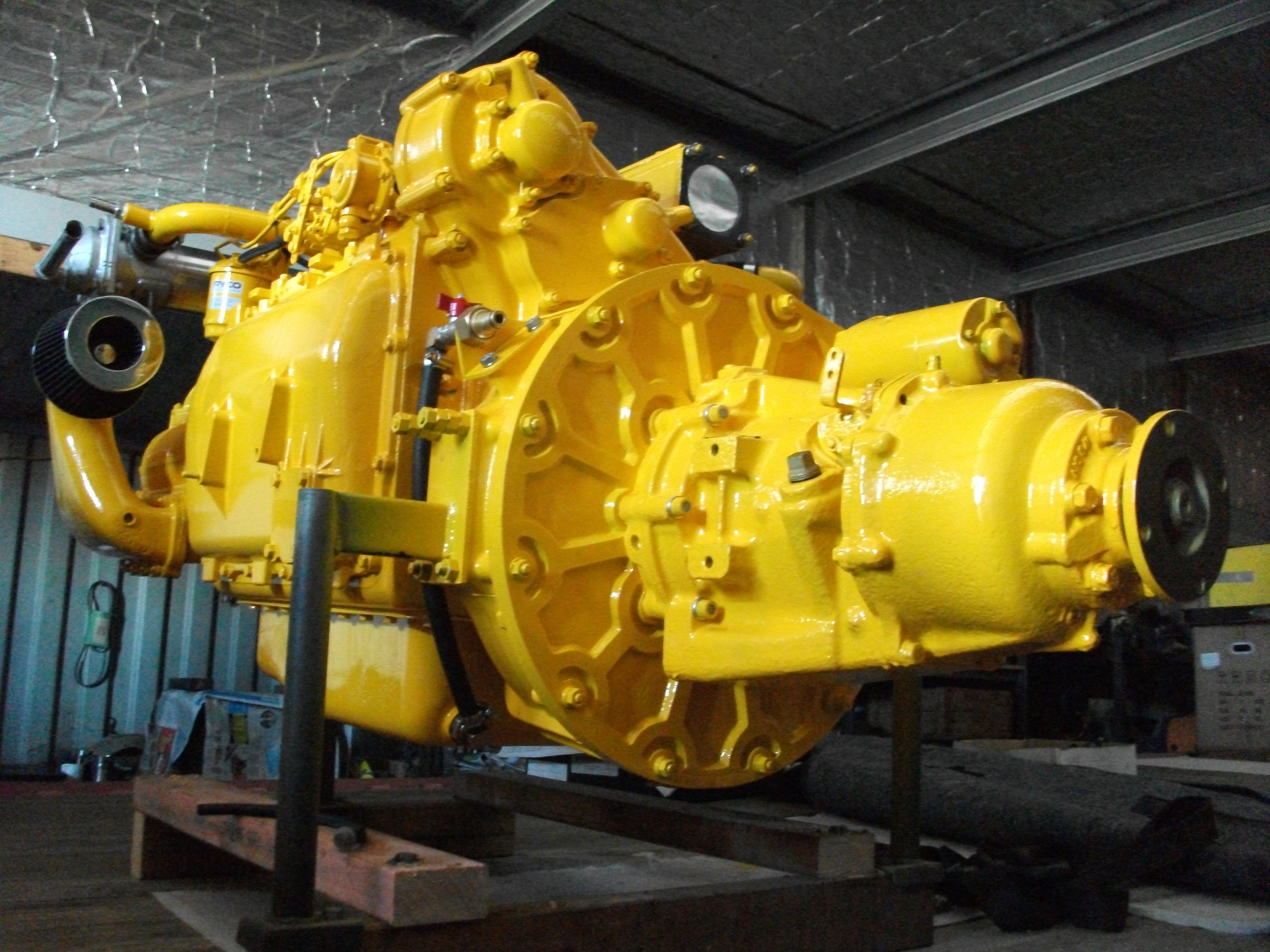 Update 21-09-2020 Photos below ex owner Steve Pople , as found in the vessel’s log + one from the Andy Donovan collection