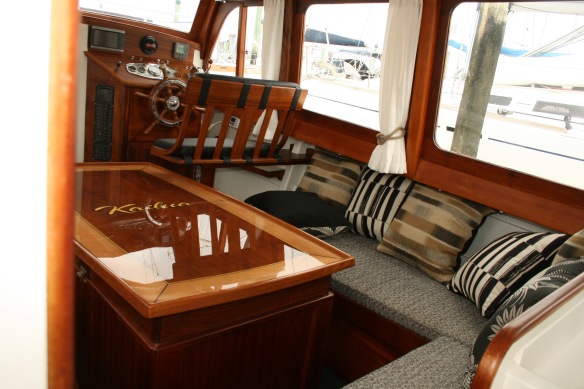 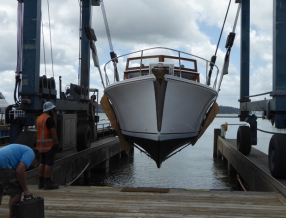 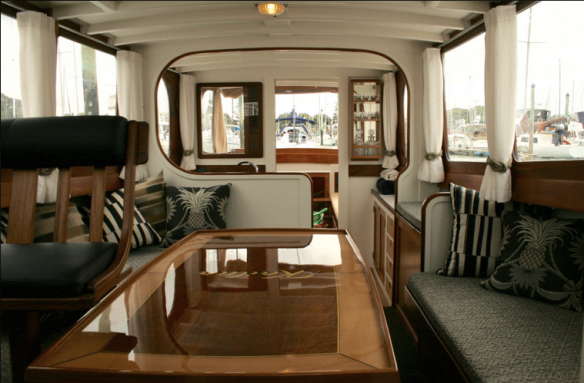 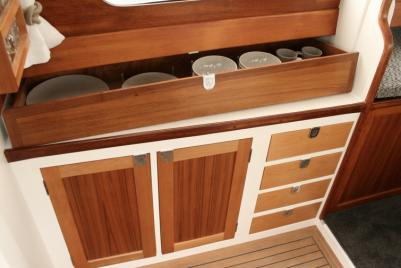 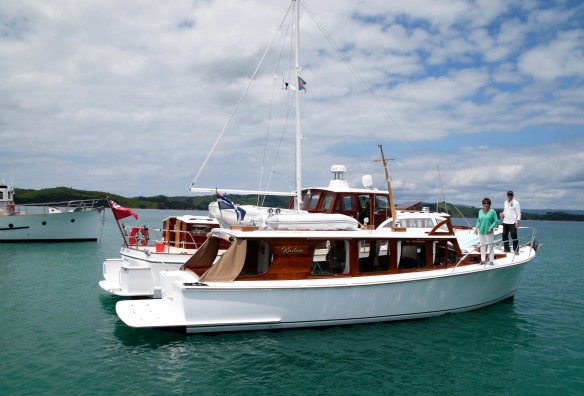 Regular visitors to ww will have followed Kailua’s winter haul out at the Nautigue boat yard at West Harbour. Not long after new owners Jacquie & Stephen Langton purchased Kailua off Graham Guthrie, the decision was made to give her an extensive make-over. Stephen choose the Nautique yard to complete the work & reports that with the team of Ben & Neil the craft work and project management was great & he  only has good things to say about them – he joked to me that in the past he has built a few houses, & it’s hard to rave about your builders at the end of the project, but with these guys its been the exception.
Kailua was designed & built in 1960 by Bob Salthouse, when launched she was named – Lady Beryl.

Kailua was relaunched in late November 2016 & her first public outing was the CYA Xmas BBQ weekend at Patio Bay.
Enjoy the photos – you can view more on the project at the link below.
https://waitematawoodys.com/2016/09/05/kailua-2016-refit/