Today we feature the Logan Bros ex work boat Moerangi. When launched in 1901 she was schooner rigged & also had one of the first oil engines in New Zealand.
Built for Archibald Weir Jnr. she started her working life towing the commercial fishing fleet in & out of Moeraki, as the fleet started installing engines her role became redundant & she became a passenger ferry with the Peninsular Ferry co. in Otago. Around 1920 she was converted back to a fishing boat & moved around several ports – Port Chalmers > Lyttlelton > Akaroa. Her past is a lille cloudy after 1920 until the early 1980’s when she was converted to a pleasure craft. Her owners Alice & Mick Sinclair would love to know more about the ‘missing’ years.
ww has a great relationship with the crew at NZ Life & Leisure magazine, the #1 selling magazine in its field & we thank them for sharing this story with ww readers. You can find out more about the magazine here    http://nzlifeandleisure.co.nz/ 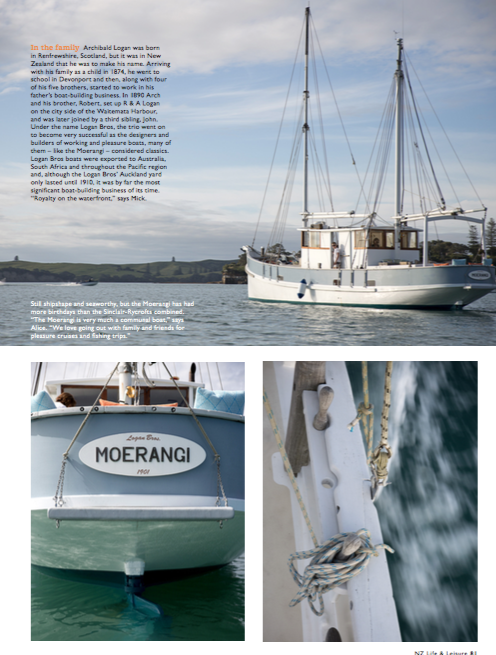 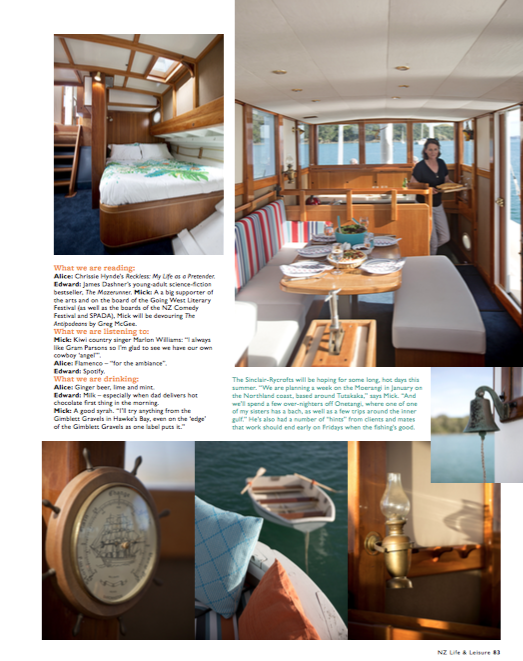