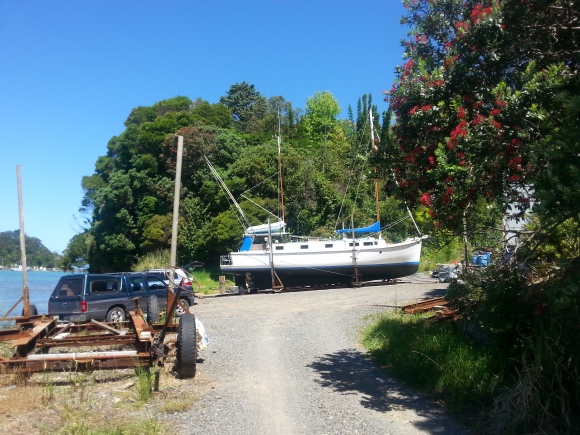 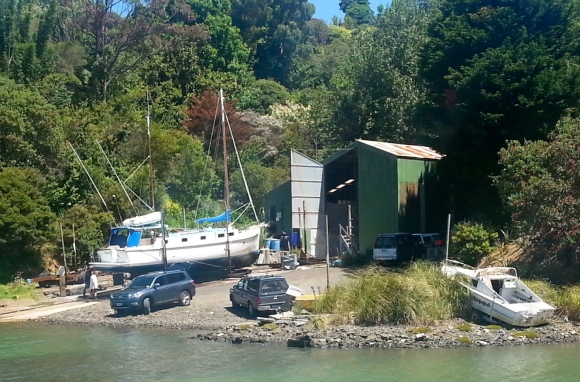 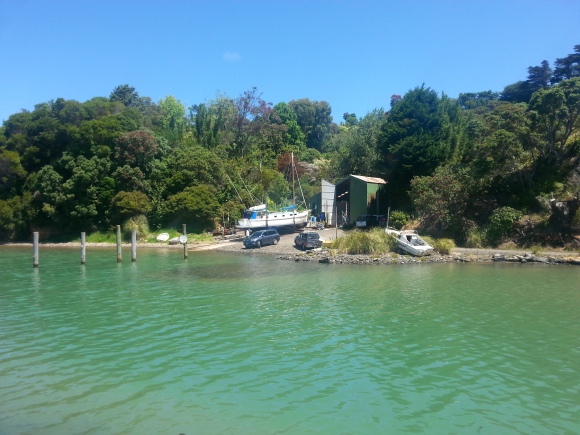 Todays photos were taken in early Jan 2015 by Nathan & are from Tutukaka. The hauled out ‘yacht’ has an interesting set up – 2 masts + game poles 🙂
I have to say it looks a great spot to haul out.

Anyone able to shed some light on the boat?

No longer a mystery – its Ngaio, designed by Jim Mason in 1941 – photos below from Dean Wright 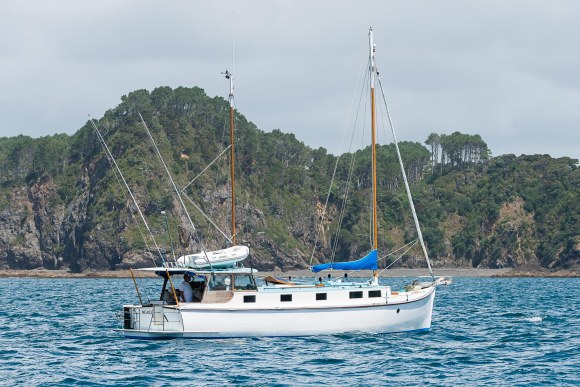 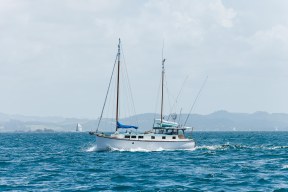 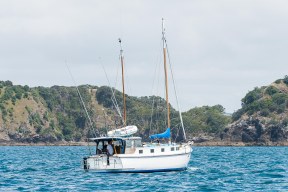 In case Ian doesn’t post, she was designed and built by Jim Mason at Grey Street, Whangarei from a half model and launched in 1941. She was partly mobilised in 1942 by NAPS and crewed by Jim Mason, skipper, Tom McKinnon, deputy skipper, and Jack Carpenter, Bob Baker, Peter Roberts and Ian Crawshaw. Her NAPS number was Z40.
These NAPS boats did a great job during wartime when German commerce raiders and minelayers were busy around New Zealand at the start and were followed by Jap submarines checking us out. The Whangarei boats were in the most likely place for trouble.
Lovely boat. 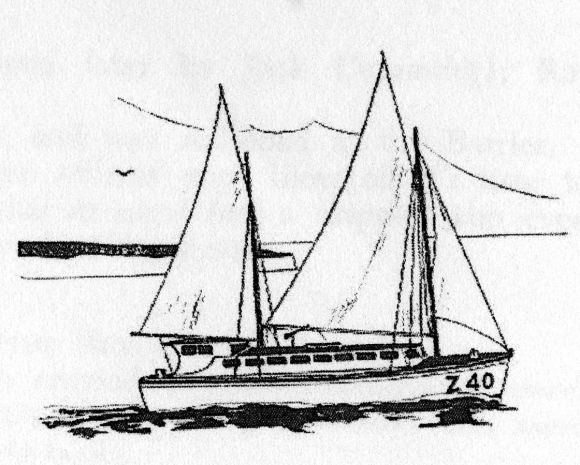 A following up on Harolds post on Ngaio,all correct I might add. She was built over a two year period. She is carvel planked in kauri over kowhai ribs and pohutukawa stem, stern and floors. Her first engine was a 6 cylinder Delage out of a car owned by my father. When it was replaced in 1957 by an air cooled Enfield they got more for the scrap than Dad originally paid for the car. When she was built kauri was 3 pound 15 shillings per 100 super feet and the copper nails were the equivalent of 75c per pound. The original suit of sails cost 25 pound from Sails and Covers. In those days she carried 750 sq ft of sail. Since the Enfield she has been powered by a Ruston, Bedford and now a 6BB1 Isuzu. I installed this in 1995  and we have had 7000 trouble free hours since. I first went aboard Ngaio when I was 4 months old. I have 4 children and 9 (to date) grand children and they all love her as much as those  that have gone before. I think she will keep the same name and family ownership for a while yet.