ZEPHYR
Last week I was contacted by Barry Robinson of Thames re his launch Zephyr which has  made a few cameo appearances on WW. Barry has owned Zephyr for the last 30 years and she is currently stored in his shed, at the tail end of a restoration and should be relaunched soon.
Barry commented (in his words) that he was getting on new and probably it would be good for someone else to take her on.
The photos above give us a glimpse of the boats evolution during Barry’s ownership.
The first one shows her up the Waihou River and then at Whangamata in 1994. The ones on the slipway are dated 1999 and shows cabin Barry added.
The last three photos record a sad day up the Waihou River. Barry tied Zephyr to pole at full  tide to go floundering. Out going tide, boat sat on under water old Pier poles. Two  speared  through the hull. With tides getting bigger Barry was able to fill cabin with 10  200 litre drums and got enough flotation to clear poles and drag her to shore with two 4  wheel drive vehicles. Pulled her onto the shore with a 17 tonne digger. Patched two  pole holes and towed her to Puke bridge (Maritime Park Paeroa). Then put her on road trailer  and with a tractor, towed her to the farm at Puriri.
Below are copies of an article on Zephyr written by Robert and Caroline Teixeira when she was owned by well known Bay of Islands commercial sports fisherman – Joe Miller (painting) 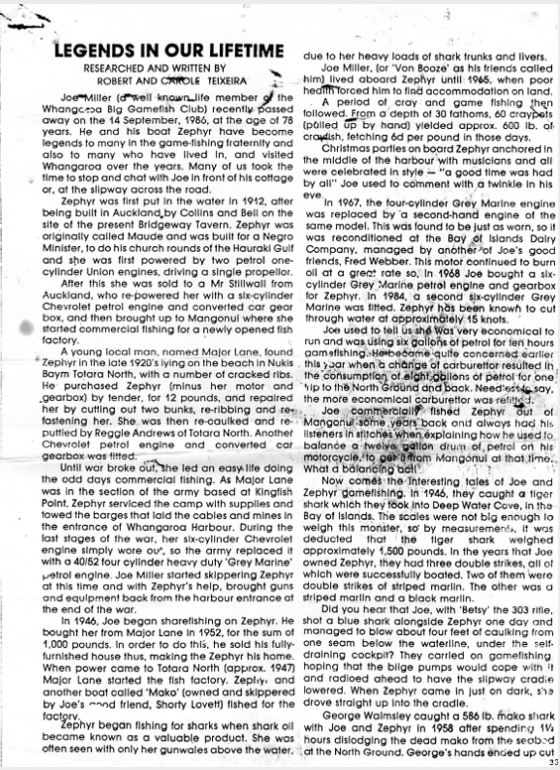 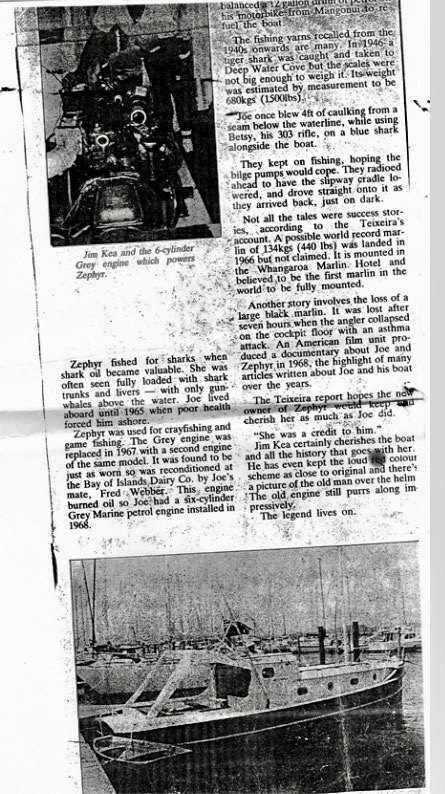 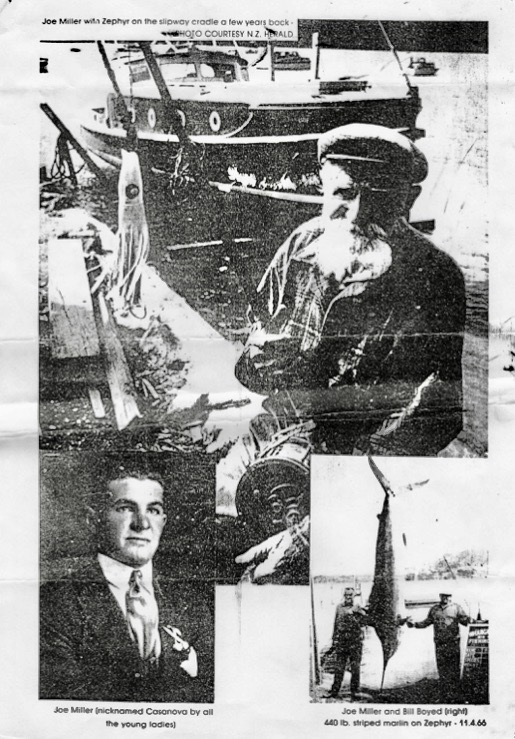 29-07-2020 Harold Kidd Input – The first 3 paragraphs of the text of “Legends in Our Lifetime” sound like a waterfront yarn. . “Collins and Bell” and the “site of the Bridgeway Tavern” don’t go together.but there”s a kernel of fact in there I guess. The”Negro Minister” intrigues me. I’ve heard it before and wonder if it’s a conflation of Rev, Jasper Calder, but will check out this interesting angle and see if it has legs (mixed metaphors, anyone?)