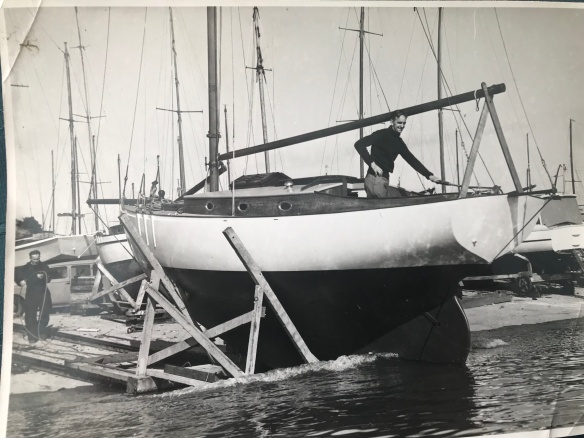 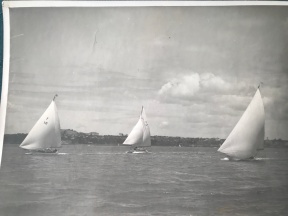 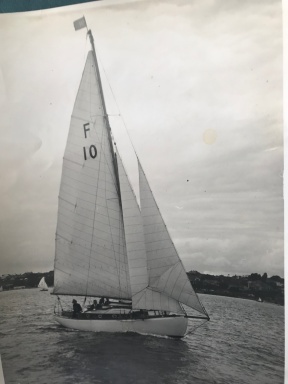 WAITOA F10
I have been sent the above photos of Waitoa F10, by Mike McGehan. Mike’s father, Mervyn is seen in the 1st photo on launch day 1947.
Previously on WW there has been debate as to a photo and details supplied by Ken Ricketts around his experience of the yacht (WW link below) as a result of Mike sending me the above photo and details, we can now safely assume that Ken has his wires crossed. https://waitematawoodys.com/2017/03/26/waitoa-sailing-sunday/
Previously on WW the McGahan family and Harold Kidd have commented on Waitoa’s provenance (link below)
https://waitematawoodys.com/2018/07/08/waitoa/
Comparing the photos (below), I’m now happy to put this debate to bed 🙂