Start of a cruise down the gulf. Barbara, Dick’s elder daughter at the tiller. 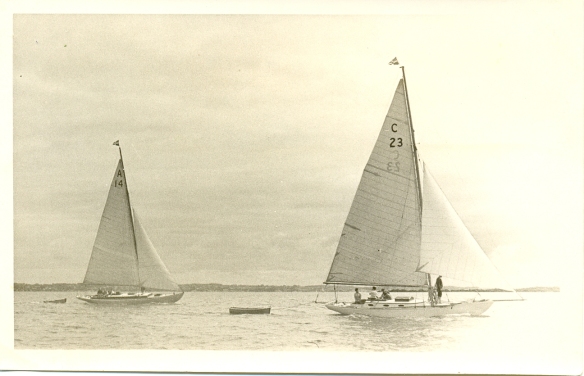 (This picture dated 28 January 1961, so must have been sent to Bob when he’d returned to the UK. ) Jeanette at the start of the Trans Tasman Race. Bob. Bill Patterson at tiller. Bob Watham in the cockpit. Harry Pope up forward.

JEANETTE C23 – Updated Story
Back in June 2019 I did a story on the 1933, Ted Le Huquet built yacht Jeanette, WW link below, this prompted Drew Glasgow to send in the photos above taken in the early 1950’s by his late father Bob Glasgow, who often sailed in her, together with Dick and Barbara Bakewell, who bought the yacht off Ted Le Huquet.
According to Bob’s description, written on the back of one photograph, she was a 34′ marconi-rigged cutter.
https://waitematawoodys.com/2019/06/23/c23-sailing-sunday/
I have captioned each photo with text supplied by Drew from the back of the photos, penned by his father.
Question of the day – any one able to tell us how the above yacht ended up in Portsmouth, Rhode Island, USA? Is it a Kiwi boat or just been named by a Kiwi? 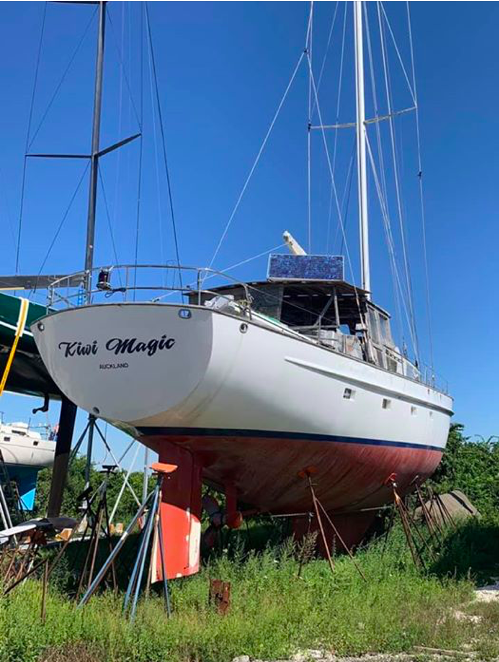