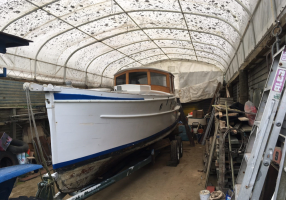 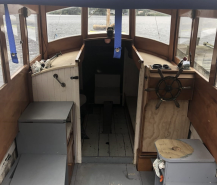 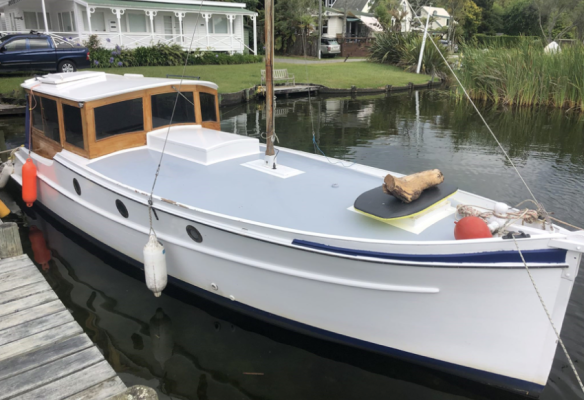 PIKO – A peek down below
Piko was built in by and is 28’ in length, with a 6’ beam and she draws 2’.
Power is from a 2002, 18hp Volvo diesel.
Her current home is on Lake Rotoiti (Nth Is.) She has made numerous appearances on WW before as part of the annual Lake Rotoiti Classic and Wooden Boat Parade.
She has just popped up on trademe with a very realistic price of $15k, needs some TLC to the interior but nothing most of us couldn’t do.
Interested in hearing more about her past life i.e. has she always been on the lake and if not where has she been over the years.
Harold Kidd Input – PIKO was built in Parnell in September 1927, designed by and built under the supervision of H.N. Burgess, formerly boatbuilding in Judges Bay. Her first owner was J Bates. She had a Briscoe heavy duty engine. Bates kept her at Judges Bay. Not Collings & Bell.
Murray Deeble Input – She was on a mooring off Akarana prior to being transported to Tauranga/Rotoiti in the early 90’s

2 thoughts on “PIKO – A peek down below”