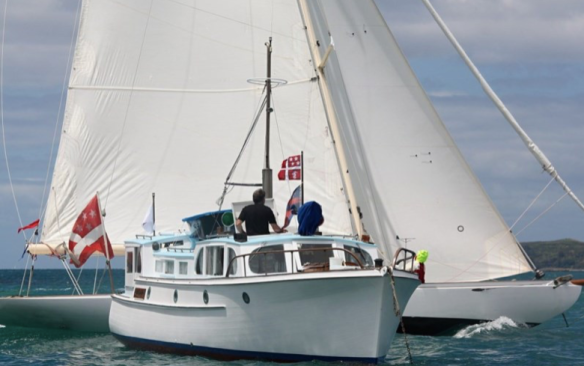 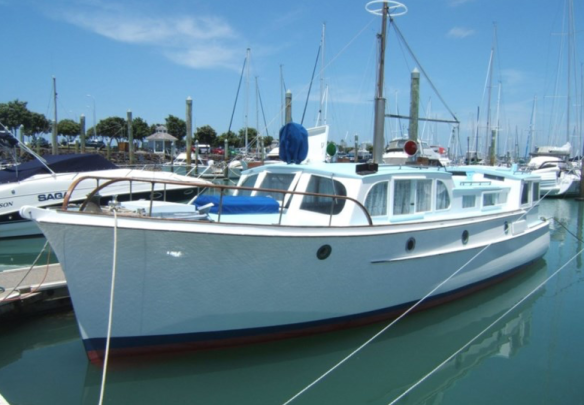 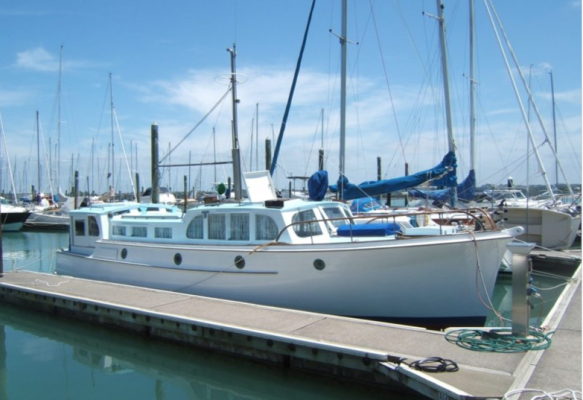 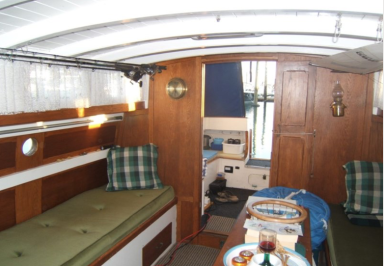 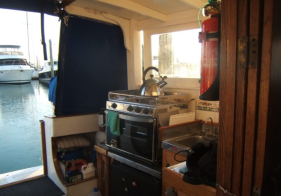 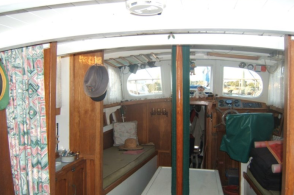 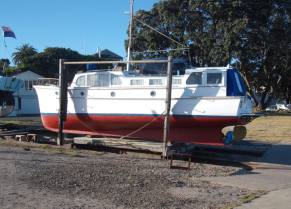 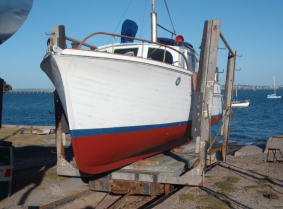 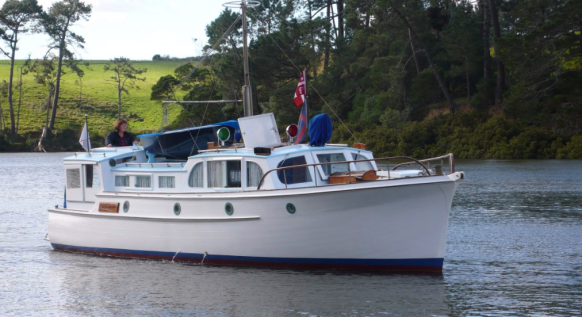 CASTAWAY (Islander)
Castaway was built in 1947 by boatbuilder Dick Lang as his own boat. A bridge decker she is 33’ in length, has a 10’ beam and draws 3’.
Over the years there have been several engines (Chrysler Crown > Fordson 6cyl,100hp), these days her power is via a 1984 65hp Mitsubishi diesel (marinised by Chris Moon) that sees her comfortably cruising at 7 knots with a top speed of 8.5.
As launched Castaway was named ‘Islander’ but this was changed c1973 to Castaway. I recall there was an interesting tale around this, along the lines of the word Islander not being very PC 🙂
In the period 1985>1989 she underwent an extensive re-fit that included the hull being re-fastened and a new oak timber interior.
Castaway has been owned for the last 20 years by well known woody – Chris Leech, and cruised extensively from the Bay of Islands to Coromandel and Great Barrier Island. Castaway is now on the market following a ‘consolidation’ of the Leech families fleet. She is a very well equiped classic woody and with her 10’ beam very liveable.
You can read more on her past here.
https://waitematawoodys.com/2013/03/15/castaway/