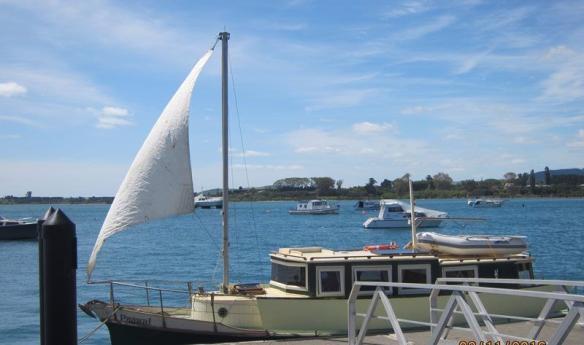 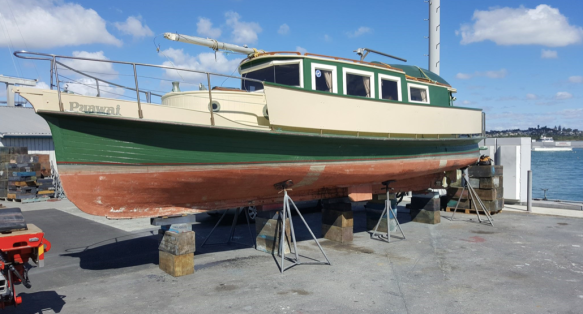 PUAWAI – Needs A New Owner
I was contacted by Warwick Marshall the owner of the kauri (double diagonal) planked launch Puawai who is wanting to sell her, Warwick’s circumstances have changed & he is planning on re-locating out of Auckland so ownership of a classic woody is not not part of the future.
I’m told he is open to offers around $10,000, she needs some work, but don’t they all. To me seems reasonably price & could be a very cheap live-aboard. On this front, she has stabilising pods so can dry out between tides without toppling.
Puawai was built c.1908 & is a 33’ Forrester design – if you click the WW link below you can see & read more on her past life.
https://waitematawoodys.com/2016/07/25/puawai/
Warwick is leaving town soon & doesn’t want to leave her un-loved on a mooring, so woodys, anyone interested in her?
The boat has been out of water and on the hardstand in Bay 24 at Half Moon Bay marina. Check with owner first (021 876 167) before checking her out, as she may be back in the water.
While out owner has removed the fuel tanks as she had the diesel bug when he bought her. Tanks cleaned, fuel lines replaced and new glass bowl filter installed. Installed new reduction starter motor.

Water tank removed and leak repaired. Bilges and hull under and behind tanks cleaned and painted.