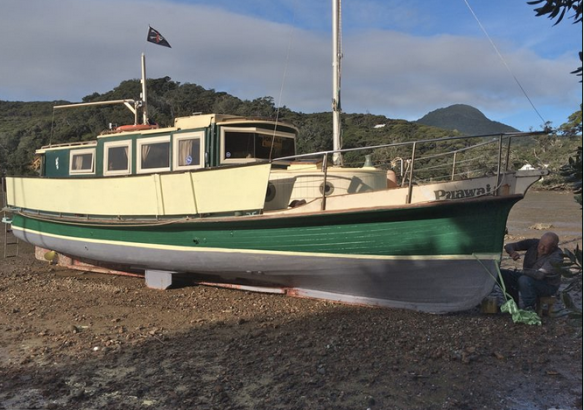 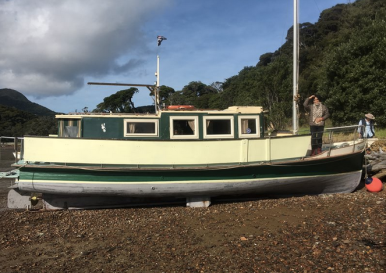 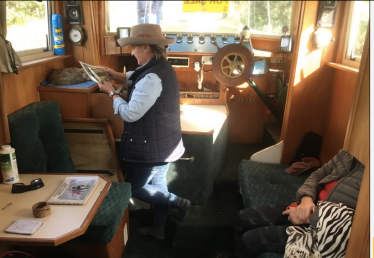 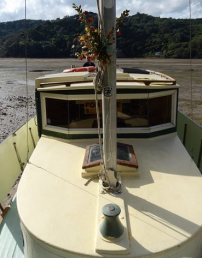 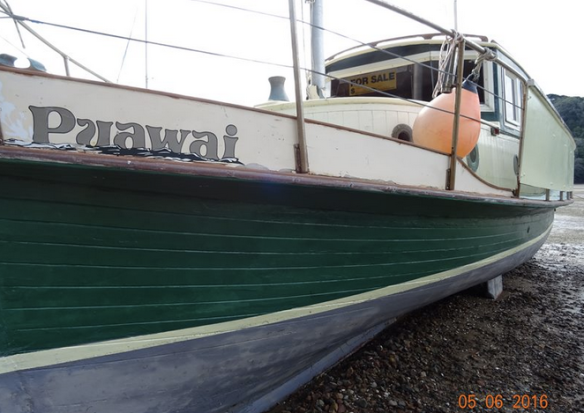 Today’s story is on the 33′ launch Pauwai,which was built by Arthur Eli Forrester at Whakapiru in 1908. Its been commented that the boat is similar to a Logan as Arthur worked for Logan Bros and built five boats himself. She served many years on the Kaipara Harbour. D/D kauri plank construction & powered by 60hp BMC Commodore diesel giving 9-12 knots.
From the photos she appears to have a nice timber interior, quite roomy with big forward cabin, dinette.

Puawai sold last week on trademe for $5,620 to a Tauranga buyer, given that the seller (deceased estate on Great Barrier Island) paid $30,000 for her in 2013, someone got a good buy.

Do any of the woodys know more about her past?

Owners include Wilson of Helensville (1), Logan McLeod, Pouto, H.B. Bradley, Dargaville, W. Hansen, Bruce Carter (1985), then a name change to WAIWERA and transfer to the Waitemata. Louise Brewer 2004 did a revamp. 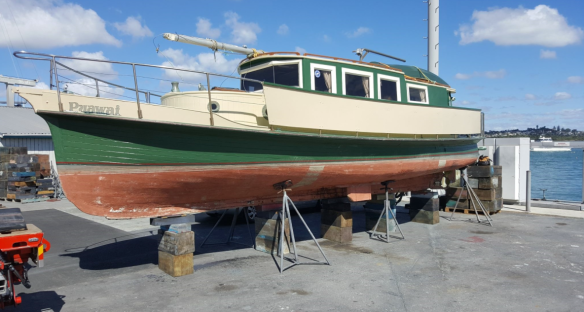 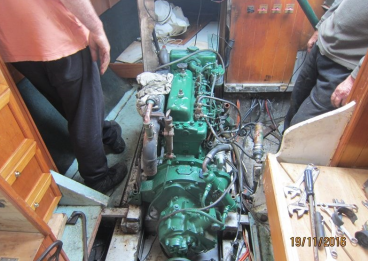