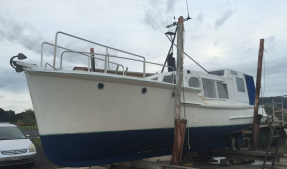 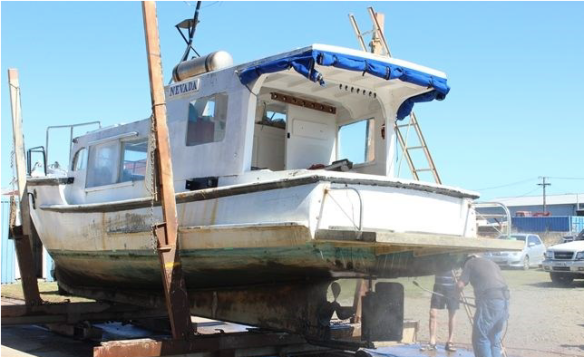 Nevada was built in 1942, measures 32’ & is built with split strip kauri planking. Her first role was as a cargo boat for Tauranga Ports, later on she was converted for commercial long line fishing, before being retired for pleasure fishing.
Her zoom zoom is a 135hp Ford Lees diesel.
Home these days is Helensville on the Kaipara & her owner according to the trademe listing (thnx Ian McDonald) was also born in 1942 & the up keep on Nevada is just too much, thence the sale.
Her interior is crying out for some love – for the right price this has the bones of a goof project.
Had a stunning Labour weekend cruise around Waiheke Island, very few woodys out & about, I suspect with the greta forecast, a lot would have headed further north e.g. Kawau Island.
Had the misfortune to get rammed by a rather large vessel that drifted anchor in Man O War Bay on Saturday afternoon – observers say he had very little chain out. A few bumps & scratches, he did come over later on & supplied contact details. Not major damage, just a pain-in-the-ass to have to fix.
Unbelievably I did not take the camera out of its bag the whole weekend. Enjoyed some great hospitality, afloat & ashore. Sunday nights dinners (at the family of good boating friends waterfront island house, was to die for – multiple bbq’s + a smoker = slow cooked beef, chicken & smoked beef spare-rib brisket. Carnivore heaven 🙂 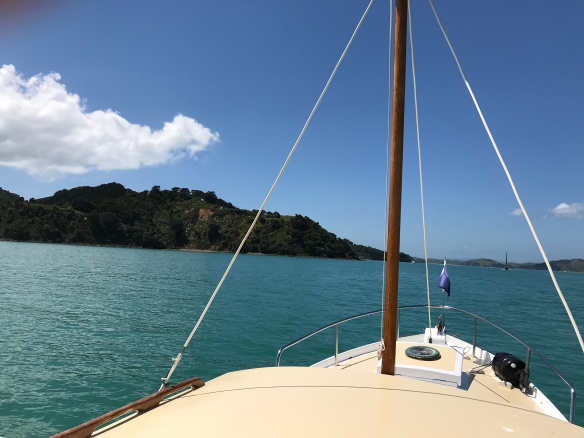 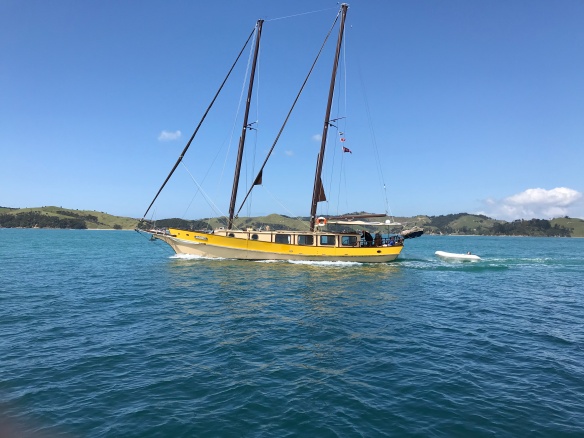 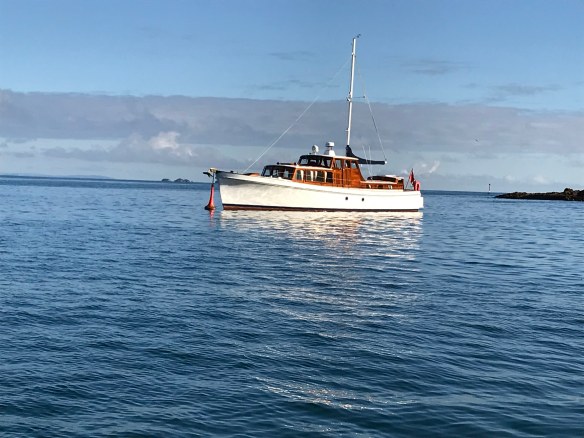 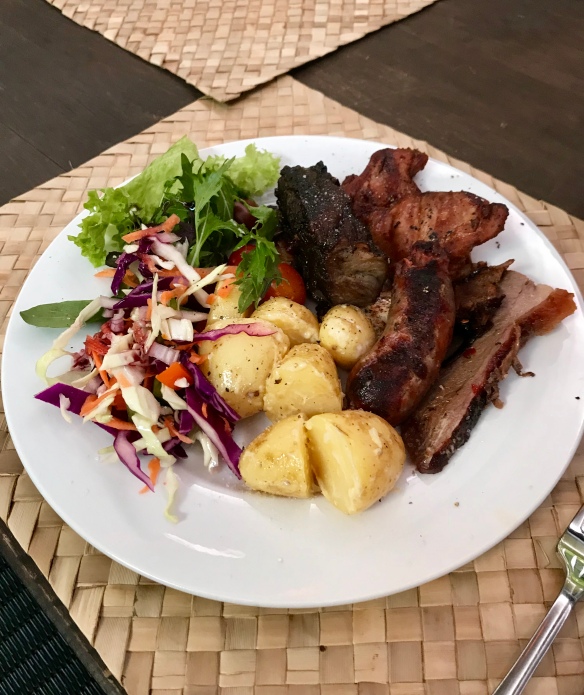