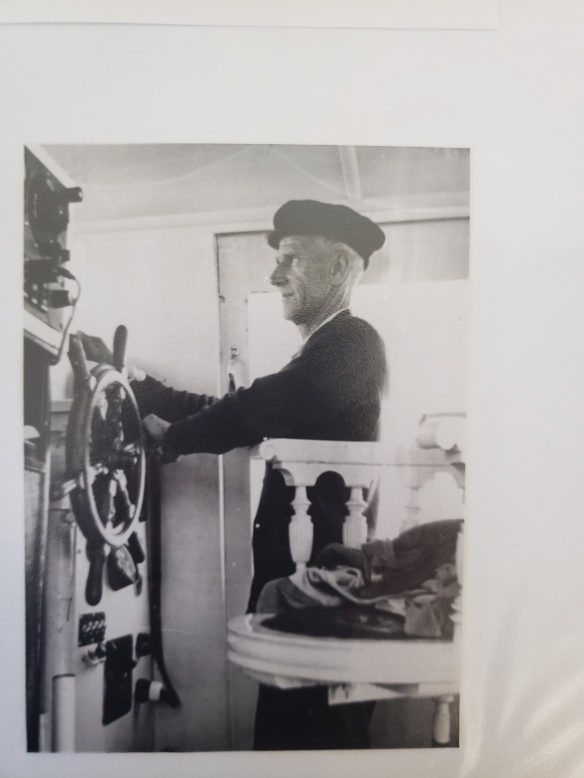 LADY MAVIS
WW was recently contacted by Kathy Makan asking for help in her quest to track down the launch – ‘Lady Mavis’ for which she has been searching for some years now.
Lady Mavis was built by her grandfather Ray Sutcliffe and Kathy spent every moment of her childhood from the day she was born into her 20’s on her.
Lady Mavis started out at 32′ built in Ray’s back yard and was launched in 1954 at Browns Bay (North Shore, Auckland). In 1958 she was lengthened to 42′ at her grandfather’s factory at Barrys Point Road, Takapuna where he built flat bottom boats for flounder fishing and dingys for HC Kitchen Ltd.
Her radio number for calling Music Point was Z.M. 2117.  Kathy believes she was built of kauri with two six cylinder engines.  Ray was appointed an ‘Honorary Launch Warden’ in 1963 under the Harbours Act 1950 by the Minister of Marine.
During summer months she was moored at Waiake Beach in Torbay where they lived and would then be shifted to the Milford Marina during winter. The family cruised extensively to Rangitoto, Tiri, Rakino, Motutapu, Wade River, Kawau Island, Mahurangi River to Warkworth, Great Barrier Island, Coromandel and their favourite the Bay of Islands.
In the photos above we see Lady Mavis & Ray Sutcliffe. Ray’s family were friends with the Fullers from the Bay of Islands and used to go fishing with Mr Fuller on his first launch ‘Udine’.  From his late teens into his twenties Ray used to catch the steamer ‘Clansman’ from Auckland up to the Bay of Islands where he spent his holidays  out on the Fuller’s launch ‘Knoxie’ and going out on the ‘Cream Trip’ as well as other special trips.  He used to stay with the Bullen family who was Mrs Fuller’s sister. Below is a photo of Ray with a kingfish caught on Mr Fuller’s launch ‘Udine’, as well as photos of ‘Knoxie and the ‘Clansman’. 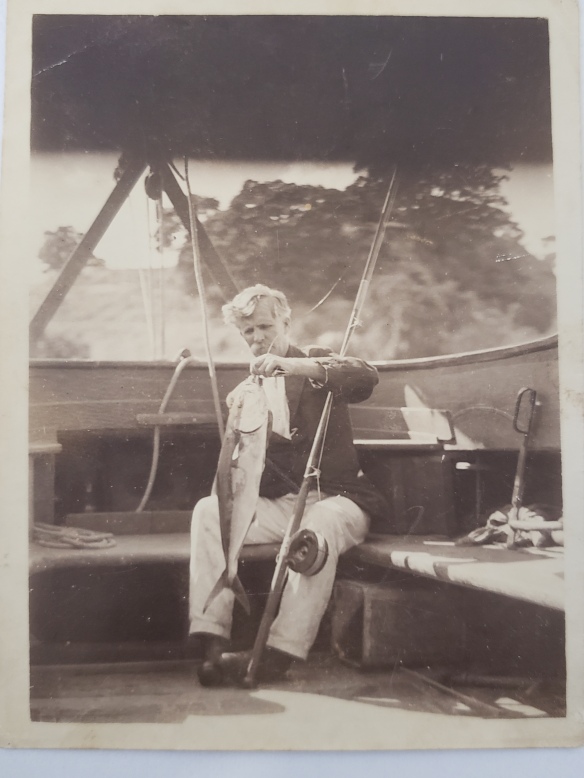 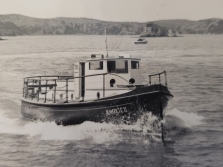 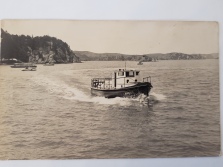