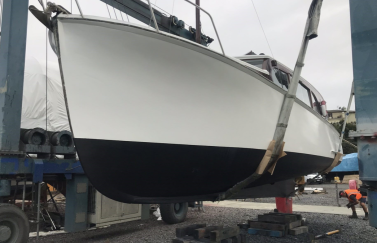 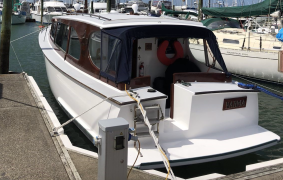 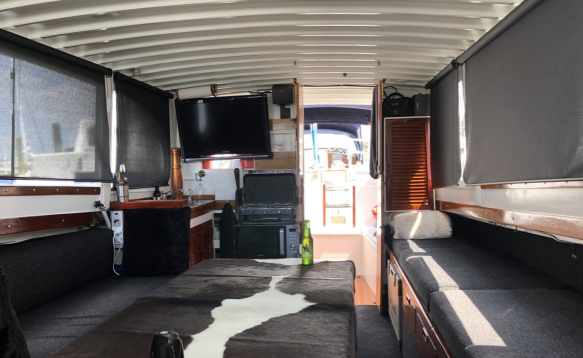 The launch Parma hasn’t made an appearance on WW, other than a small cameo appearance, mainly because many moons ago, back in the heady days of the CYA forum, I got my hand slipped for saying that Parma held the record for the longest appearance on trademe :-). While life moves on, my skin is thicker and I suspect she is / was in new ownership.

I note in her current trademe listing the question is asked about previous ‘rot’ issues which we are told have been righted, so today Parma finally gets a chance to shine on WW.

What do we know about her? – she was built in 1958 by Brin Wilson, carvel planked, measures a tad over 34’ and is powered by a 1970, 6 cyl. Ford (Fordson 2700 series) 40hp diesel engine.
She appears to be presented in good order and is well fitted out. Owner must have a taste for Heineken 🙂