Somethings Not Right Here + Woodys On Tour
I was sent the above photo by Bruce Yarnton, it had both Bruce and I confused for way too long…………
Interesting mix of vessels – anyone able to tell us what was happening?
Woodys On Tour
The WW t-shirts crop up all over the world – in the first photo below we see Allan & Pamela Hooper on board the 1922 schooner – Ladona, they spent a week sailing on her from Rockland in Penobscot Bay, USA.  The other photos see Allan out and about in Maine. 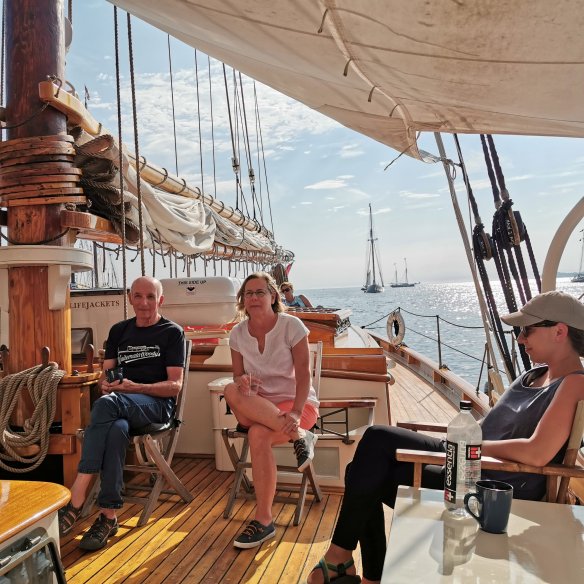 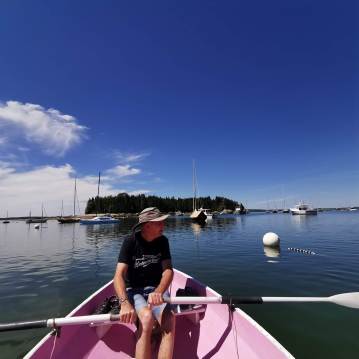 Woody yachty Steve Horsley has been in South Africa shooting Lions (only joking) it was a family wedding and Steve was flying the WW flag in Simonds Town where the Naval base is situated. Rumour has it he bought the Captain Pugwash boat (the Black Pig) to replace Ngatira 🙂 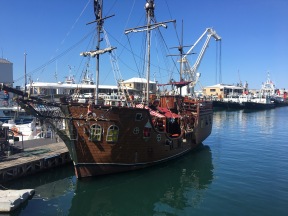 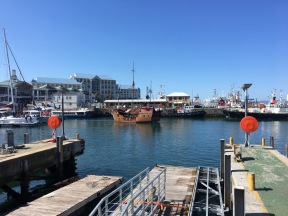 3 thoughts on “Somethings Not Right Here + Woodys On Tour”