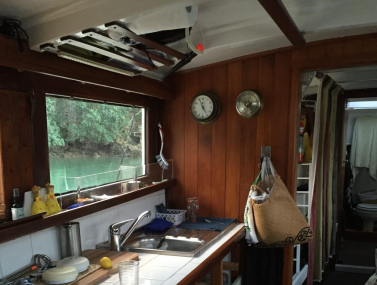 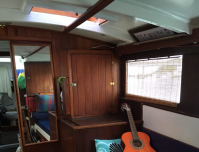 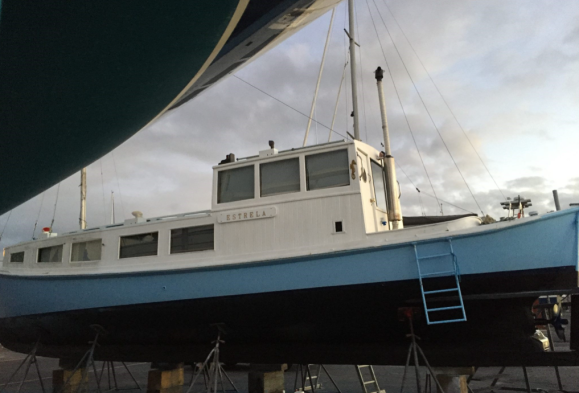 ESTRELA
Estrela a double-ender, triple skinned kauri launch was built be Joe Fell in 1920. Her zoom zoom comes from a Hino H07C- 158 hp diesel.
She  measures 43’in length & from her trademe listing (thanks Ian McDonald) she appears to be very well kitted out.
At 42′ with her hull & the Hino engine, she must have a healthy turn of speed.
Being a double-ender makes her very distinctive so hopefully we can un-cover more on her.
Update – Woody Chris Leech has asked if the above launch is previously named Dawn Star, once owned by ex DYC member John Mitchell – see photo below. Sure looks like it to me (AH). 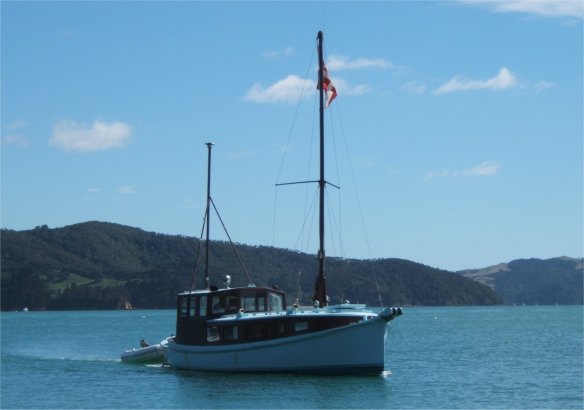 Input from Harold Kidd – I didn’t know that Joe Fell built double-enders. The rest of his launches were mainly cream launches for the Hokianga Dairy Company and clones of SIERRA with a tuck stern for carrying capacity. I wonder which one she was originally? Can’t place her.
Dave Jackson will probably know.