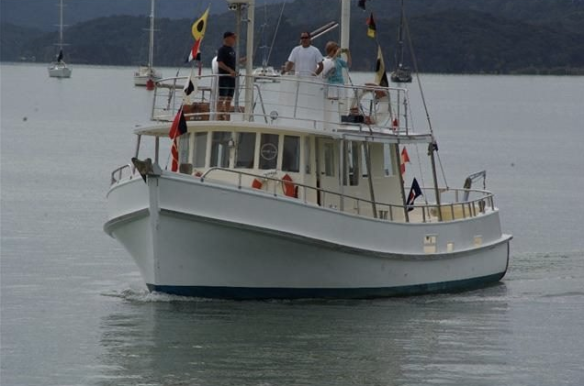 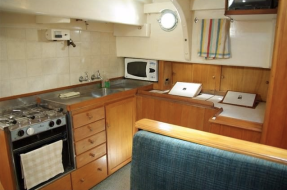 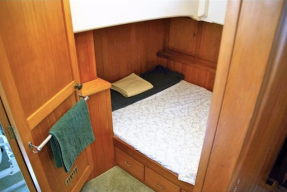 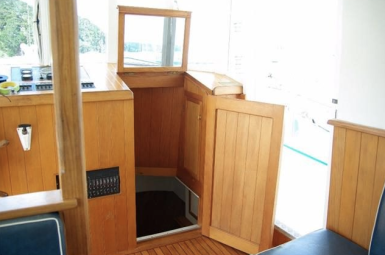 This 45’9” 1966 classic trawler styled Carey motorboat is built using stripped planked kauri & powered by a 135hp Gardner 6LS engine. She was converted to a live-aboard & ticks all the boxes for what I call a floating bach.

Asking price on trademe is $249k, I suspect it will sell for less but what ever the price – it’s a cheap holiday home or a city waterfront apartment. Again thanks to Ian McDonald for sniffing this one out 🙂

Update from Ian McDonald
It would appear that the vessel is ‘Kaheno’ – desined by Carey of Picton & built in 1966 by Sinclair & Melbourne. She was once owned by the Salvation Army to service Rotoroa Island. She tragically sank with the loss of 4 lives in the Tamaki Strait circa 1986 whilst carrying timber as deck cargo from memory.