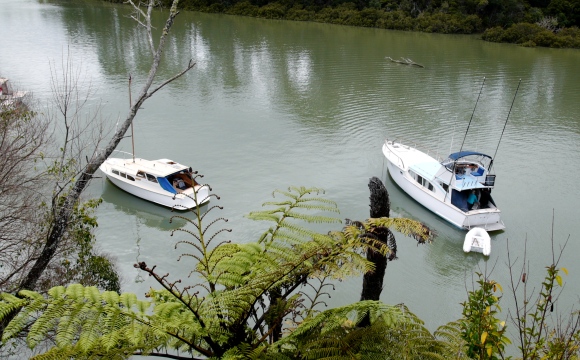 On the weekend CYA cruise to the Riverhead Hotel we were joined by (to me) a new classic on the CYA scene, Venture. Keen to learn more about her & what lies underneath the ‘addition’.

Neil Lineham has advised Venture was built in 1961 by Morrie Palmer and apprentice Chris McMullen for Stuart and Peter Opperman. The boat built after her (1963) was Neil’s fathers boat Oranoa, built in the old police station at Clarance St Devonport. Oranoa is still owned by the Lineham family.

Venture was built by M. G. Palmer at Devonport launched in 1964 the first owner was a Mr Hudsmith he owned her for 30 years . The design for the 36′ Venture was ‘influenced by’ Colin Wilde. She is powered  by 86hp 6cyl Ford Trader she used to have a 30hp Perkins wing motor it was removed by the owner before Jeff. Jeff has owned venture for 15years and is in the process off doing a tidy up and a repaint off the top sides . They are going to glass the hull next year and maybe a re-power as the trader is getting very old but still runs perfectly, Morrie told Jeff , there is a sister to Venture but it is a bridgedecker , Morrie built Venture for himself but had to sell her before she was finished . Venture was a very good game boat in her day but now she is just a cruiser. 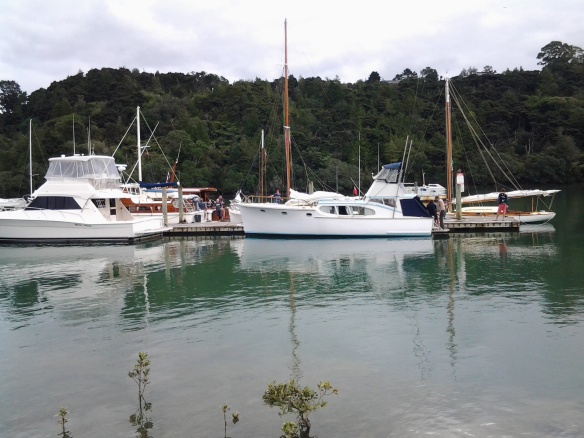 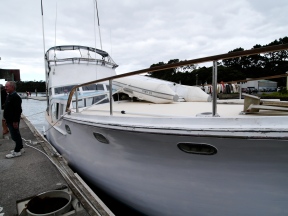 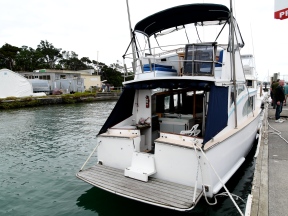 22-10-2020 UPDATE – WW has been advised that the 36’ Venture suffered some damage in March this year when she was pulled out for antifouling. As a result she was leaking about 10litres a day and has been out off the water for about a month now. Owner Jeff Norris commented that she is a  easy fix to make her dry again, e.g. the hull needs  a really good rub back and coat of paint, some corking and scrape back.

Jeff has decided to sell her as is, and at a price of around $15k, could be a good entry point to classic wooden boating. Move quick – she goes on trademe soon.

And just in, a trip report from CYA chairman Rod Marler, currently in New York. Rod did a circumnavigation of Manhattan on this fine ship yesterday. I would say she is a replica but her heart is in the right place 😉 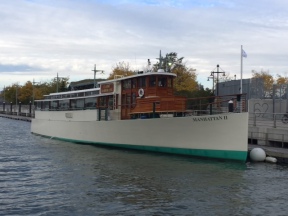 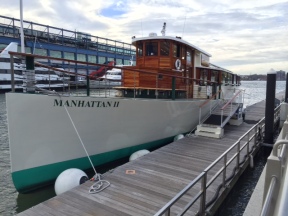