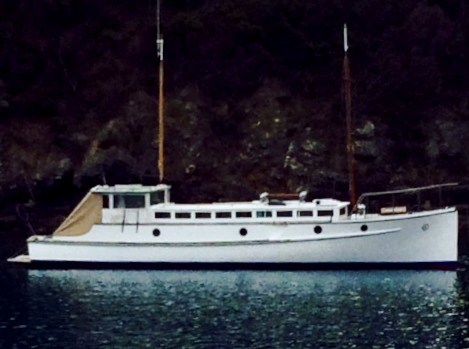 The above photo of Aloha was taken in Bostaque Bay. Aloha was built by at St Mary’s Bay see below

What more do we know about her?

ALOHA was built at St Mary’s Bay in 1926 by Charles Robinson, not Dick Lang. Robinson had been building at Ohinemutu, Rotorua for many years from about 1909, for a time with Percy McIntosh, who moved to Whangarei in 1911. Robinson carried on at Ohinemutu until the 1930s. He built the keel yacht MAHOE at Ponsonby in November 1894. He worked with James Clare for some years and went to Tonga with him after building MAHOE. A most neglected builder (and a very fine one).

The Aloha was bought from the Wilkinson family in 1965 or 66 by Tom Wood. Tom had crewed on the Aloha as a youngster and had been told he would have first choice if she ever went on the market. He was given the choice years later when Mr Wilkinson died. When Tom bought her she was powered by a power kerosene motor which had to be started by filling priming cups with petrol. I think the motor was a Commodore. Tom changed the motor for a diesel which was still in her when he eventually sold her. He used to tell the story of how as a young crew member he and his mates would swap from kerosene to petrol when they were racing in a regatta in the Whangarei Harbour – much to the skipper’s annoyance as he thought petrol was too expensive!
Tom was a bachelor and my  late wife’s, cousin. For many years he took me and my family of three  youngsters and one or the other of their cousins cruising every Christmas. We cruised from Whangaroa to The Barrier for many wonderful cruises. She was a large part of my young family’s life after my wife died shortly after Tom bought her. What wonderful experiences for my kids who grew up with a love of the sea. Most years we cruised in company with  Aumoe owned by Selwyn Wilkinson. The two boats ofter made a great sight cruising together or rafted up together for the night. Tom lavished a huge amount of care on the old girl and I was sad to see her a few years after Tom died looking sad and bedraggled  as some sort of fishing smack. However I saw her again some time later moored in the Whangarei Town Basin looking her old smart self. She was renowned for her long saloon table but I understand it was removed at some stage. That’s a pity.
The boat shed shed she lived in still remains as one of a group of three at the entrance to the Town Basin, The Aumoe’s shed was next door and also remains. They are all that is left of historic buildings at the Basin.
I am so thrilled to see someone is recording the histories of these lovely old ladies of the sea. I have a few photos of her if you are interested. The photo of the Aumoe alongside the Tiri was taken from Aloha. We called on the Tiri on our way back from the Barrier and were
invited on board. I remember the radio crew played a request for us after we left them – and a crate of beer, for which they were very grateful!
Bert Boswell

The photos below are from during the Tom Wood ownership period. Tom was Deb’s uncle. 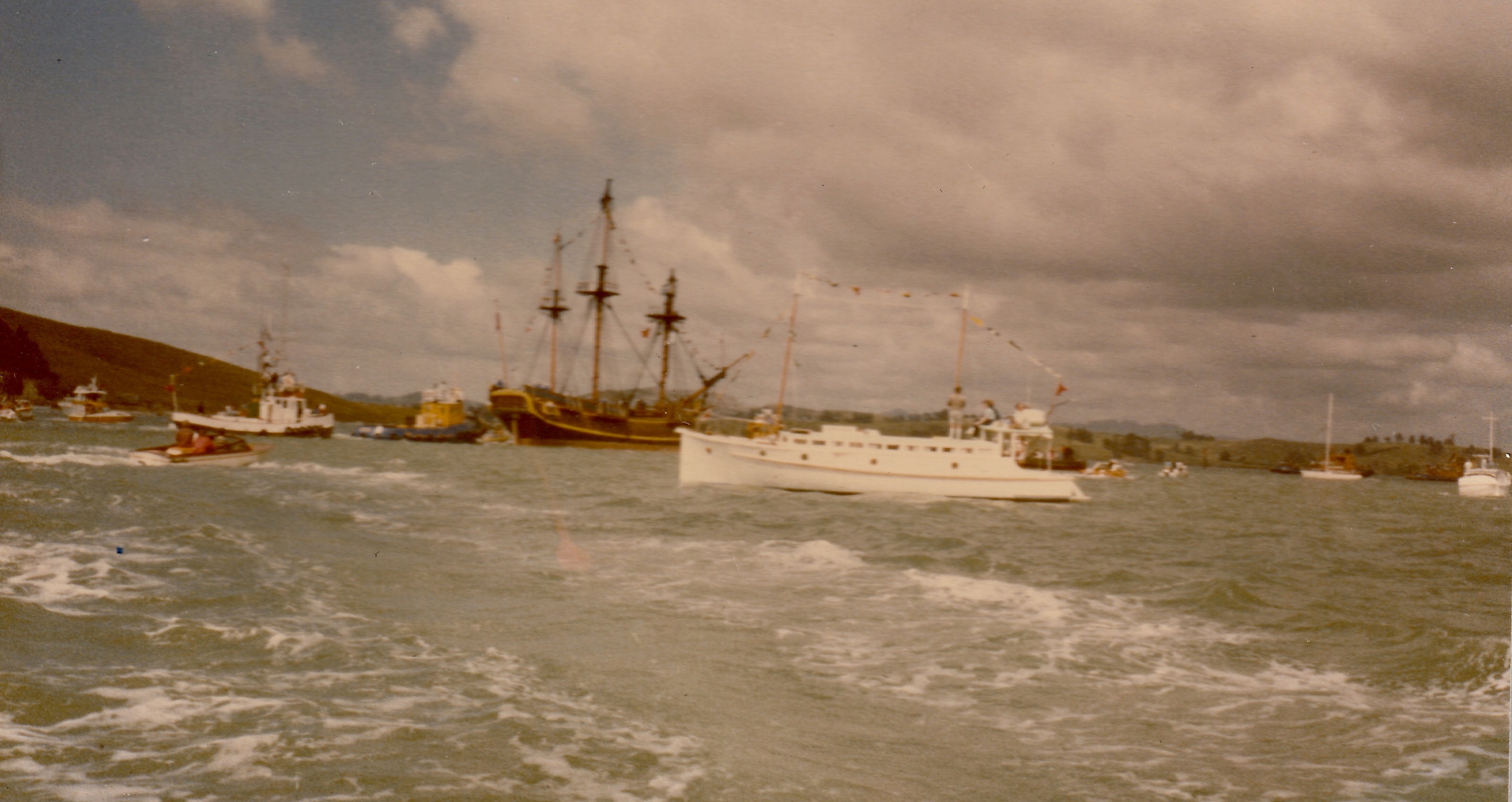 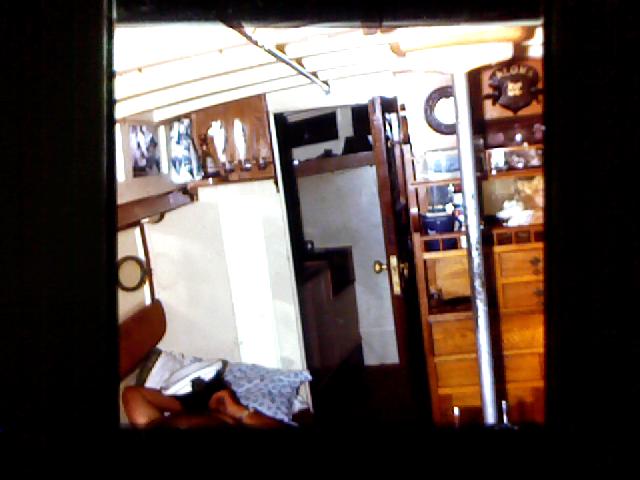