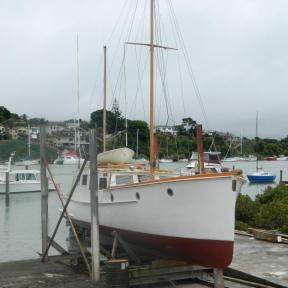 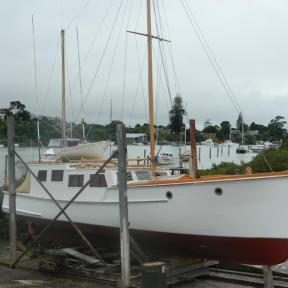 Ward House & Bob Stevenson  had their 1923 Ernie Harvey launch out recenty at Tamaki to take her underwater surface back to bare wood & treated with Chem Bar (the Altex equivalent of International Primercon), the topsides received a splash of paint as well- looking very sharp for a 90 year old.

Update 23-12-2019 La Rosa hauled out for some TLC, interesting to note the no growth of marine animals what so ever around metallic parts after being in the tide for 3 plus years. Note, no propspeed as well. Baden Pascoe supplied the photos and commented that if she had anodes she would have needed a tow to the slip. 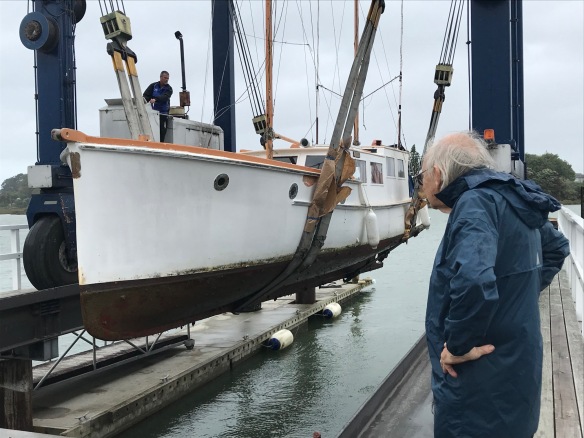 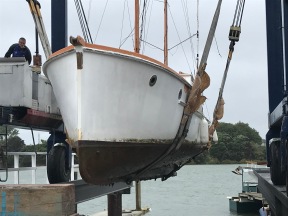 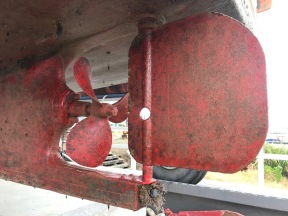 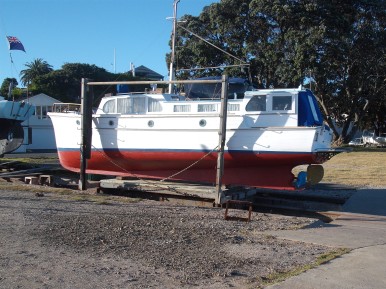 Chris Leech’s 1947 Dick Lang launch seen here on the slip at the Devonport Yacht Club. Once a familiar sight on the harbour, lately its rare to see her away from her marina, Chris has almost earned the ‘floating man bach’ award 🙂  Hopefully this work will mean she is out & about more.

3 thoughts on “Castaway & La Rosa On The Slip”