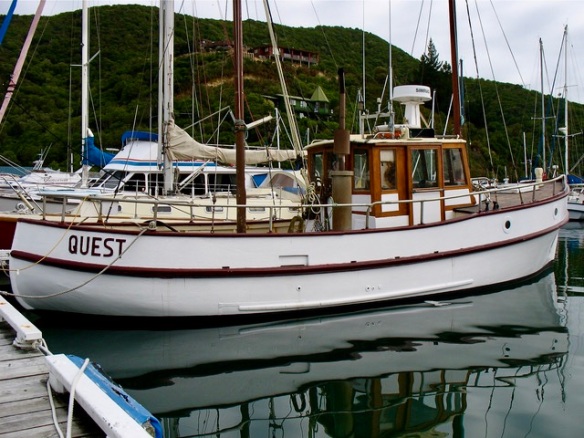 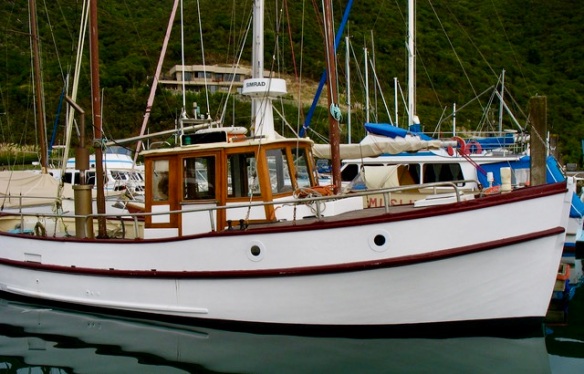 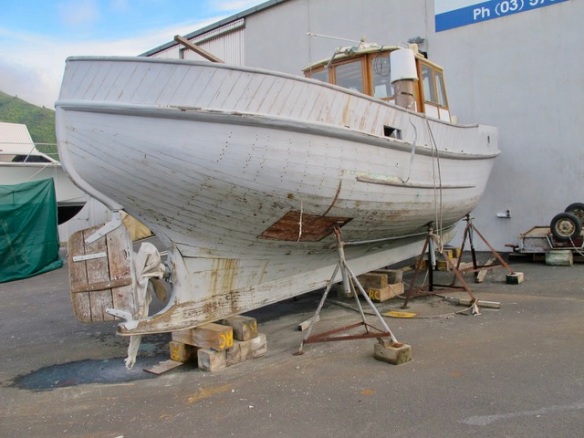 QUEST
Earlier in the week, we featured the ex work-boat Quest II, this prompted John Gander to send in the above photos of the 33’ Quest, built by Roger Carey in 1959, her beam is 9’9” and she draws 4’6”.
Roger built Quest to be his families boat, but later sold her to a Southland farmer who then in 1964 sold her into commercial fishing. John understands that Quest fished the waters about Stewart Island. In the 1970’s > 1980’s period she also fished the waters off Southland.
Sometime in early 2000 she returned to Picton, where John took the photo’s of her in the marina at Waikawa in 2008. John commented that she looked to be well kept and in a tidy condition, her engine a 5LW Gardner. She was then lifted from the water onto the hardstand and as the photo taken in 2013 shows she has deteriorated with her hardwood planking drying out with considerable shrinkage.
John remarked that doesn’t like to look at Quest now that she is in such a sad state, having been fitted with a tight fitting cover and John fears that with lack of ventilation her condition will deteriorate further.
(special thanks to Dean Wright for facilitating getting the story to WW)