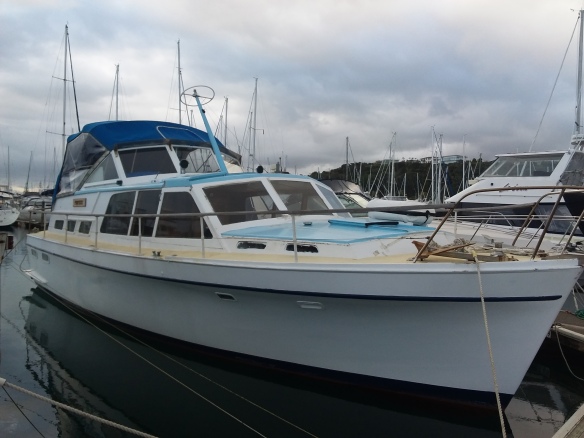 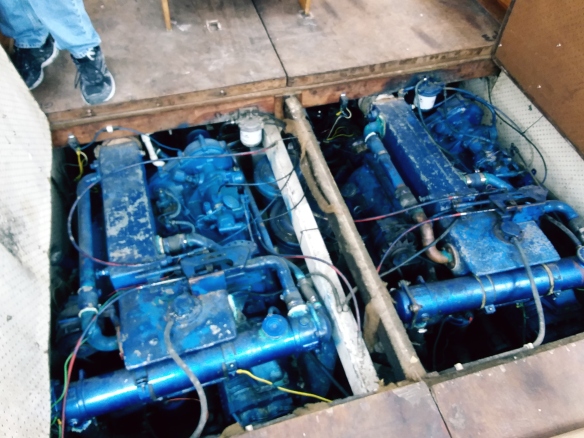 Mark Erskine was prompted when reading the recent WW article on the 1957 Owen Woolley launch to dig out the above photos of the 1967/68 Owen Woolley, twin 140hp TS3 powered launch – Proteus.
Todays photos were sent to Mark  by the then new owner, Terry Poole in November 2018. Terry had just purchased the launch – that had been moored in Wellington for years and had the launch transported by road to Auckland. The launch had been neglected and remained unused for many years before selling to Terry, and both TS3 engines – that would have been fitted from new – had done low hours. In the 3,500hrs range each from memory.

Both engines have rare, locally made, cast alloy marine conversions, including water cooled exhaust manifolds, coolant water reservoir that bolts to the engine thermostat housing, incorporating a mounting for Lees type heat exchanger, separate oil coolers, etc. Mark commented that he had seen this marine conversion on a previous single TS3 engine launch and although that conversion was badly corroded by decades of mindless neglect, the conversions appeared well designed and made. Mark doesn’t know who designed them or where in NZ they were cast, but possibly a long gone foundry in Otahuhu.

Mark has not seen Proteus in person and like us would be keen for an update on the status of the vessel. She does looks very similar to the Wellington based 1968 Owen Woolley launch – Acheron (also twin 140HP TS3 powered), but without Acheron’s  6 foot extension to the stern.

So Woodys – does anyone know where Proteus is (Gulf Harbour?) and intel on her?