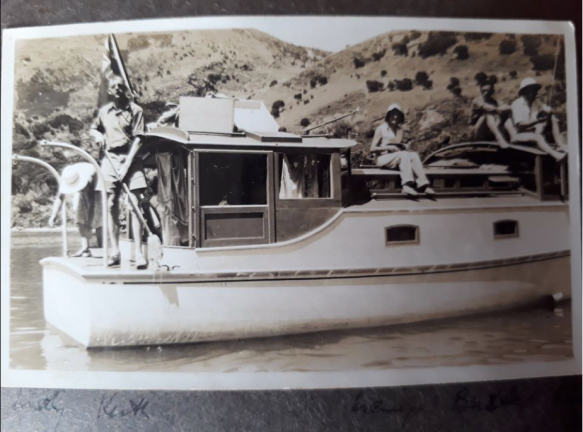 SILENS
Another woody making the trip to Clevedon was the 1912 Harvey and Land built launch – Silens, owned by Rosanne and Brian Fulton. Pictured above on the outside of Trinidad.
As fate would have it, she popped up yesterday on Derek Hislop’s fb page (b/w photos above).
There are four great photos at the WW link below showing the evolution of Silens.
https://waitematawoodys.com/2019/04/22/the-evolution-of-silens/
A Call For Help
Recently Errol Keegan’s vehicle was stolen and in the boot was his 34′ Carl Augustin Bonito – rudder and sleeve ( shaft housing and admiralty gland ). Errol is wondering if any woodys would have a second hand one or plans, so he can have a replacement made?