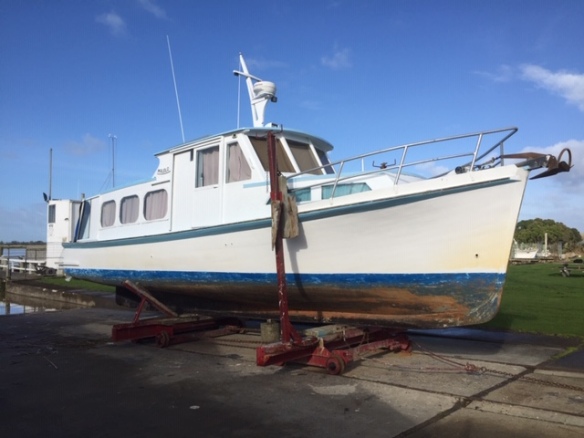 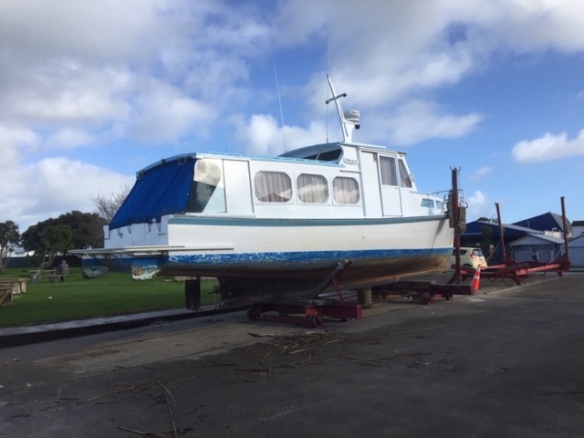 David Stanaway recently sent in the above photos of the launch Malolo. As seen here hauled out at Dargaville.
David commented that Malolo drew a blank with him re any details on her builder and history – maybe one of the West Coast woodys can enlighten us, come in Zach Matich 🙂
I’m in Thames, so will mooch down to the marina and grab a few photos.
Harold Kidd Input – MALOLO is a common name for boats = ‘flying fish” in generic Pacific languages, the equivalent of Maroro in Maori. I have a splendid oil painting of the fishing launch MARORO AK171 in the Viaduct c1970 which could easily be this launch. H A Richards of Harlston Ave Mt Albert had a MARORO from 1952 to 1957 at least that could be this boat too. I would think she was built about 1950.