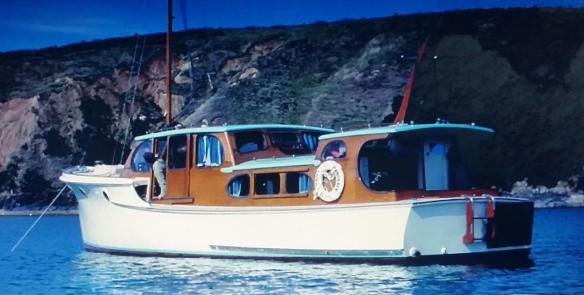 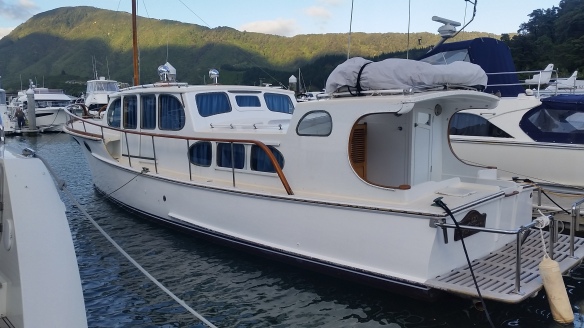 LADY MARY > HAPPY WANDERER > LADY MARGARET
Woody Mark Jarvis sent me the above 2 photos of one of his families old boats – the top photo, in Auckland, was taken during their ownership c.1964/65. When they owned her, she was called Happy Wanderer, later changed to Lady Margaret. In the bottom photo, taken recently by Mark, we see her in berthed in Picton.
Mark commented that the 38’ boat was a 1948 home build, but to a high standard to a Colin Wild design. Zoom zoom was / is via a Ford 6 cyl. diesel.
Aside for sharing the photos of a beautiful woody – the main reason for todays story is point out how aesthetic trends change the look of boats e.g. the character gets bleached out of them as time passes even if the condition is maintained. Comparing photos you will see that there has been a number of useful additions but still the same cabin albeit minus a few tasteful styling details but in both our eyes still a good looking boat even in nice monochrome condition 🙂
Any woodys able to enlighten us more on LM’s past?
Input from Bob Deacon – “My father built this beautiful craft inMt Albert Auckland. Launched in 1955 at Okahu Bay then named Lady Mary unfortunateatly father passed away 1956 The Lady Mary was sold to Mr John Senior senior of aboat building company. the name was changed by Mr J Senior to the Happy Wanderer. When launched it was powered by a 6 cylinder Perkins later changed as stated.If further info is required I am more than happy to oblige as I was with my father thru the whole build. I am sure photos will be found of and during the build even of the timber for the keel {which was 42ft long} arriving.”
26-11-2019 Update – LM has been sold and is on her way back to the northern waters. Currently at Mana after an uneventful trip from Picton, and scheduled to be trucked to Auckland approx. 30th November. Once in Auckland her new owner, Alistair McRae will point her northwards to call Whangarei home (bugger). 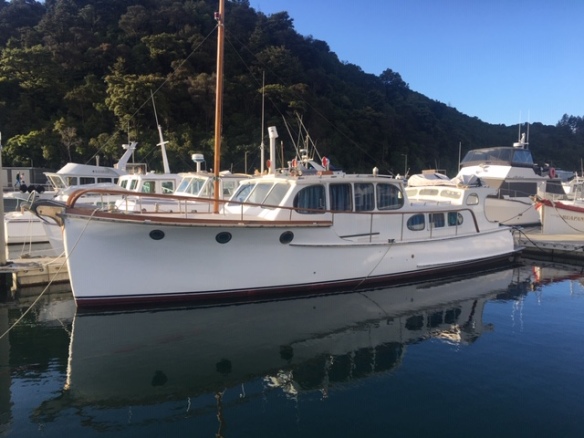