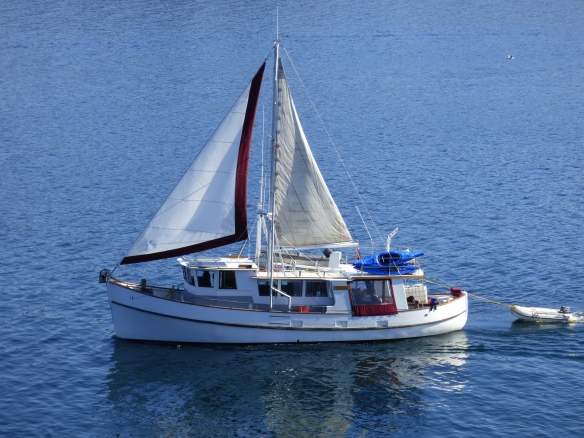 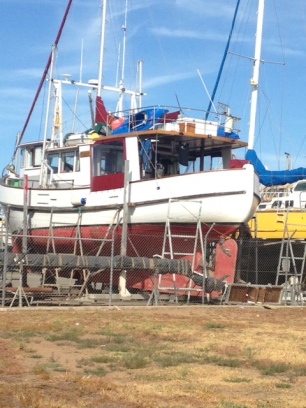 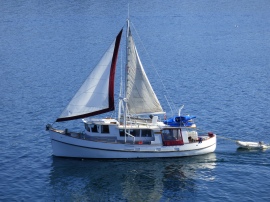 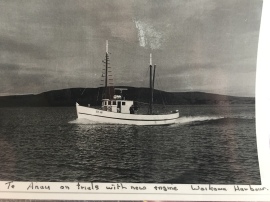 I was recently contacted by Mike O’Dwyer in regard to boat that is currently visiting Napier, Mike’s home town.

It is called Te Anau, currently owned by Mike and Julie Trewern from Port Chalmers.

Designed by Henry Miller (Miller and Tunnage) originally as a trawler, Te Anau has been converted to a  now a very comfortable live-aboard measuring just over 50’ with a 13’ beam and a 6’ 6” draft.

Te Anau was launched in 1956 after being built at Scotts boatyard in Invercargill from Tallowood, an Australian native timber belonging to the Ucalypt species. It is a naturally oily timber with a high tannin content.

Forty-eight of theses motors were imported in the sixties to power the Chatham Island crayfish boats.

Mike and Julie are currently on a prolonged cruise and after leaving NZ in Sept 2016 have visited Queensland, New Caladonia, Vanuatu and Fiji returning to NZ in November last year.

They plan to cruise for another 18 months which may include another offshore stint.