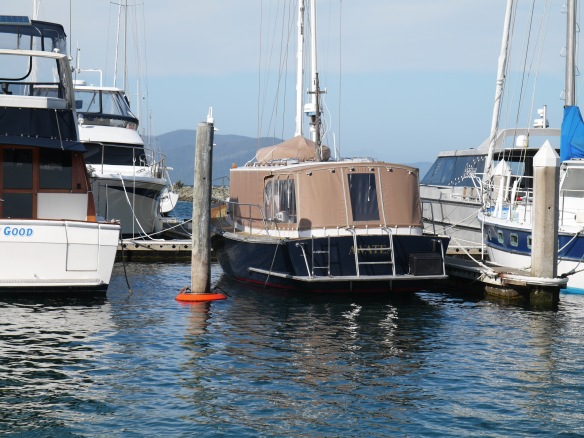 The above photos are ex Barbara Cooke’s & my camera. The launch Awatea is shown above at the Waikawa Bay Marina, Queen Charlotte Sound.

She appears to be a very well cared for classic. Any of the southern Woodys able to shed some light on her?

Awatea is 11.5 meter and designed by Bruce Askew for me in 1993 .
She was built by Chris Morrison in Christchurch and launched in Lyttelton in 1995.
The hull is strip planed with Totara cabin sides , silver pine lined coach roof , kauri trim.
Power is from a Yanmar 4JH2UTBE 100 hp diesel.
She cruised comfortably at 8 knots
I cruised her round Banks Peninsula for a season then steamed her up to Havelock where we used her as a sounds commuter. She was sold in 2000 and relocated to Mana marina.