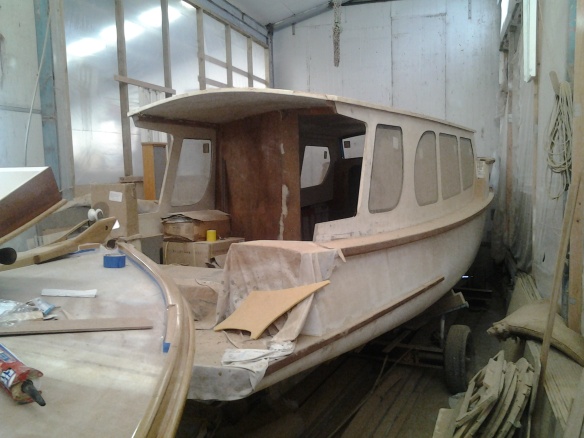 Waione is approx. 32′ long & these days is cared for by Steve Taylor, the son-in-law of the  elderly owner Dorothy McCabe. Steve told KR, he thinks she may have been built by Baileys but is not sure, so input from other woodys would be much appreciated, to confirm or correct this.

Waione was bought by Dorothy & her late husband Jack in the mid 1990s, Jack passed away in 2001. Currently Waione is being refurbished for Dorothy by Steve. She has an 80hp 4 Cyl Ford diesel, the same engine when the McCabes bought her.

Dorothy  has advised that Waione was originally owned by  the Alf Court family & Dorothy has seen a  photo of Waione from that era, shown to her, by one of her own family, who is married to a member of the Court family.  Dorothy has also been told that the boat may have been intended to be taken to the Pacific Islands, which never happened.

When the McCabe’s bought her, she was at Gulf Harbour & they initially moored her after they purchased her, at Herald Island, but they later moved to the Warkworth area & took her to Mahurangi, where she is now moored, when in the water, however she has been undergoing her present refit for some time. In a past life she may have been moored at Milford Marina.

While its hard to get a good view of the boat from the above photo, KR commented that it appears  the present coamings are not original, although aesthetically acceptable & appropriate.
Interested to hear from any woodys that may know more about Waione’s past.

A former owner to c1985, Dean Silich, thought WAIONE was built by Joe Wheeler at Bayswater c1970 which is more likely than Baileys, frankly. Joe Wheeler died in 1972. 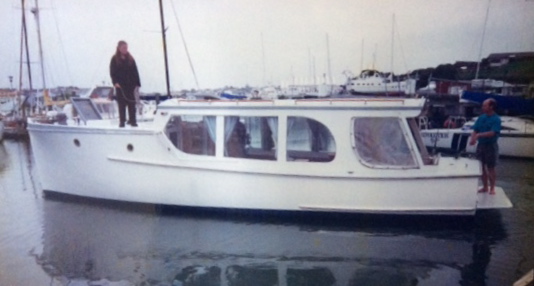