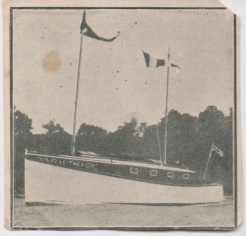 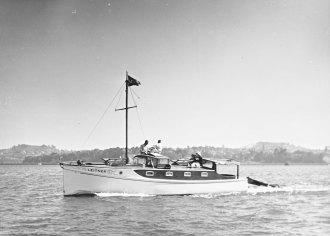 1. Update from Ken Ricketts – The Leitner was owned by the late Trevor Davis who’s father Sir Earnest Davis bought her for him, in the later 1920s & sold her when he bought the Glenifer for his son, in 1932. — Ken’s father Ralph Ricketts sailed on her on most trips.

2. Update from Adrienne – Built 1913 by Harvey & Lang with a Buffalo engine supplied by David Reid.

Research in the NZ Past Papers, reveals that she regularily raced around the Auckland Harbour (Ak Anniversary Regatta) from around 1913 thru to early 1930’s and the skipper was a certain Colonel White.  She raced as a Bona Fide Cruiser in the 8 to 10 knots division and on one occasion finished a 10 nautical mile course in 3hours 41 minutes and 46 seconds.

Leitner is currently owned by Roger Clark and partner and cruises out of the Whangarei Cruising Club. At some time she was ‘converted ‘ to a sort of bridge decker-type. The hull and trail boards are still original and some of the windows were used in the conversion. 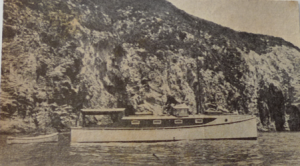 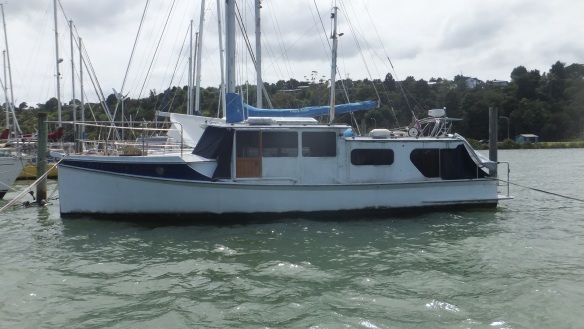 Leitner is presently owned by Roger Clark of Whangarei & is moored at Kissing Point. Roger purchased her approx. 5 years ago from Half Moon Bay, Howick. She has a Perkins 6-354 which is an identical replacement fitted about 3 years ago, of the engine she had when Roger purchased her. 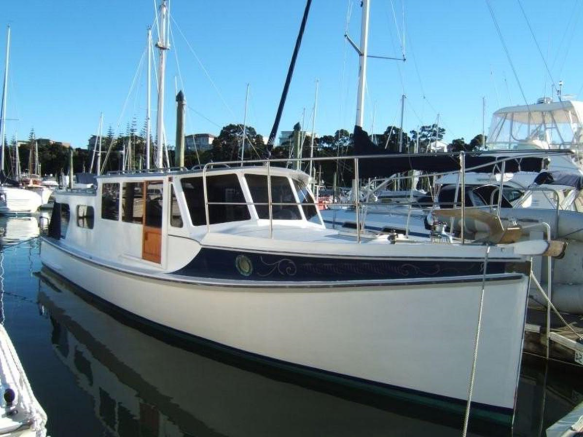 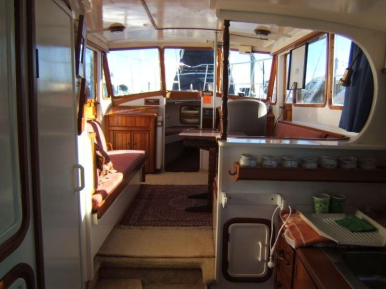