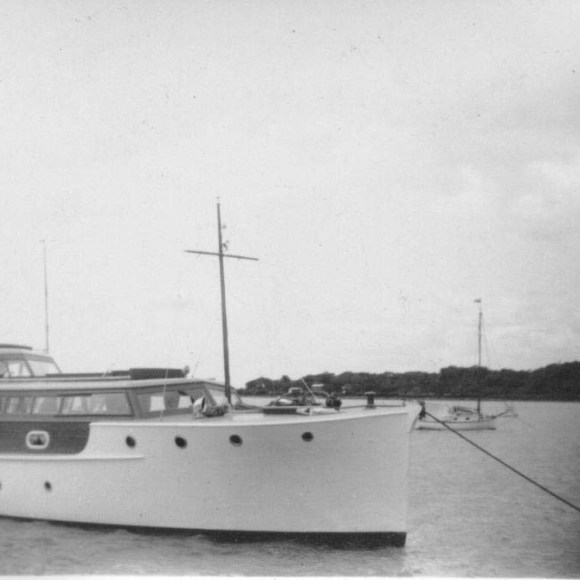 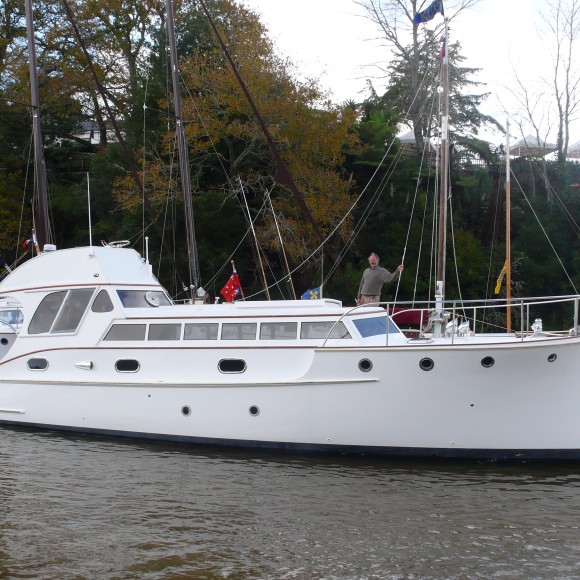 MAKA MAILE
Not sure of builder, originally had 1 engine of unknown make replaced with 2 x Ford V8 flat head petrol engines in about 1948 at Westhaven & Ken Ricketts remembers viewing the work in progress. Owned c.1947 by a very quiet reserved couple named Lennox-King.

MAKA MAILE (correct spelling) was built by Sam Ford at Ellerslie in 1937 for R.E. Farrell of Titirangi and named after his father Percy’s one rater centreboarder built by James Clare in 1898 with which Farrell had dominated racing on the Manukau. She originally had a Chrysler Crown plus an Adams but they were replaced by twin Scripps Ford V8s. Later gain she had a BMC Commodore and a Ford. She is now back in the Farrell family.

CHAPTER 2
Update from Ken Ricketts post meeting the current owner on 19/05/13
She is now owned by a Mr & Mrs Nick & Raeleen Prentis, & kept at the moment, at West Harbour Marina. They bought her in April 2004 off Mr Ken Farrell, who had stored her for over 25 years in dry storage, initially in the Glendene area, & then he moved her to McLeod Rd Te Atatu, where she was, when bought by the Prentises. They bought her more or less as an empty shell with no engines or interior, & he believes she may have had two unmatched engines, he thought perhaps a Fordson diesel & maybe a petrol engine.
He has now fitted 2 x 4 cyl Nissan Diesels. & has spent since April 2004 working on her, & making her ready for the water again, having amongst other things recalked the bottom, & resurfaced the topsides, & has been rebuilding in the interior, which is still not quite finished. She has only been back in the water for a month, after all those years, (as at 19.5.2013), & I think it’s really great that she’s back with us again — a lovely boat restored, & saved for posterity, and an important part of the Sam Ford history, & our boating heritage as a whole. Long may she be with us.