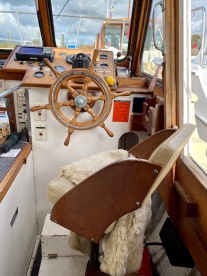 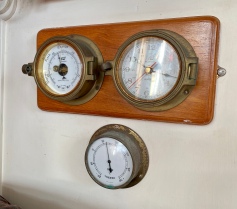 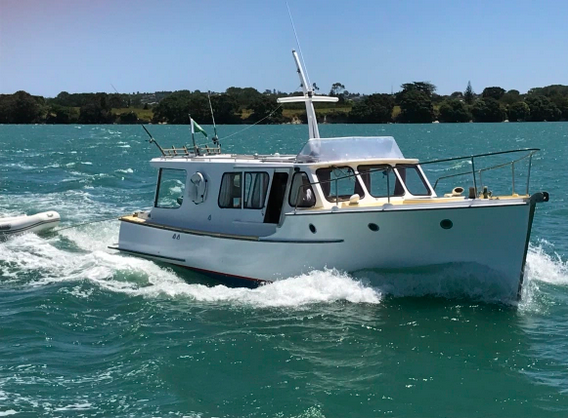 FIESTA – A PEEK DOWN BELOW
At the weekends Woody Clevedon cruise I got the chance to have a look aboard Gordon Love’s launch – Fiesta. I first spotted the woody back in late December 2015, anchored in Rocky Bay, Waiheke.
Gordon has owned the launch for 15+ years and Fiesta is a Panmure river rat 🙂
Fiesta was built by Phillip Lange at Hoppers Landing, Wade River in 1964. Build is strip planked 1”x2” kauri, with mahogany coamings. Specs are 32’ x 10’6” x 3’4″.
When launched she had a 6 cyl. Ford Trader diesel engine, this was updated with a 120hp Ford D series in 1986. She is still very much in ‘as launched’ configuration and is a very room launch.
I cruised alongside her on the way back from Clevedon on Sunday and she looked to be a good sea boat with a nice turn of speed.

4 thoughts on “Fiesta – A Peek Down Below”